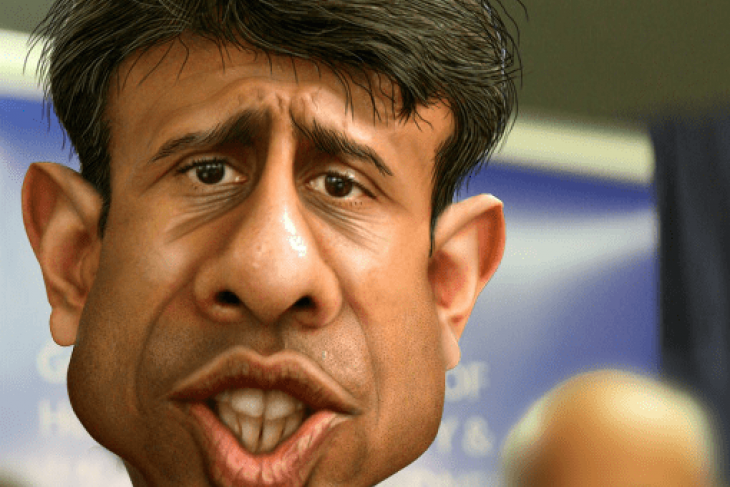 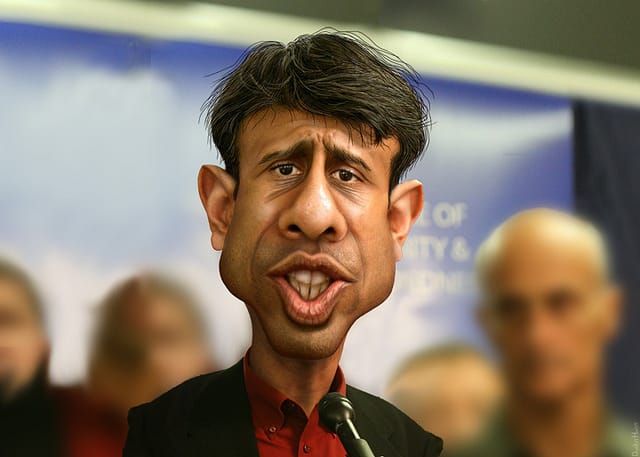 Ladies and gentleman, for meritorious service to further the cause of rigorous academic standards and educational excellence, please put your hands together for the governor of the great state of Louisiana, Common Core Man of the Year, Bobby Jindal!”

Jindal, as I’m sure you know, is suing the federal government over Common Core. And for this, he deserves enthusiastic cheers and undying gratitude from supporters of the Common Core State Standards. He has thrown into profound jeopardy the most effective talking point that their opponents have: that the feds forced national standards down the states’ throats and that Uncle Sam is illegally dictating what schools will teach. If this were true, any number of states, districts, or other stakeholders would have been in court ages ago. But they haven’t. The blunt fact of the matter is that this is powerful rhetoric atop an extremely weak legal case—like posting a “beware of dog” sign on your home when you own a beagle puppy.

Jindal’s suit alleges that the Department of Education forced adoption of Common Core through its Race to the Top program, which “required” states to “enter binding agreements to adopt and fully implement a single set of federally defined content standards and to utilize assessment products created by a federally sponsored ‘consortia.’”

The truth, of course, is that no state was forced to apply for RTTT funding (Louisiana did, won, and received $17.4 million). Fifteen states, insufficiently intimidated perhaps, skipped one of two main application rounds; four more didn’t apply at all. In all, nineteen states eschewed some part of the program, while a mere eighteen states plus the District of Columbia received RTTT dollars. Moreover, these federal aid-to-state programs, which condition federal subsidies on specific state actions, are legion—numbering a whopping 1,122 in 2010 alone. There is nothing particularly new, novel, or legally adventurous about any of this.

What’s in it for Bobby Jindal is clear enough. His about-face on Common Core has won him attaboys from the tea party, home of some of the most virulent anti-CCSS sentiment. Perhaps you heard that Jindal might be considering a run for the Oval Office in 2016?

But what’s good for Jindal is not good at all for his fellow Common Core opponents. And even they acknowledge that this suit will have little chance in court.

“The chances of prevailing are middling, at best,” blogs the Cato Institute’s Neal McCluskey.  “The courts in the past have been pretty lenient in cases in which Washington gets states to do its bidding in exchange for funding when the feds don’t have authority in the Constitution to do something.” McCluskey notes that the Jindal suit hinges largely on federal action “that doesn’t state outright that the Core must be adopted.”

Writing at The Federalist, Joy Pullman says “it’s about time someone with power and cojones took a stand,” while offering no opinion whatsoever on the likely outcome—but of course taking the opportunity to note yet again (cue the applause) that “federal laws explicitly prohibit the national government from directing, supervising, or controlling curriculum and instruction.”

A mere 15 percent of Americans polled in the recent PDK/Gallup survey believe that “the federal government should have the greatest influence on what schools teach.” Nearly twice as many say it should be the states; nearly four times that number say it should be their local school board. That’s a rout. When the court decides, as it almost certainly has to that, no, in fact, no one forced Louisiana or any other state to adopt Common Core, the most effective anti-Common Core argument goes, “Poof!”

Common Core has been taking a beating in the court of public opinion.  So why overplay your hand and take it to an actual, real court? I have no idea.

Ask Bobby Jindal, the 2014 Common Core Man of the Year.