Testing flexibility under ESSA: A primer on the pros and cons 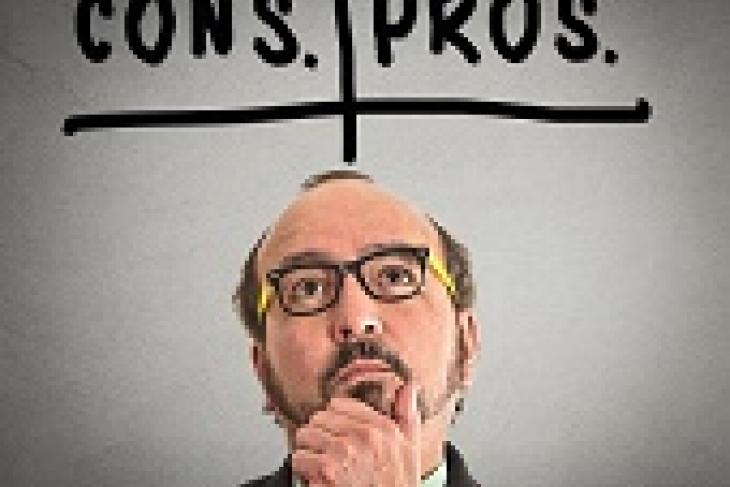 The new education law of the land—the Every Student Succeeds Act (ESSA)—has been the talk of the town since President Obama signed it into law in December 2015. Under the new law, testing doesn’t initially seem that different from the No Child Left Behind (NCLB) days: ESSA retains the requirement that states administer annual assessments in grades 3–8 and once in high school; requires that test results remain a prominent part of new state accountability plans; and continues to expect states to identify and intervene in struggling schools based upon assessment results. But a closer look reveals that ESSA provides a few key flexibilities to states and districts—and opens the door for some pretty significant choices. Let’s take a look at the biggest choices that Ohio will have to make and the benefits and drawbacks of each option.

There are two key decisions for states in terms of test design. The first is related to high school testing. ESSA permits districts to use “a locally selected assessment in lieu of the state-designed academic assessment” as long as it’s a “nationally recognized high school academic assessment.” In other words, Ohio districts could forego a statewide high school test by administering a nationally recognized test (like the ACT or the SAT) instead. There are two ways to make this happen: The Ohio Department of Education (ODE) can make such assessments available for districts to choose, or districts can submit an assessment to ODE. In both cases, ODE must approve the test to ensure that it (a) is aligned to state standards, (b) provides data that is both comparable to the statewide assessment and valid and reliable for all subgroups, and (c) provides differentiation between schools’ performance as required by the state accountability plan.

There are pros and cons for districts that are interested in administering a nationally recognized test[1] rather than Ohio’s statewide assessment:

The second decision for states regarding test design is whether to utilize performance assessments. When measuring higher-order thinking skills, ESSA permits states to “partially” deliver assessments “in the form of portfolios, projects, or extended performance tasks.” These kinds of assessments have long been championed by teachers and have already been piloted in several Ohio districts. But should the state consider using them for all districts? Here’s a list of the pros and cons:

ESSA allows states to choose whether to administer a single, summative assessment or “multiple statewide interim assessments” during the year that “result in a single, summative score.” However, Ohio’s most recent budget bill—which was crafted in response to the widespread backlash against PARCC—mandates that state assessments can only be administered “once each year, not over multiple testing windows, and in the second half of the school year.” In other words, current Ohio law prevents ESSA’s interim assessment option from being used for state accountability purposes.

Of course, laws can always be changed, and revising Ohio law to allow multiple windows for interim assessments would come with both benefits and drawbacks. A single, summative assessment like what’s currently in use saves time (in both test administration and grading) and minimizes costs. But choosing to maintain a single, end-of-year assessment also ignores the fact that many districts already utilize interim assessments to measure progress leading up to the statewide test. If most districts spend the money and time administering interim assessments anyway, it could be helpful to provide interims that are actual state tests in order to ensure alignment and valid, reliable data. On the other hand, districts that don’t use interim assessments won’t like being forced to do so—and districts that design their own interims may not like using state-designed ones.

For teachers that complain that state tests aren’t useful for day-to-day instruction, the interim assessment structure offers a solution. It also offers an intriguing new way to measure student progress—a different way than Ohio’s current value-added system— in which scores from the beginning of the year could be compared to scores at the end of the year. Given the very recent change in Ohio law prohibiting multiple testing windows, this ESSA-allowed flexibility will only come to pass if teachers and school districts make clear to lawmakers that it would make their lives easier.

ESSA permits states to “set a target limit on the aggregate amount of time devoted” to tests based on the percentage of annual instructional hours they use. This isn’t a new idea: A 2015 report from former State Superintendent Richard Ross found that Ohio students spend, on average, almost twenty hours taking standardized tests during the school year (just 2 percent of the school year). Prior to the report, lawmakers had proposed legislation that would limit testing time, and there was much discussion—but no action—after the report’s publication. ESSA’s time limit provision could reignite Ohio’s debate, but the pros and cons remain the same: While a target limit could prevent over-testing, it would also likely end up as either an invasive limitation on district autonomy (many standardized tests are local in nature or tied to Ohio’s teacher evaluation system) or a compliance burden. Ironically, a statewide limitation on local testing time would be an unfortunate result from a bill intended to champion local decision making based on the needs of students.

Unsurprisingly, the Buckeye State has a lot to consider when making these decisions. Determining what’s best for kids is obviously paramount, and a key element in the decision-making process should be the voices of teachers and parents. The success or failure of each of these decisions depends on implementation, and feedback from teachers and school leaders will offer a glimpse at how implementation will progress. Fortunately, ODE has already taken a proactive approach to ESSA decision making. Anyone interested in education in Ohio would do well to take advantage of these opportunities. The more feedback the department receives, the better.

[1] This comparison is based only on ACT/SAT tests, since it’s widely believed that both will qualify under the “nationally recognized” label. Education First also lists PARCC and Smarter Balanced as options, but Ohio has already exited the PARCC consortium, and the likelihood of the state opting for Smarter Balanced is low. There are other possibilities, but they are not explored here.