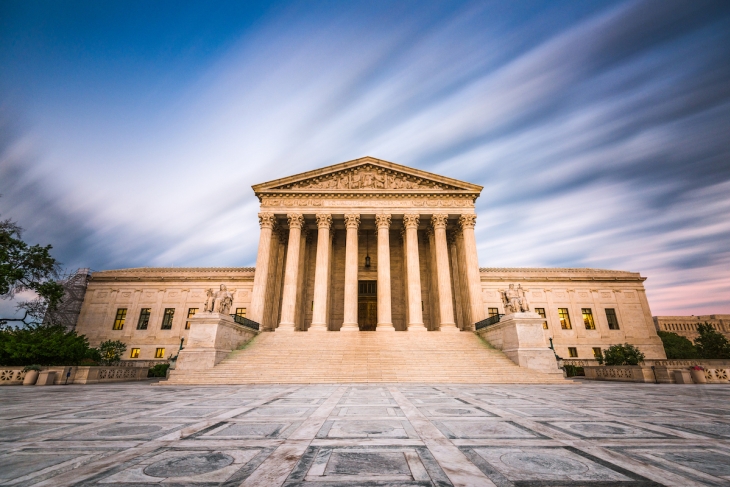 The Supreme Court’s 6-3 decision in Carson v. Makin, telling Maine it must not deny tuition assistance to families solely because the private schools they choose are religious, may not make a huge difference on the ground in the Pine Tree State, since liberal legislators had already inserted a “poison bill” into the law authorizing such aid. They now deny “town tuitioning” payments to any private school, secular or sectarian, that discriminates on the basis of gender identity and sexual orientation.

That constraint hasn’t fazed the several dozen secular private schools—mostly small and in small towns—that already participate. It likely won’t cause indigestion for some of Maine’s religious schools. But it’s apt to prove unacceptable to the two conservative Christian schools whose religiousness is what kicked off the lawsuit. They’ve signaled that they won’t take the money if it means changing their curricula or admission standards.

Welcome to the complicated universe of private elementary-secondary schooling in America circa 2022 and the innumerable twists and turns of efforts to use public funds to help families access schools that suit them.

It’s a big universe, too: more than 30,000 schools (in 2019)—roughly one-fourth the total—enrolling some 4.7 million pupils (9 percent) and employing half a million teachers. Charter schools and homeschooling are coming on strong, but private schools still offer the most options.

This sector is far older than public education and infinitely more varied, such that bean counters have difficulty even sorting its schools into coherent categories.

The one-third that are secular contains most of America’s big-name prep schools and upscale “independent” schools. But it also contains thousands of “special education” schools for youngsters with disabilities, with attendance often paid by their school districts, as well as thousands of “special emphasis” schools that range from Montessori to science, from agriculture to giftedness.

On the far larger sectarian side, subcategories proliferate, as do vast differences in scale. The 2015 survey reported twenty-eight different groupings plus 304 schools described as religious but fitting into none of the groups.

Much the largest, as has been true for more than a century, are Roman Catholic schools, of which there were 7,000, enrolling almost two-fifths of all private school pupils. But Catholic schools have been closing for decades and their enrollment share has slowly eroded. In 1993 for example, statisticians counted 2,300 more schools than in 2015. As for pupils, the number in Catholic schools in 2019 (1.7 million) was down 15 percent from ten years earlier.

The second biggest religious-school cluster in 2015 was the messy category dubbed “Christian” schools. Perhaps surprisingly, it does not include such traditional denominations as Episcopal (354 schools), Methodist (289), Presbyterian (323), Adventist (795), Baptist (1863), or Lutheran (several flavors, totaling about 1,500). It certainly doesn’t include Jewish schools (1,120) or Islamic (293). And it’s unclear where to place Amish schools—a whopping 2,105, say the enumerators, but with cautions about data reliability.

The “Christian” category numbers about 6,000 schools and has been expanding, by some gauges expanding as fast as the Catholic sector has shrunk. It incorporates vast, multi-campus school empires, as well as tiny institutions with just a couple of teachers. What they have in common, above all, is that, along with religious instruction and religious formation, they strive to buttress the beliefs, principles, and morals of parents who seek them out. Overwhelmingly, that means conservative.

Parents who opt for any form of private education for their daughters and sons ordinarily seek something different from—and often better than—what’s on offer in local public schools. Safety is frequently a consideration, as, sometimes, is having classmates who look like their kids.

Those who opt for sectarian schools typically also seek to instill a belief system and religious observance in their children. (Not always. For inner-city families, the local parochial school may be the only—or only affordable—alternative to dire neighborhood schools. Hence many thousands of non-Catholic Black children attend Catholic schools.)

But when choosing Christian schools in particular, along with the usual motives, parents often search for escape and protection from the “wokeness,” political correctness, amorality, and Godlessness that they observe in other schools, both public and private. It’s no surprise, then, that schools with a mission to serve such families may run afoul of government rules, prohibitions, and watchdogs.

Such issues can arise even when little or no money is on the table, as states conventionally license private schools even to operate and be recognized as places that satisfy compulsory-attendance laws for children. This gets really gnarly in the homeschool sector but presents challenges for some schools, too. Ohio, for example, (confusingly) “charters” private schools, a designation that brings many benefits, including potential access to the Buckeye State’s several voucher programs. But state chartering is optional in cases of “truly held religious beliefs,” and Ohio’s list of “non-chartered, non-tax supported” schools numbers 500-plus. These are schools (or sometimes home-schoolers calling their kitchen tables schools) willing to forego all public recognition and aid in order to avoid all forms of government entanglement.

Some of these schools are miniscule, others substantial. The Agape Christian Academy, for example, enrolls some 250 pupils from kindergarten through high school on two campuses. Its stated mission is “To work together with the home and church to provide each student with a Christ centered, quality education.”

Such schools are admonished by the state to abide by core norms, such as obeying fire laws and promoting only students “who have met the school’s educational requirements.” But it’s all self-reported. Rarely do state officials check. And there’s little they can do about miscreants.

Ohio’s list of “chartered” private schools has 729 entries, ranging from Cleveland’s posh Western Reserve Academy to the eight-one-pupil St. Mary of the Assumption elementary school in little Van Wert on the Indiana border. A whopping 588 of those schools took part this past year in at least one voucher program—but 141 did not.

Reasons vary. Some schools don’t need the money or don’t have room for more pupils. Some have exotic specialties or idiosyncratic admissions requirements. But others simply prefer to avoid the additional entanglements that come with the king’s shilling, even though Ohio rules with a fairly light hand and is relaxed about religious schools.

It’s one of thirty-one states, predominantly red and purple, that, according to the American Federation for Children, now have at least one “private school choice program”—a number that omits Maine and Vermont with their century-old “tuitioning” options for towns too small to operate their own public schools. Not all such programs are “publicly funded” in the usual sense, as the “tax credit” versions simply reduce monies that would otherwise enter government coffers. But almost none is unrestricted. Some voucher programs, such as Florida’s pioneering “Mackay Scholarships,” are entirely for youngsters with disabilities. And many programs are means-tested, such that families qualify only if their income falls below a prescribed threshold.

For school-choice supporters, recent decades have seen huge progress. But the strings are tighter in some jurisdictions than others, and thousands of private schools, including many with precarious finances, insist on minimizing government entanglements, particularly any that bear on curriculum, admissions, and employment. For them, those end-of-year state tests of reading and math are anathema. So are non-discrimination rules that they fear may oblige them (for instance) to teach children about transgenderism or the race-tinged “1619 project.” It can be important to a sectarian school to hire only co-religionists. And more.

Yes, it’s a diverse and confusing universe. But the virtue of private schools is that they’re different. And that means very different from each other, too.