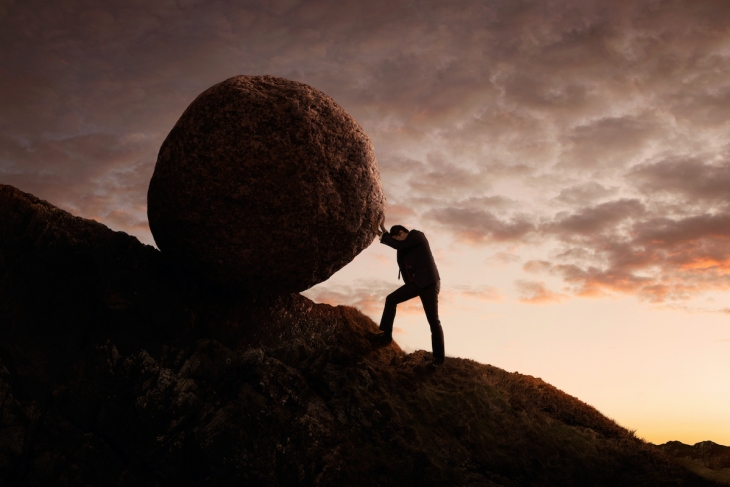 Editor’s note: This is the second post in a series that puts the themes of 2020’s Getting the Most Bang for the Education Buck into today’s context, with particular attention to the effects of the pandemic and federal relief dollars. Edited by Rick Hess and Brandon Wright, the book features nine chapters by twelve authors. Each entry in this series will draw primarily upon a single chapter. Read the first post, on the effects of America’s aging population, here.

The $1.9 trillion American Rescue Plan, including its $129 billion for schools, will do much to mitigate the harm Covid-19 inflicted on K–12 education and our students over the last year. Yet despite the windfall, it won’t fix many of the problems school systems had before the pandemic, many of which the virus has made worse. A primary example is the rising and substantial cost of employee benefits—especially pensions and health care.

As Chad Aldeman, the Policy Director of the Edunomics Lab at Georgetown University, wrote before the pandemic in his chapter in Getting the Most Bang for the Education Buck, “Due to the rapidly rising costs of teacher benefits, the cost to employ any individual teacher has risen considerably.” He adds that this steady increase has occurred “largely underneath the surface, away from high-visibility fights about teacher pay, class sizes, charter schools, or other reform efforts.... But if policymakers don’t pay attention, rising benefit costs will continue to cut into education budgets and force some hard choices.”

On the pension side, the American Rescue Plan therefore provides no direct money for the ailing public systems that pay retired teachers and principals after they’ve left the schoolhouse. The package does include $82 billion for “multiemployer pension funds”—but those are plans that cover private-sector employers and their workers. It also includes $195.3 billion to state governments, but this cannot be used to shore up ailing public pensions systems that pay retired teachers and principals. Aldeman does point out, however, that money is fungible, and it will be hard to know if states are using stimulus funds to pay off past pension debts. “Realistically, some of the money will go to pensions, since presumably some of the money will cover salary and benefits for full-time employees,” he told me. It may be indirect, but, “pensions would eat up proportional share of whatever districts spend on regular staff.”

This could be a big problem because policymakers have given little attention to rising pension liabilities over the last twenty years, preferring to kick this huge can as far down the road as they can, despite the deleterious effects of two recessions. “Nearly every state has over-promised and under-saved,” Aldeman writes in the book, “and collectively the plans covering teachers owe more than $500 billion in unfunded pension promises due to current and future retirees.”

The stimulus package could help, in that it’ll improve states overall budget situations, freeing them up to reduce unfunded pension liabilities—but it’s a big, open question whether they’ll take advantage of the opportunity in that way. In California, for example, which alone has $167 billion in unfunded commitments to teachers and other state workers, “there are no proposals, either by the governor or the Legislature, to allocate any proposed federal aid toward state pensions,” according to the state’s Finance Department spokesman H.D. Palmer. In any event, most relief dollars will be spent on more immediate concerns, limiting their indirect effects on pensions even in places that want to mitigate the problem.

As for health care benefits, the pandemic has blessedly been a bit of a wash, and insurers’ premium hikes have been very modest, with a median rate increase of 1.1 percent from 2020 to 2021. “The most common factors that insurers cited as driving up health costs in 2021 were the continued cost of Covid-19 testing, the potential for widespread vaccination, the rebounding of medical services delayed from 2020, and morbidity from deferred or foregone care,” explains the Kaiser Family Foundation. But health care utilization was smaller than normal in 2020, and “many insurers expect health care utilization to remain lower than usual next year as people continue to observe social distancing measures and avoid routine care.”

This still leaves school systems with the significant health care obligations they had before the pandemic. Ninety-nine percent of educators are covered by health insurance, versus just two-thirds of private sector employers, and “teachers are also far more likely than private sector employees to have their health insurance benefits extend beyond employment into retirement,” writes Aldeman. “In 2017, 69 percent of public schoolteachers were employed in states and districts that offered retiree health benefits to workers under age sixty-five, and 61 percent worked for an employer that offered health benefits even after age sixty-five.” In the private sector, just 15 percent of retirees enjoy such a benefit.

The gravity of these problems is likely to be made worse by the subject of the previous installment in this series, which drew upon Matthew Ladner’s chapter: An aging American population that will reduce tax revenue, increase non-school costs, strain the public’s will to devote more dollars to education—and increase schools’ pension obligations as more and more teachers retire. As that piece also noted, for years now and on through at least 2030, an average of 10,000 baby boomers reach retirement age, sixty-five, in our country every single day.

Covid-19 worsened this further because it caused more teachers than usual to opt for early retirement and thereby trigger the related benefits sooner than anyone’s models anticipated. In California, for example, there was a 26 percent increase in early retirements among teachers in 2020, compared to 2019, putting them on pace to match the record levels seen during the Great Recession.

It’s important, then, that policymakers around the country act to mitigate the budgetary strain of rising teacher-benefit costs. In the near future, that means using stimulus dollars in ways that don’t create additional long-term obligations. Do not, for example, hire more staff—especially those that will qualify for pensions and long-term health care benefits. Not only would such additions worsen the benefits problems, they’d make it more likely that leaders would push schools off a fiscal cliff of their own making within a few short years, taking dollars away from programs that will need them when the aid ends. Concerningly, however, there are some signs that many systems may do exactly this. The NEA tweeted this month, for example, that schools can use the relief money to “hire more teachers, more paraeducators, more custodians, more nurses, more counselors.”

In the longer term, addressing the rising costs of employee benefits will require tough choices. “States should start by curbing the accumulation of new pension debts,” Aldeman says. “By closing their existing pension plans and enrolling future hires in different types of retirement plans that more closely link benefits to contributions, states can at least prevent the hole from becoming deeper.” Rhode Island, for example, replaced its pension regime in 2012 with a hybrid that combines a 401(k)-like defined contribution plan with a smaller pension. “While that change did not wipe away the state’s debt, it did put Rhode Island on sounder financial footing going forward,” observes Aldeman.

On the health care side, one option is to reduce the share of the cost borne by taxpayers. “Asking teachers to pay a higher share would not be popular, but it would help increase transparency and encourage teachers to be active participations in keeping health care costs in check,” Aldeman says. Systems can also save money by being more actively involved. For example, as Michael Q. McShane writes in another chapter, the Miami-Dade County Public School system “moved to become its own health insurance provider. It opened its own medical clinic and heavily subsidized preventative care for its teachers and staff.”

As for the health care plans enjoyed by current retirees, including those over age sixty-five, these “should be on the chopping block entirely,” writes Aldeman, because “they are expensive, underfunded, and regressive, not to mention largely redundant of national programs like Obamacare and Medicare.” He acknowledges that this may seem draconian, but stresses the protections that are already in place. Medicare covers those over age sixty-five. And the Affordable Care Act provides income-based subsides for retirees under that age that can cover, according to Aldeman, “some or all of the costs of a basic health care plan” for a retired teacher. The American Rescue Plan even increased those subsidies further.

It’s an understatement to note that none of these changes would be popular. But if states and school systems refuse to make tough choices, they will find themselves with ever less money to implement other policies like higher teacher pay, stronger curricula, up-to-date technology, additional help for struggling students, greater equity, and more. Though recipients of the immediate federal windfall may not have this truth in mind, school dollars are inherently finite. And the leaders that best act on that fact will be the ones who, in the long run, end up doing the most good for their districts, their teachers, and their students.