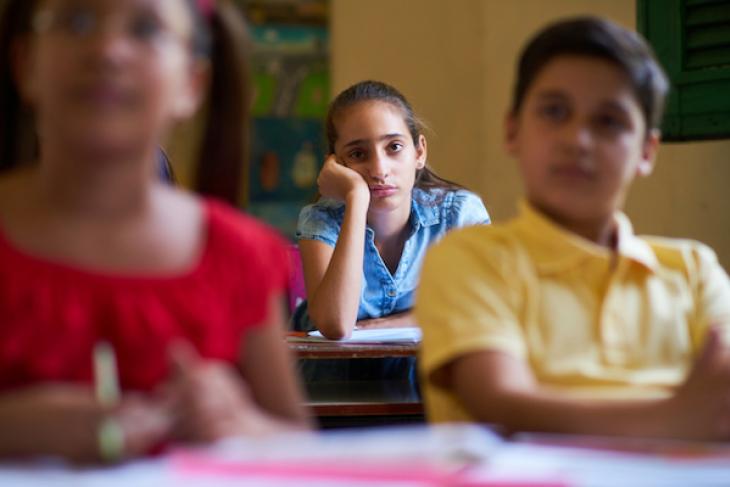 Nine states and the District of Columbia have submitted plans to the U.S. Department of Education to meet their obligations under the Every Student Succeeds Act. And by May 3, seven more will likely do the same. These submissions describe how states will satisfy a number of ESSA’s requirements, including those concerning testing, accountability, and school improvement. This lattermost issue, which seeks to fix—or better yet replace—failing schools, is among the most important. Yet, in this area, these first plans are a very mixed bag.

Under the law, states must identify and take action on two types of troubled schools: those requiring “comprehensive support and improvement” (the lowest achieving 5 percent of Title I schools, plus high schools with low graduation rates), and those that need “targeted improvement” because they routinely fail a particular group such as low-income, minority, or special education students.

ESSA includes criteria states should use for placing schools in these two buckets, but it is intentionally silent on what they should do about them—even when schools require “rigorous intervention” because less substantial corrections, like counseling and professional development, haven’t lead to adequate improvement after a specified period of time (decided by the state, but no more than four years).

This deference to states is a major change from No Child Left Behind, the law that ESSA replaced. Through School Improvement Grants, NCLB only permitted a static set of four improvement models. Over time, however, this mandated menu of options “had no significant impacts on math or reading test scores, high school graduation, or college enrollment.”

Learning from this mistake, ESSA requires states to set aside 7 percent of their Title I funds to turn around low-performing schools using “evidence-based improvements” of their choosing. It opens the door to a wide variety of strategies, and specifically authorizes funding to flow through innovative governance structures—not just traditional districts—en route to schools.

Many in the education reform community had hoped that states would take advantage of this flexibility to design new—or at least adopt already existing—innovative and inspired methods of improving failing schools, especially for schools that require “rigorous intervention.” (See, for example, Nelson Smith’s and my recent brief, Leveraging ESSA to Support Quality-School Growth.) And, in this first batch of seventeen plans, seven did just that: Colorado, Connecticut, Louisiana, Massachusetts, Nevada, New Mexico, and Tennessee.

Charter expansion, for example, is a sensible and underused strategy, particularly if states are focused on turning around students’ lives, as well as schools, and more so if charter opportunities are focused in urban areas where success has been best documented. CREDO’s massive 2015 study of urban charter schools, for instance, revealed particularly strong charter performance for “Black, Hispanic, low-income, and special education students in both math and reading.”

Two states, Colorado and New Mexico, specifically list charter expansion as one of their four respective turnaround strategies that local education agencies can use to fix or replace failing schools. Colorado uses the language “conversion to a charter school” and notes that state support is available, and New Mexico calls it a “restart” wherein an LEA decides to “close the school and reopen it under a charter school operator that has been selected through a rigorous state or local authorizer review process.” These are both praiseworthy approaches, but states don’t seem to realize that ESSA allows them to use the Title I set-aside on brand-new charter schools in communities impacted by school failure, not just conversions or restarts.

Then there’s Connecticut. Though it doesn’t expressly mention charter schools, its plan implies that charter expansion and/or conversion is permissible. It states that, if other interventions don’t work, an LEA may, among other things, choose an option in which it “retains authority but enters into a management partnership with an external entity; or...transfers the entire management and oversight of a school to an external entity.”

The second quoted clause from Connecticut’s plan can also be interpreted as suggesting two other innovative strategies that are specifically mentioned in four other state plans: state-turnaround districts, in which control of struggling schools is transferred to the state; and receiverships, where an individual is granted all or most of the powers of a district superintendent and school board. Versions of the former have existed in Louisiana, Tennessee, and Nevada for years, and all three states carried these programs over into their ESSA plans. The potential of such an intervention is evident in studies of Louisiana’s program, which is the oldest of the three, having been around since 2003. A comprehensive 2016 study by The Education Research Alliance for New Orleans, for instance, found strongly positive effects, even while accounting for demographic changes as the city recovered.

As for receiverships, Massachusetts has the most prominent example, in the town of Lawrence, and the state included the intervention in its ESSA plan. Created in 2011, it’s use in Lawrence had, by 2015, “double[d] the number of schools with a median [student growth percentile] above 50 on both ELA and math MCAS…(and) achieved a 14.6 percentage point increase in the 4-year cohort graduation rate (from 52.3 percent in 2011 to 66.9 percent in 2014), and a 4 percentage point decrease in the annual dropout rate (from 8.6 percent to 4.6 percent), after three years of results.”

Finally, “Innovation Zones,” a promising strategy in which local districts keep control of some low-performing schools while giving the schools more resources and increased autonomy, are present in two state plans, Tennessee and Massachusetts. In the former, schools using this model actually outperformed those that were part of the aforementioned state-turnaround district, demonstrating the viability of this approach.

Alas, the other ten states’ school improvement plans comprise language that is, on the whole, vague, empty, and/or unimaginative. These include Arizona, Delaware, the District of Columbia, Illinois, Maine, Michigan, New Jersey, North Dakota, Oregon, and Vermont. Arizona, for example, promises to “conduct an in-depth needs assessment” and “identify possible new bold and innovative interventions and actions,” with no further explanation. Maine’s plan includes “face-to-face school improvement coaching support, increased district support in relation to targeted professional development, and increased financial resources.” And Oregon “will monitor district and school improvement plans and annually adjust levels of supports and interventions based on implementation progress,” as well as “require, at a minimum, annual updates of progress to local school boards and stakeholder groups.”

In sum, seven of the first seventeen state ESSA plans include promising, innovative ways to improve or replace failing schools, but ten of them don’t. If we see a similar pattern with the states that submit plans in September, most of America's failing schools may remain failing for years to come.