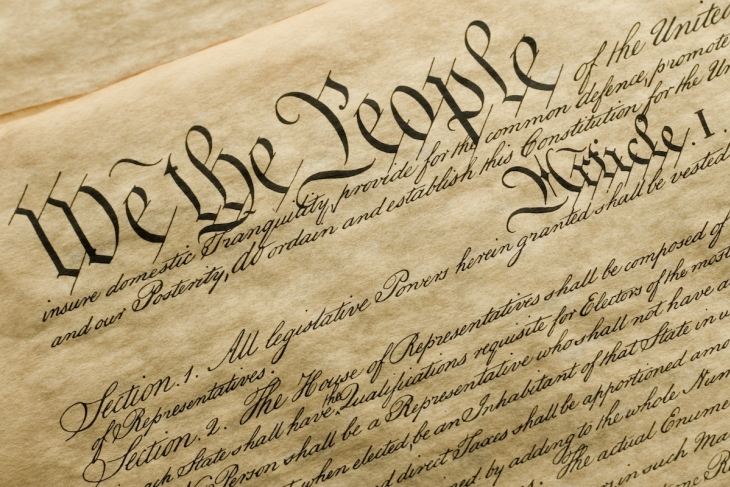 There is a heated debate going on among school choice advocates. Neal McCluskey at Cato called choice “the key to peace in education.” Conversely, Robert Pondiscio, a senior fellow at AEI and Fordham, suggested that an argument centered on “conflict avoidance” is ineffective. Others have weighed in since then in blogs and online. The essential question: Is school choice sufficient to reform American education?

Their civil disagreement belies a tension within the conservative movement writ large. Speaking in generalities, there are two wings—the libertarians and the institutionalists—of which the modern Republican Party has made tenuous allies. These same strains run through the education reform movement, and they explain the current kerfuffle over school choice.

On one side, we have the libertarians, disciples of Milton Friedman and Friedrich Hayek who tout the capacity of a market-based system and individual liberty to organize society. When we all have the freedom to live and choose, prosperity—or in this case educational attainment—abounds. Myriad sects can all craft curricula and instruction to reflect their values, be they critical race theory advocates or critics, direct instruction defenders or project-based learning pedagogues, religious or secular. No group must exist at the expense of the other. Understood so, school choice is the “only policy” that can incentivize any meaningful reform in schools.

On the other side are the institutionalists, the disciples of Edmund Burke. Burke watched as the French Revolution ravaged the country, with revolutionaries destroying systems and institutions that were built and refined through the ages. These institutions had acted as stabilizing and unifying forces in France, and their deconstruction led not to utopian freedom but oppressive conflict. Not a total enemy to liberty, Burke was only wary of what would come of it, holding in equal esteem the wisdom built into tradition and existing institutions. In regards to our school systems, we have a shared interest in a universal “quality of education” and our “civic mission” beyond mere choice.

These two strains of thought—libertarianism and institutionalism—can more often than not co-exist and even complement each other. The institution of the church is better off without state interference, for example. But when the institution in question is a public one, these two pillars of American conservatism conflict.

Our public school system is one of America’s most influential institutions. It is the means by which we secure a generally educated populace. It is the place where students from diverse families and worldviews come together with a common purpose. It is the mechanism through which we instill a common civic culture and inculcate an American story. And the implementation of universal vouchers—a libertarian ideal—threatens to nuke what is often the most unifying institution in many localities—an institutionalist ideal.

This conflict between the two wings of the reform movement needn’t be a stalemate, though. They are not oil and water that can never mix, but are more akin to a chemical reaction that produces a new substance. There is wisdom and insight that come from their debate.

A means to palliate these competing undercurrents can be found in our nation’s founding. In Federalist 10, James Madison acknowledges that in any free society, factions are inevitable. Unless a government completely constricts individual liberty, different beliefs and thereby conflicting interests will arise, which in turn leads to conflict. Considering their inevitability, Madison suggests a system that allows for but manages factions. We cannot alter the cause of factions and so must manage their effects. To do so, the founders created a representative government with various checks and balances that allow for conflicting parties but foster productive engagement in place of one party dominating the other.

School choice can be understood as a continuation of our founding ideals, a mechanism by which we allow for competing factions within the same system. With it, we foster the coexistence of differing institutions, and we defend the American system as a pluralistic structure. Both Burke and Hayek smile.

Choice works towards the unifying goal of institutionalism. In the collection of essays School Choice Myths, McCluskey writes that this occurs through “different groups having to work together to achieve something mutually beneficial.” When all parties in the school agree on first principles, they can work together to build the institution instead of fighting it out in school board meetings. Speaking metaphorically, all stakeholders face the same direction instead of facing off. In the same book, Professor Patrick Wolf reviewed thirty-six studies, and the majority found that “school choice had positive effects on civic values or behaviors.”

Even so, school choice is not a panacea. When a small town only has one central school—whose football games and musical concerts are central cultural community events—and the nearest alternative is an hour’s drive away, school choice is a less appealing solution to parental dissatisfaction or instructional mediocrity. Not to mention the fact that even with school choice legislation up for debate in thirty-three states, it will likely be decades before we have a truly pluralistic system. Finally, unless we entirely privatize the system and remove all public funding, taxpayers have a right to pressure what happens inside of school walls.

The hand-waving over critical race theory provides a useful example of this ongoing tension at play. While I spurn the mandates against critical race theory, that any state legislature should eschew drawing lines around acceptable curricular topics is silly. Try preaching creationism, Satanism, or Wahhabi Islam from the lectern and see how the public responds. We cannot so focus on the failures of federal policy or fear bureaucratic imposition as to then fail to use the delegated powers of state governments to, well, govern schools.

The reality is that there are positive policies with a track record of success that can exist alongside a pluralistic structure, and that can ensure the institution thrives even while allowing for broad parental choice. Senator Mike Gallagher provides the compelling example of Mississippi, which rose from the bottom to near the top of NAEP literacy scores. The state encouraged the training in and use of phonics within elementary classrooms through policy. More broadly, alongside choice, we could still set basic standards, ensure minimum quality with test scores, establish a barebones state-level curriculum, ban certain pernicious ideologies, and the like. I wouldn’t mind an art school skipping advanced calculus, but I’d spurn any curriculum that fails to achieve basic literacy, for example. And I’d like all U.S. students to read the Constitution regardless of their school choices. We must positively govern schools beyond mere libertinism.

No conservative that I can think of opposes school choice. Rather it’s a matter of “what else?”—if there even is a “what else.” Returning to Burke, who himself tried to make amends between liberty and tradition, can perhaps bring this analysis to a close. He wrote that, “To give freedom is still more easy...it only requires to let go the rein. But to form a free government...requires much thought, deep reflection, a sagacious, powerful, and combining mind.” In other words, school choice is necessary but not sufficient. Perhaps it is time that we stop arguing about the merits of school choice and begin to discuss how we will best build our pluralistic institutions.