“Public education sucks” is a weak argument for school choice 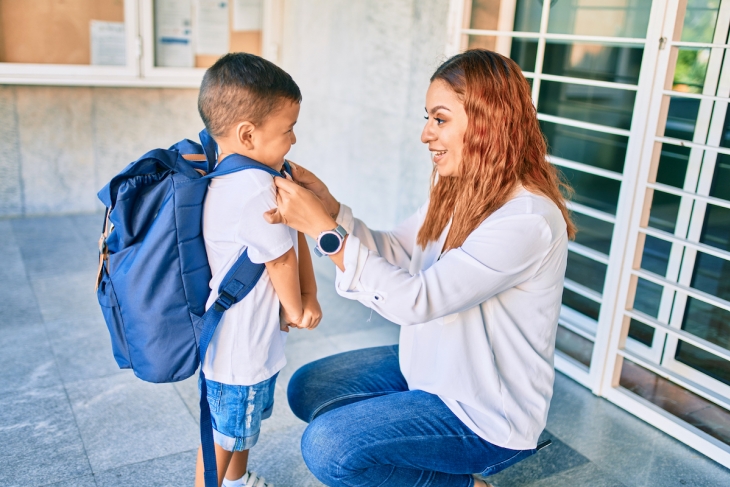 I’ve long believed the best argument for school choice is to turn up the lights on what is possible when there’s room for a wide variety of schools, curricula, and cultures. Call it the When Harry Met Sally model. Create schools that are so compelling and attractive, and with such great results for kids, that parents look at it and say, like the character in the movie’s famous diner scene, “I’ll have what she’s having.”

Perhaps it’s a function of our angry and divisive times, but lately the proponents seem determined to argue not the positive attributes of choice and the full range of options it makes feasible, but the role of choice to allow families to avoid exposing kids to ideas and curricular content parents don’t like. This version of choice feels lifted not from a heart-warming rom-com, but from a mob movie: “You've got a nice family. It'd be a shame if anything were to happen to ‘em.” Or worse, a prison-break movie like Escape from Alcatraz or Cool Hand Luke.

What we’ve got here is a failure to communicate the positive benefits of choice.

I’m an enthusiastic school choice proponent, but I will confess to disappointment with advocates whose arguments about the advantages of choice rest entirely on conflict avoidance, and whose pitch is not the positive virtue of what it allows families to enjoy, but the negative virtue of what it allows them to avoid, most particularly critical race theory and pedagogies and practices informed by it in traditional public schools.

For many years, the Cato Institute has done essential work collecting and cataloguing hundreds of examples of school and district curriculum and culture fights, compiling them into a “public schooling battle map,” sortable by categories: race and religion, curriculum, moral values, gender equity, sexuality, etc. “Rather than build bridges,” Cato notes, “public schooling often forces people into wrenching, zero‐sum conflict.” That may be true, but when your primary argument for choice is simply to avoid fights, you’re just retreating to your side of the river and hoping the other guy stays on his. That’s not building bridges either.

To be sure, public schooling’s ability to nurture fellow feeling is overrated. But school choice as a peace-for-our-time solution elides a few basic truths. Changing schools is not like switching grocery stores. In most cases, it’s deeply disruptive to the lives and routines of an entire family. It’s not a decision made lightly or because you don’t like an assigned text or homework assignment. Positioning choice as an off-ramp to escape conflict undersells these challenges. Moreover, while Americans have long taken a dim view of public education at large, they historically give their own kids’ schools high marks (although even stalwart public school parents have begun questioning their loyalties as Covid-related disruptions threaten a third school year). Parents are reflexively defensive of their kids’ schools and punish those who sow discontent, much as they fight those who would alter or close their schools. Recall the well-earned beating Arne Duncan took when he attributed opposition to Common Core to “white suburban moms” who were miffed to learn that “their school isn’t quite as good as they thought they were.”

Most pertinently, school-choice-as-conflict-avoidance makes a virtue of disengagement from uncomfortable but critical debates in which choice advocates have a major stake. Your ability to exercise choice and personal liberty depends in no small measure on your fellow citizens’ shared enthusiasm for it. It behooves you to insist on respect for personal liberty and to ensure that tolerance of divergent views continues to flourish and grow—even in the schools you do not send your child to. This point seems entirely lost upon choice advocates who view schools teaching “the same civic and cultural values” as a problem. Safeguarding your right to raise your children in accordance with your views is one of those civic and cultural values. It needs some care and cultivation. It cannot be taken for granted.

Without question, we’re in a moment right now that lends itself to taking advantage of disruption and discontent with schools, whether over Covid-related interruptions to in-person instruction, mask mandates, or fights over critical race theory in schools. It’s no coincidence that legislation expanding school choice is on the march, with measures to offer or expand choice options gaining traction in dozens of states. It would be foolish for advocates not to feed the growing appetite for school choice

But eventually the pandemic will end. Even the most devoted “culture war” combatants will exhaust themselves and move on to other issues. The ability to free children from violence and bullying or to leave a hopelessly failing school is essential and deserves to be fiercely defended. But it’s morally unsatisfying to depend entirely or mostly on parental discontent to create an appetite for choice. It suggests an impoverished vision of education and a lack of appreciation for the dynamism and variety choice could bring to families. Worse, it’s self-defeating. “Your kid’s school sucks, demand choice” is a less compelling and more divisive pitch than, “your kid’s school is fine, but would you prefer a classical curriculum? Maybe a tech-focused school or project-based learning? How about a school that reflects your child’s interests and affirms your family’s values?”

There’s a perverse irony in promoting choice mostly as a way to avoid conflict. It creates a kind of crocodile tears advocacy: It depends on the thing you insist you want to avoid to create the conditions needed to drive demand. When that conflict isn’t in evidence or evaporates, so does your argument for choice.