Return of the Survey of the American Teacher provides data, raises questions 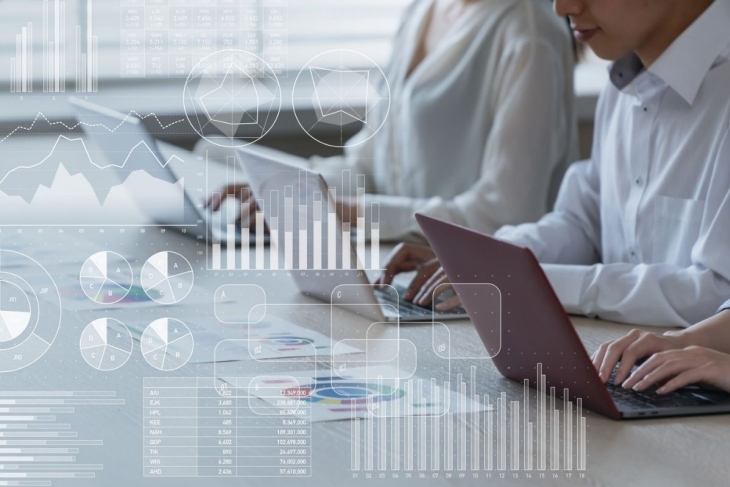 Veteran education watchers may remember the annual MetLife Survey of the American Teacher, which for more than a quarter century took the temperature of the nation’s teaching workforce on issues pertaining to job satisfaction, pay, and prestige. That survey ceased publication ten years ago, but a successor is at hand in what is promised to be a new annual teacher survey from Merrimack College—a sixteen-question battery plus open-ended responses, administered online to 1,324 public school teachers in January and February of this year.

The newsworthy headline is the “deep disillusionment” that teachers are feeling. Just 12 percent of U.S. teachers describe themselves as “very satisfied” with their jobs, a precipitous drop from the old MetLife survey, which was 39 percent when last administered in 2011 and generally hovered between 40 and 60 percent for previous decades. Given the profound Covid-driven disruptions under which schools have labored in the last a couple of years, it can’t be too much of a surprise that teachers are feeling the strain. That said, a majority (56 percent) still say they are somewhat or very satisfied with their jobs. Four in ten, however, say they are “very likely” or “fairly likely” to leave the profession in the next two years, though this not necessarily a new phenomenon, nor does their stated intention to leave necessarily translate into them actually doing so.

The other major finding is that teachers work a lot: over fifty hours a week. It’s not surprising that those who are very dissatisfied with their job put in more time than very satisfied teachers: fifty-five hours a week to fifty-one. And across the board, there’s a growing perception among teachers that people neither understand nor appreciate their work. It’s interesting to compare this finding to another recent poll, the annual Gallup survey conducted at about the same time, which showed that public perception of the “honesty and ethical standards” of teachers has fallen from historical levels. Yet Americans still rank “grade-school teachers” as the third-most-trusted professionals, trailing only nurses and doctors. Of particular note, Black teachers are significantly more likely to report feeling respected than White teachers. Of the Black teachers surveyed, 71 percent perceive the general public respects them and treats them as professionals, compared to only 43 percent of White teachers and 40 percent of Hispanic teachers. That does not, however, translate to higher job satisfaction, which is lower for Black teachers than White.

If teachers perceive a softening of public esteem, at least some of that is traceable to the perception that schools have emerged as a battleground in the culture war and a hot zone in partisan politics. The Merrimack data suggest those perceptions might not be a mere figment of the imagination—and there’s some evidence in these data that teachers themselves are a contributing factor. They are indeed more likely to vote Democrat than Republican, though the difference may not be as substantial as some might imagine: 54 percent of teachers traditionally vote for Democrats vs. 30 percent for the GOP; the rest are either third-party supporters or don’t vote at all. Note, though, that teachers who identify as Democrats are five times more likely than their Republican-voting colleagues to say that more public attention should be paid to teaching about race and racism; they’re three times more likely to want more attention paid to inequities in school due to issues of race or poverty. Fortunately, Right- and Left-leaning teachers are more closely aligned in wanting more attention paid to workplace issues such as working conditions, school funding, and student mental-health problems.

Perhaps the most tantalizing new data are also the least satisfying. In seeking to ferret out the causes of teacher discontent, the survey looks at how teachers spend their time. Only about half goes to “actual teaching time,” which is merely the number of hours spent in class with students. But it’s what happens within those hours that shapes teacher satisfaction or discontent. Are class sizes manageable? Are students generally well-behaved, or is disruption forcing teachers to focus more on classroom management than instruction? The survey lumps together time spent on “grading and feedback of student work” as comprising about five hours per week, but those are not necessarily the same thing—studying student work and giving feedback are essential uses of teacher time and critically important for improving student engagement and raising outcomes. The contrast with “actual teaching time” suggests that survey developers see it as something less than “actual teaching.” Perhaps future iterations of the survey can more carefully parse how teachers spent their teaching hours and how they feel about “nonteaching” hours spent interacting with parents, running clubs, or coaching sports. Those activities often are among the most satisfying parts of the job.

Merrimack is doing a valuable service reviving the MetLife survey and building on the historical trendlines of the earlier work. That said, it risks advancing some assumptions about teaching that are long overdue to be questioned, reconsidered, and perhaps abandoned altogether. For example, a majority of teachers (57 percent) say they have “a lot of control over the curriculum they teach” (curriculum “transparency” enthusiasts, take note). The lack of such control is presumed to be an example of “deprofessionalization,” evidence of lack of teacher “autonomy,” and thus a contributor to poor job satisfaction. Perhaps so, but consider the experience of one Missouri high school teacher who reports feeling overwhelmed: “Personally, I have had to write curriculum from scratch as a new teacher alone every year,” she reports, in physics, honors physics, standards-based chemistry, AP German, and other classes. If creating materials from scratch, alone, in classes taken by tens of thousands of students all across the country every year is what passes for “autonomy,” there surely are teachers who would be happy with less of it, who would be grateful for a broader range of readily available high-quality instructional materials and thus more precious hours to spend teaching, building relationships with students and families, and myriad other more personally and professionally satisfying uses of time than writing curriculum from scratch.

If we had more fine-grained questions, better data, and not mere assumptions on the specific activities that give teachers the greatest psychic rewards—and move the needle for kids—perhaps we could make the job more satisfying.