The resurgence of urban Catholic education? 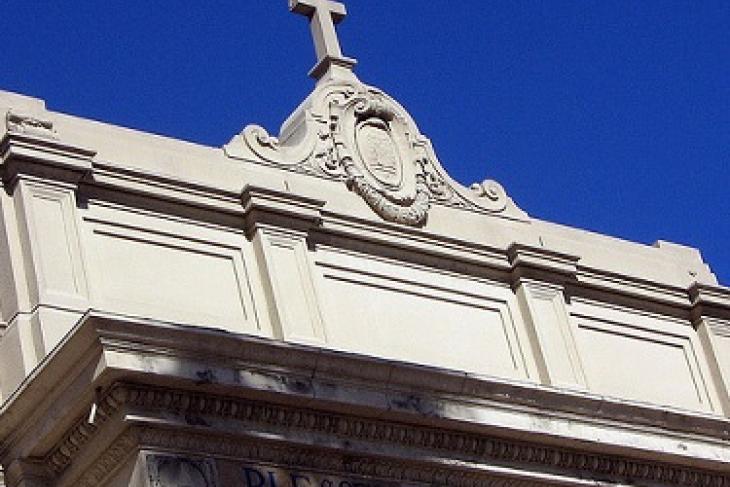 For years, I worried that I was auditioning to be the Edward Gibbon of urban Catholic schooling, chronicling the decline and fall of an invaluable, sprawling institution.

Inner-city Catholic schools have long provided an incomparable education to millions of low-income kids. But a confluence of factors have caused fifty years of enrollment losses in the millions and school closures in the thousands.

I was becoming resigned to the fact that these documents would look in hindsight like period pieces from the bygone era of urban Catholic schooling.

But this fall, two new publications will make the case that we may be on the leading edge of a renaissance of inner-city Catholic schooling. I don’t want to steal the reports’ thunder, but here’s a little foreshadowing.

These documents (I’ve co-authored both) detail a wave of Catholic education innovation and entrepreneurialism that we probably haven’t seen since the 1880s, when the nation’s Catholic bishops mandated the creation of thousands of parish schools in response to rampant anti-Catholic bigotry.

Like that earlier movement, today’s is a fascinating blend of old and new. Across the nation, religious and lay leaders are creating new schools, new networks of schools, new governance models for existing schools, new pipelines of talent, new philanthropic efforts, new public programs, and much more. But all of this is taking place inside the time-tested boundaries of authentic Catholic education.

So much of this is encapsulated by the exciting work of Kathleen Porter-Magee and Partnership Schools in New York City. As readers of Common Core Watch know well, KPM is a former teacher, CMO executive, and national expert on standards, curriculum, and assessments. A year ago, she became the first superintendent of this network of six longstanding Harlem and South Bronx Catholic schools.

She’s recently been composing a terrific blog series about her experience to date. It speaks directly to the old/new tapestry of this work, noting that her team’s biggest test is staying faithful to Catholic education’s “historic mission while updating it to stay relevant to a new generation of children and the challenges of the twenty-first century.”

She discusses the “magnificent, selfless” efforts of Catholic educators and the indispensable role their schools play in impoverished neighborhoods. But she doesn’t pull punches on the challenges: low funding levels, labor contracts, testing requirements, and more.

What I find most compelling about her first post, in particular, is what’s implied by its ending. For the Partnership—and similar redemptive efforts—to succeed, tactics won’t be enough. This isn’t just about implementing a new reading program or raising more funds. There is real tension between old and new, and it must be resolved.

Catholic doctrine embraces “subsidiarity,” a kind of hyper-local control that also applies to its schools. That may be at odds with some of the lessons of great charter school networks, which centralize key functions. A huge part of the value of urban Catholic schools is their longevity—and the social capital that neighborhood continuity fosters. But many of today’s best high-poverty schools are new. Catholic schools have depended on traditional approaches to instruction and discipline, though many people today argue that new online approaches provide the key to financial sustainability and that new approaches to discipline are essential to equity.

KPM and her team are working on such issues, and she promises to write about them in the weeks ahead. I know I’ll be watching and reading intently. But I’m not the only one. The media has started paying attention to the possible resurgence in this sector. The Cristo Rey network is everywhere in the news. Notre Dame’s ACE Academies and Philadelphia’s Independence Mission Schools and Faith in the Future are getting noticed too.

A very good recent article on the Partnership Schools lauds a number of initiatives and successes that KPM is too modest to mention. There are important changes to curriculum and instruction underway, principals are happier, and charter leaders are taking note.

But on September 25, we’ll bear witness to the most fitting symbolism of Catholic education’s bright future and its creative blend of old and new: Pope Francis will quietly visit a Partnership school in Harlem.