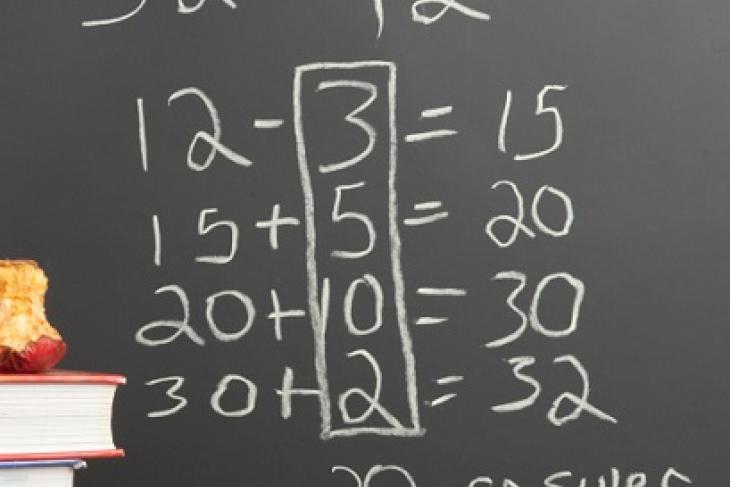 Remember all those pitched battles and screaming matches over Common Core? The furious charges of federal overreach? The demands to "repeal every word" of it? As children return to school across the country this week, Common Core remains largely intact in more than forty states. At the same time, new evidence suggests that the much tougher Common Core challenges—the ones emanating from inside classrooms—have only just begun.

Results from the initial round of Common Core-aligned tests (administered last spring) have been trickling out for the past few weeks in more than a dozen states. The results have been sobering, but not unexpected. Recall that the No Child Left Behind years were an era of rampant grade inflation. States whose students performed poorly on the benchmark National Assessment of Educational Progress (NAEP) routinely rated the vast majority of their students on or above grade level, simply because states were allowed to set their own bar for success and thus had a perverse incentive to declare ever-greater numbers of kids proficient. The result was a comforting illusion of student competence that was shattered when "proficient" kids got to college and needed remediation, or entered the workforce with substandard skills. Common Core testing, if nothing else, is supposed to make it harder to tell self-serving lies about where kids actually stand.

A report last week from the Education Trust didn't command as much attention as the test scores, but it's arguably even more important. An examination of assignments given by middle school teachers appears to show that most of the work asked of students does not reflect the higher, more rigorous standards set by Common Core. Fewer than 40 percent of assignments examined were aligned with grade-appropriate standards. If the study sought to show where teachers are in their understanding of the higher standards, the answer appears to be "not very far along."

"This is why we support college- and career-ready standards to begin with," says Education Trust's Sonja Santelises, one of the report's authors. "We knew we needed more cognitive, intellectual challenges in what we're asking kids to do."

A couple of caveats are needed. First, the report is a small-scale pilot study of assignments at six middle schools in two urban districts—a tiny and unrepresentative sample. Additionally, more than half of the assignments reviewed came from science and social studies classes, where teachers might have had learning goals that were not readily apparent to reviewers looking for examples of students grappling with complex texts. Thus, the Education Trust may be inadvertently painting an overly pessimistic view.

Still, the dour findings ring true with those who have worked with school districts training teachers to understand and adopt the instructional shifts expected under Common Core. One veteran public school teacher and staff developer worries that we are paying the price for years of "de-professionalizing" the teacher work force. "'Do these things, use these moves and you'll be successful'—that's been the message to teachers for the past fifteen years," she says. "Many teachers throw up their hands and say, 'Just tell me what you want me to do,' or, 'Is this the right way?'"

The challenge is complicated further when elected leaders lack the political will to hold the line on higher standards, sending mixed signals to teachers. New York Governor Andrew Cuomo recently announced a "review" of Common Core, which he insists is "not working and must be fixed." The announcement left proponents of the standards scratching their heads, since New York's Common Core implementation has been held up as a national model. Cuomo's move appears to be an attempt to mollify angry parents who have refused to let their children take the new Common Core tests. However, that discontent almost certainly has more to do with Cuomo's double-whammy policy of insisting that teachers be held accountable for test scores when they're already struggling to meet higher standards. It's simply unreasonable to expect teachers to change their practices dramatically and demand an instant boost in test scores at the same time.

Adopting higher standards is easy. Complaining about them is even easier. The bottom line is that while the overheated debate over Common Core has raged on, far too little attention has been paid to the heavy lift being asked of America's teachers—and the conditions under which they are being asked to change familiar, well-established teaching methods. Meeting those higher standards is agonizingly difficult work. It requires patience and realism, two things that have never been particularly abundant in American education.