The principled opposition to Common Core

The principled opposition to Common Core
1.16.2014

Yesterday’s column by George Will condemning Common Core is a very bad sign for the standards’ advocates.

I suspect that many Common Core backers on the political left either don’t know much about George Will or reflexively dismiss him because he’s a conservative. As a general matter, that’s a shame, but in this particular case they should pay close attention.

Will is trusted implicitly by many on the right for two important reasons. First, he is deeply learned. He is the son of a philosophy professor, earned a graduate degree from Oxford and a PhD from Princeton. He was a university professor and U.S. Senate aide. He has authored more than a dozen books, and he’s won a Pulitzer Prize.

Second, his conservatism is rooted firmly in time-tested principles. His are not knee-jerk politics; they are not spontaneously oppositional to any utterance by a Democrat—he reveres the late former Johnson administration official and liberal U.S. Senator Daniel Patrick Moynihan.

Nor are his views dependent on Rush Limbaugh’s or Bill O’Reilly’s talking points. He has publicly and harshly criticized prominent Republicans including Sarah Palin, Newt Gingrich, and Ann Coulter.

Will believes in the virtues of longstanding institutions and the vices of well-meaning but naïve technocrats. He trusts well-regulated markets to more fairly and fluidly distribute capital, goods, and services than government-generated formulas. He is distrustful of an expansive federal government, because its appetite for money and power is voracious and its interventions are too often ineffective and riddled with unintended consequences. And he trusts local decisions, because they are made by the communities directly affected and by individuals who possess far more wisdom than university faculties and Washington elites believe.

Will’s Common Core criticism is not of the black-helicopter variety; it flows from these principles, and he articulates his argument compellingly. Three strands are worth noting.

First, the move to common standards has all the hallmarks of the first lunge of federal overreach—in his words, the “thin end of an enormous wedge.” He notes the Obama administration’s instigation of state support via Race to the Top and ESEA waivers. This, he says, is merely Uncle Sam’s first step: “What begins with mere national standards must breed ineluctable pressure to standardize educational content.”

Those inclined to think this paranoid might consider how the nation’s efforts to fight international terrorism evolved into a muscular domestic surveillance program.

Second, national commonality is not all roses; there are steep costs associated with “advanc(ing)…centralization and uniformity.”

“Even satisfactory national standards must extinguish federalism’s creativity: At any time, it is more likely there will be half a dozen innovative governors than one creative federal education bureaucracy. And the mistakes made by top-down federal reforms are continental mistakes.”

Those inclined to think concerns about a massive federal bureaucratic mishap are so much handwringing might consider the saga of HealthCare.gov.

Third, while there are undoubtedly many Common Core defenders who argue the facts forthrightly and humbly, including Mike Petrilli and Kathleen Porter-Magee, entirely too many others have been insulting to opponents. In Will’s words, “Proponents seem to deem it beneath their dignity to engage opponents’ arguments, preferring to caricature opponents as political primitives and to dismiss them with flippancies.”

No one likes to be treated with such disdain, but conservatives are particularly attuned to this kind of superciliousness. They remember that the enlightened left campaigned against Eisenhower’s and Reagan’s supposed simplemindedness and lectured America that grand initiatives like the “war on poverty” were failsafe.

For those who have scoffed at Common Core opponents, including the Secretary of Education, Will’s opposition is a rebuke to be taken seriously. These advocates can no longer argue with a straight face that to be opposed is to be partisan, deluded, provincial, or unintelligent. No, a principled, well-reasoned argument has been made by a prominent public intellectual, opening the door to a dialogue that must occur if Common Core is to succeed.

I’m sure many Common Core advocates on the left will continue to ignore Will—oh, he’s a conservative Neanderthal—and by extension the case he’s made. But they do so at their own peril.

Lots of parents and other voters subscribe to Will’s worldview. Many of them, and a large percentage of their elected officials, read and rely on Will.

Remember, they were told by such enlightened leaders that if they liked their insurance, they could keep it. They are once bitten, twice shy.

Common Core advocates should keep all of this in mind as they glibly extol the virtues of embracing common standards, of setting a national bar for excellence, of following an exquisitely crafted set of learning goals fashioned by experts. They should keep it all in mind as they respond to criticism with answers amounting to “there’s nothing to worry about, we have this under control,” or—in moments of weakness—something more condescending. 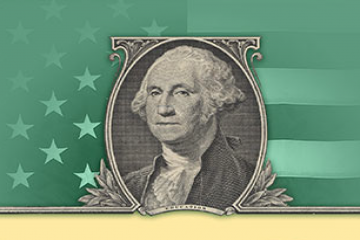 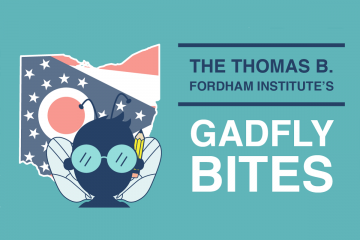 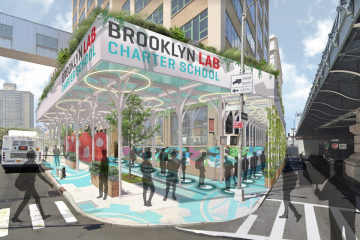