The prevalence and effects of math anxiety

In the U.S. we call it “math phobia”; in the U.K. they call it “maths anxiety.” Either way you dub it, a negative emotional reaction to mathematics, which can manifest as a fear of or aversion to doing math-related work, is a real threat to mathematical competency. A new summary of research from the University of Cambridge adds a huge amount of detail to the picture of what causes math phobia in young people and what if anything can be done to mitigate its effects.

A 2014 report from the British organization National Numeracy showed that, while 57 percent of U.K. adults were functionally literate, just 22 percent reached the level of functionally numerate. Even worse, that rate was sinking fast. Theorizing that math anxiety could be a contributing factor, a team of researchers from Cambridge set out to examine the problem through a series of studies.

The first step: Create a survey instrument that measures math anxiety (MA) in young people, as distinct from wider test anxiety and general anxiety. This they did using an existing instrument originally geared to American adults, adjusted for U.K. educational terminology and substituting developmentally appropriate mathematical operations in the questionnaire. It was then rigorously field-tested for reliability and validity.

The next step: Use the new survey instrument, tests of math and reading ability, and interviews to determine the prevalence of math anxiety among young people. The Cambridge team studied 1,757 students from a mix of urban and rural schools throughout South East England. The sample consisted of 830 primary school students (eight and nine year olds) and 927 secondary school students (twelve and thirteen year olds). Each group of children was about evenly split between girls and boys.

The researchers found that 11 percent of the sample exhibited high MA, but they also noted that MA, regardless of intensity level, was moderately negatively correlated with mathematics performance across the entire sample. In fact, a large majority of students in this sample with high MA had average or above average math performance, a surprising result that hinted at a more complex interplay between math anxiety and math performance than had been previously theorized.

A subsequent study with a different group of 1,720 primary and secondary students delved further into that interplay, with a focus on anxiety profiles, age, and gender differences. Students were tested to determine levels of general anxiety, test anxiety, and math anxiety. Based on all these measures, students were then grouped into four “profiles” along a continuum of low to high anxiety.

Younger students exhibited less anxiety overall than older students and tended to have more similar anxiety scores across the different measures, meaning that levels of general anxiety and academic anxiety were similar for a given student. Far more of the older students evidenced a high-anxiety profile, but were more likely to have one specific area of anxiety in which they rated more highly than the other areas. Girls were more likely to exhibit across-the-board anxiety, while boys were more likely to be highest in one specific area. Consistent with the other studies, MA correlated moderately negatively with math test performance. However, the other two areas measured within the anxiety profile appeared to interact with the correlation in unexpected ways. Age and gender appeared to influence a student’s anxiety profile, leading researchers to conclude that interventions to successfully mitigate MA would need to take into account a host of factors previously not considered.

Finally, the Cambridge team conducted a qualitative study into the experiences and origins of math anxiety. They studied a small group of 120 primary and secondary students with varying levels of MA and 200 students without any signs of it. Interview questions covered a wide range of previous experiences with mathematics, and students also kept a diary documenting any memorable mathematics experiences that occurred over the course of the study period.

Differences in classroom experiences between students with and without MA fell into predicable patterns—with anxious students reporting high levels of negative feeling toward math and four times as many negative experiences. Division problems led the list of most problematic areas for students with high MA (also a source of concern for students without it), followed by fractions, decimals, and percentages. As to the origins of MA, a majority of students currently with high MA recalled that their anxiety grew when they perceived their assignments getting harder or when lowered school marks gave them “evidence” that the work was getting harder. However, a variety of other factors emerged near the top. These include confusion generated by students being taught by multiple teachers, fear of being mocked by peers, and moving up in class level when not feeling “ready” for what they perceived to be harder work. It is important to note that all of the students in the study had more or less the same experience with math—progression, specific assignments, and teachers—in their respective primary and secondary school careers.

It is, the researchers assert, each student’s experience that seems to matter. In that vein, the Cambridge team recommends several human-centric mitigation efforts. To wit, teachers and parents need to be aware that their own attitudes toward math might influence a child’s math anxiety and that gender stereotypes about mathematics suitability and ability must be avoided. Peers, too, should understand that the work itself is the most important part of math class, not comparisons between individuals. Though not a specific recommendation of the researchers, it stands to reason in the face of all this evidence that passing students along from math class to math class without mastery of concepts and skills—especially at the youngest ages—is a recipe for disaster. 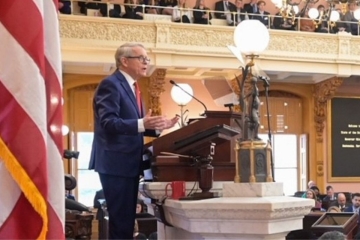 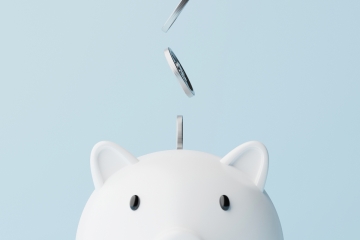