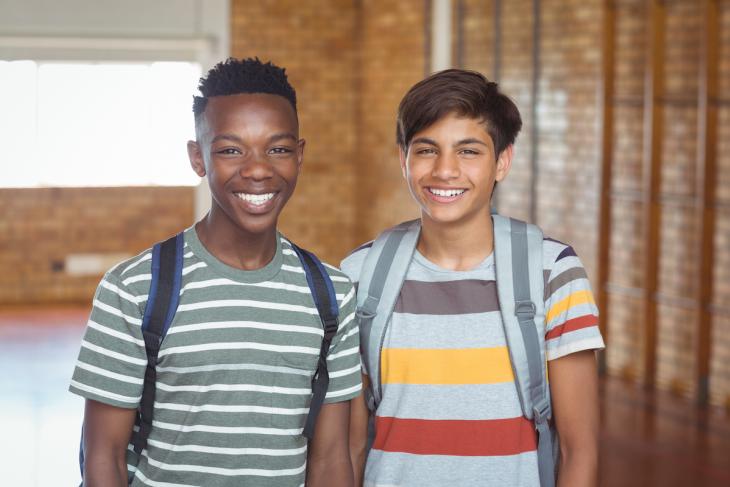 Last fall, Jonathan Plucker and I lauded Montgomery County, Maryland, for improving and expanding its elementary school programs for the “highly gifted,” especially for minority students. By adding seats and instituting sensible reforms such as universal screening and holistic identification strategies, administrators increased the proportion of black and Hispanic participants by more than a third since 2016.

Now plaudits are again in order for the district’s similar effort directed toward older students—especially, again, underrepresented disadvantaged populations. “The Montgomery school system is preparing a framework to expand access to regional ‘choice programs,’” writes Caitlynn Peetz for Bethesda Magazine. It’s part of the district’s attempt to provide “all students, particularly students impacted by poverty, with opportunities that enrich and expand access to learning,” says Scott Murphy, director of the county’s Department of Secondary Curriculum and Districtwide Programs, who spoke with Peetz.

Notable among the latest changes is significant expansion of the district’s International Baccalaureate (IB) offerings. These classes and school-wide programs are designed for secondary students who need more challenging coursework. They exist in 143 countries across more than 3,400 schools, almost 1,400 of which exist in the U.S., where IB “has gained popularity for setting high standards and emphasizing creative and critical thinking,” according to GreatSchools.

IB programs have existed for a while in a number of Montgomery Country high schools, but only the iteration in Richard Montgomery High School serves as a selective magnet program. There, IB students are grouped into a separate cohort that attends classes together during their four years of high school. “Richard Montgomery’s IB program is regarded across the state as one of the best,” says Peetz, and demand is high, with approximately 1,000 students competing annually for 100 seats.

In response to this demand, district administrators plan to transform IB offerings in three other schools to match the high-powered program at Montgomery High, thereby creating four such selective magnets. The expansion would begin in 2020–21 and has the potential to quadruple the number of available seats. This means that, by 2023, the number of active participants in a given year would rise from 400 to 1,600, providing much needed opportunities to 1,200 more teens.

Driving these endeavors, as well as improvements to gifted education in elementary grades and a well-under-way district-wide effort to expand access to Advanced Placement classes, is Superintendent Jack Smith. Now in his third year, his tenure has been defined in part by efforts to diversify and expand programs designed to maximize students’ educational outcomes—all of which is timely in both Maryland and across America. Racial disproportion has forever plagued such education offerings, and “several measures of excellence gaps suggest that they have grown significantly over the past twenty years,” write Jonathan Plucker and Scott Peters, both experts in the education of high-achieving students.

To be sure, as Plucker and I also wrote, simply expanding access is necessary but insufficient: “School leaders, policymakers, educators, and advocates need to recognize…[that] the programs must also continue to challenge all of their students and maximize their potential.” We added that policies “don’t fix or wipe out poverty, discrimination, poor preparation, and other factors that lead to underachieving students. Districts must also undertake the harder, much longer-term efforts needed to close excellence gaps.”

Yet Montgomery County’s multi-pronged efforts to improve both access and outcomes for its many able black and Hispanic students suggest that it’s taking this message to heart. By pairing improved, expanded, and increasingly diverse elementary-grade gifted programs with scaled-up secondary-school offerings like International Baccalaureate and AP, the district is mitigating “fade out,” wherein gains made in early years are lost in later grades because they lack opportunities that continue to challenge advanced students.

Much work lies ahead, of course, locally and across the country. Parents of gifted children in Montgomery County will tell you, for example, that the services available at neighborhood schools are still lackluster. But we ed-policy types ought to applaud systems that institute smart policies, especially when they stand to benefit kids who rely most on schools to prepare them for success. This expansion of high quality International Baccalaureate is a great example that other districts would be wise to follow.