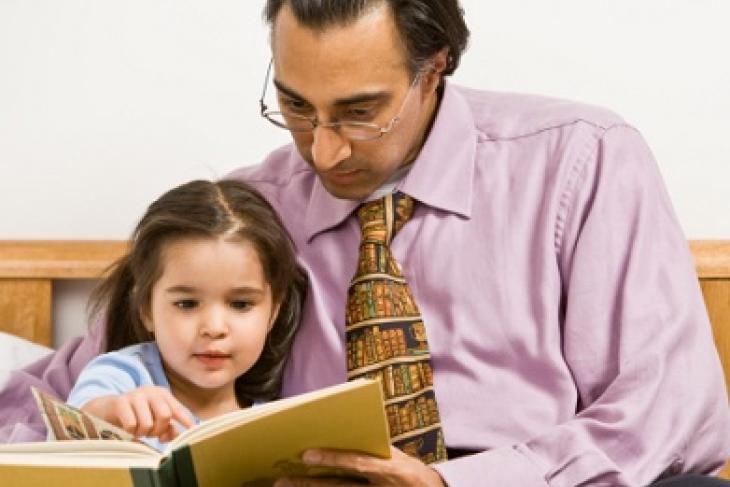 We’ve seen a lot of hand wringing over math achievement in this country. Our students continue to underperform against their peers in other countries, lighting a fire under educators and politicians to push new STEM (science, technology, engineering, and math) programming in schools. While these panicked efforts have admirable intentions, they are mostly barking up the wrong tree. Kids spend vastly more time outside school than in it—four or five times as many waking hours—and one-on-one attention during that time is a major unpulled lever for generating change. Sadly, the large majority of our population misses out on that opportunity completely.

It begins with parents, who are their children’s first teachers. Kids respond to the in-person presence of their parents more strongly than to anyone else. Patricia Kuhl at the University of Washington's Institute for Learning and Brain Sciences (I-LABS) has shown that when a baby sees someone touch her mother’s hand, the same region of the baby’s brain lights up as when someone touches the baby’shand. But when the baby instead watches a video of the person touching her mom’s hand, those regions don’t light up. Nor do they light up when a stranger’s hand is touched. Moreover, babies respond more strongly to live teaching than screen content. Kuhl’s team found that seven-month-olds learning a second language from a live tutor significantly outpaced those learning from video—even video of the same tutor giving the same lesson. An adult’s live presence simply cannot be matched by screen time, priming parents to be a child’s on-site first educators.

This bond underlies the discouraging income gaps in children’s academic achievement. High-income, high-education parents are more likely to read to their toddlers, hence the famed thirty million-word gap in the vocabulary children hear by age three. But even highly educated parents subject math to a hostile double standard relative to reading. At least half of parents read their kids a bedtime story every night, a sweet bonding ritual that establishes reading as a fun pastime. Why don’t parents do the same for math?

Because our culture views math strictly as work rather than play. The bestseller lists on Amazon reveal how parents perpetuate this: While the top ABC/alphabet books sport popular syndicated characters and fun plot lines, the top math volumes are almost entirely workbooks. What message does that send to kids about the beauty of numbers? And because parents settle for the path of least resistance, their purchases keep the worksheets and flash cards at the top of the list, leading new parents to follow suit. (The same perpetual motion machine exists among the hundred top-selling toys: At any given time, only a handful of them involve numbers or shapes, while the rest celebrate sports, music, and bath splash. Only the rare winning geometry toy like Spirograph or Blokus bubbles to the top.) Math offers tons of playful possibilities, but most parents view it as a chore and steadfastly signal the same to their kids.

This is one major reason for the astonishing findings by the University of Chicago on Bedtime Math, the nonprofit I founded three years ago. Our app poses playful, wacky stories followed by math questions, all formatted as a fun discussion with parents rather than a quiz. In a study of nearly six hundred families, the researchers found that in just one school year, kids who used the app with their parents as few as one or two times per week gained three extra months of math skills over the control group (who read the same opening stories but followed them with literacy questions). The most eye-opening finding was that children of math-phobic parents had even bigger gains. This puts a new perspective on the many multimillion-dollar reforms out there: We pour money into our schools but can achieve even more powerful results with an intervention that costs almost nothing. That’s because it can enableany parent to become a great math teacher for his or her own young children.

The need for parental nurturing increases once children enter school. Elementary school teachers have self-identified as the most math-phobic cohort among our undergraduates, leaving them on shaky footing as the math becomes more challenging. When a math-shy teacher tells students, “If you’re adding fractions, the bottoms have to match, but when you multiply, they don’t,” kids need a tangible explanation that they can internalize. Without that, it becomes yet another algorithm to memorize. Like a new speaker of a language awkwardly translating word by word, memorization of rules doesn’t equal fluency. Kids need to be truly comfortable with numbers— and one-on-one attention at home gives them the chance to dig in with questions, clear the blockages, and gain that fluency.

How do we make this possible for all children? On the micro level, parents can and should improve the home learning environment, since that is where kids spend the bulk of their time and have the strongest emotional reaction to stimulation. To foster this, we need to raise awareness of the power of parental engagement. Pediatricians, groups like the Nurse-Family Partnership, and early literacy groups all have a toehold in this space; they should promote math right alongside literacy, tummy time, and other parenting best practices. Funders can play a major role by demanding the inclusion of math, which often isn’t part of the equation for young children.

Schools need to give their teachers more effective professional development, which is currently an area of alarming weakness. To that end, teachers need a school environment where they feel comfortable admitting that they need to brush up. Similarly, schools need to educate parents on the math curriculum so that they can help bolster their children’s learning. Finally, schools can introduce parents to fun and compelling informal content outside school, which can foster a love of math as an enjoyable pastime. Parents have written to say that thanks to the Bedtime Math app, they themselves are enjoying math for the first time alongside their kids. It’s proof that we can spark culture change for both parents and the generation to follow.

Laura Overdeck is founder of Bedtime Math and chair of the Overdeck Family Foundation. She holds a bachelor’s degree in astrophysics from Princeton University and an MBA in public policy from the Wharton School.

Policy Priority:
High Expectations
Topics:
Curriculum & Instruction
Thank you for signing up!
Please check your email to confirm the subscription.