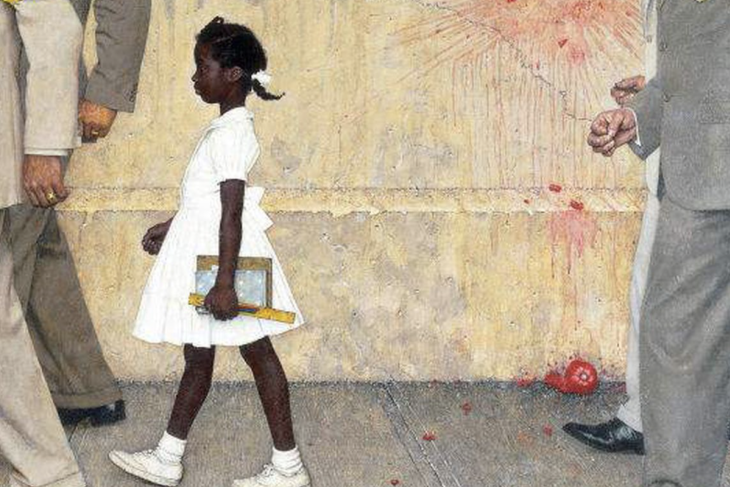 Last week’s elections were a turning point in the fraught debate over how race and racism are taught in America’s schools. No, the backlash against critical race theory wasn’t the only issue that mattered in Virginia’s gubernatorial election. The Republican candidate’s surprisingly strong showing in New Jersey’s governor’s race (where CRT wasn’t even on the menu) suggests that the general political environment posed ample challenges for Democrats. That’s not unusual, considering that opposition parties often do well in off-cycle elections. Nor was the curriculum controversy the only education issue stoking parents’ anger. Just as powerful was frustration with lengthy school closures, which were worse in Virginia and New Jersey than almost anywhere else.

Still, the political commentariat seems to agree that the way Virginia Democrat Terry McAuliffe handled the CRT controversy was a case study in exactly what not to do. Not only did he make a terrible gaffe in saying in a September debate that parents shouldn’t be telling schools what to teach, he doubled down by repeatedly asserting that the whole issue was nothing but a racist dog whistle.

It doesn’t take a political genius to understand that this wasn’t a winning message for parents with concerns over what they saw being taught in their children’s schools. As Yascha Mounk wrote in the Atlantic, “you can’t win elections by telling voters their concerns are imaginary.”

And as both Ross Douthat and David Brooks have pointed out, while Virginia second graders are nowhere close to being force-fed CRT, recent years have brought an aggressive shift in how progressives talk about race and racism, and that has inevitably been filtering into the schools. Indeed, Rick Hess has documented many examples just from the Commonwealth of Virginia. In Loudoun County, for instance:

Nobody knows for sure how prevalent this sort of woke training and curriculum is. But even if a school system hasn’t adopted the (CRT-inspired) 1619 Project, or put Ibram X. Kendi or Robin DiAngelo on their summer reading lists, it’s not hard to imagine well-meaning teachers making questionable statements in the classroom. As Andy Rotherham told The 74, “right now there is enormous demand but little quality control in the [diversity, equity and inclusion] industry, and teachers are freelancing. That’s a bad mix. This is complicated, and you don’t want teachers using whatever they found on Pinterest last night or just learned at a one-hour workshop.”

Just last week my own eighth grade son came home (from a Maryland public school) with a history assignment that listed “white supremacy??” among a number of “American values.” In my opinion, this is an inflammatory and wrongheaded way to address America’s history of slavery and racial discrimination. My point isn’t to debate that particular assignment but to illustrate how pervasive this sort of thing may be. As John McWhorter wrote in the New York Times this week, “if it’s not critical race theory, it’s critical race theory-lite.”

So Democrats failed a major test in contending that CRT is absent from our public schools, rather than listening to parents’ concerns.

Yet they may take hope from the likelihood that Republicans will also mess up this issue. In fact, that’s already starting to happen in the form of blatant overreach.

As is often the case, Texas is leading the way, with a highly questionable investigation of books in school libraries—one that’s a little too reminiscent of the McCarthy era—on top of a highly problematic anti-CRT bill that became law last spring.

Few parents may want woke curriculum, but how many want book banning instead? Or for their kids to see “both sides” of the Holocaust? The goal should be to provide our children with a well-rounded liberal education that encourages them to understand the facts, weigh multiple perspectives, search for truth, and think for themselves. The goal isn’t to replace one form of indoctrination with another.

Indeed, conservative writer David French makes a compelling argument that right-wing illiberalism is emerging as a significant problem, especially in red states like his own Tennessee. “An increasing number of politicians, lawyers, and activists,” he writes, “are responding to fears of left-wing intolerance with their own efforts to censor, suppress, and cancel.” Some are afraid that depictions of Ruby Bridges standing up to white supremacists (including one by Norman Rockwell!) will make kids today feel bad; others want Toni Morrison’s Beloved out of high schools because of its unsparing portrait of slavery and sexual violence. (That’s the point, of course.)

What Republican politicians should understand is that most of their own voters want schools to forge a reasonable middle path. Kristen Soltis Anderson led a fascinating survey for the PIE Network recently, which she and others have been writing about. Overwhelmingly, both Democrats and Republicans want history to be taught warts and all. More than three-quarters of Republicans and almost all Democrats agreed that “we should acknowledge the terrible things that have happened in our nation’s history regarding race so students can learn from them and make the future better.” Three-quarters of all voters also support “adding more books in English classes by authors who are Black, Indigenous, or people of color.”

If Republicans keep going after Ruby Bridges and Toni Morrison and Norman Rockwell, those independent voters are going to swing back in the other direction. And more than a few GOP voters are bound to have second thoughts. As well they should.

Is there a way through all this, a way that’s right for American kids and acceptable to the great majority of their parents?

I surely don’t have all the answers. But somehow we need to find a way to delineate between the various flavors of overly woke curricula that are offending so many parents and more thoughtful approaches that seek to teach history honestly and comprehensively, add diverse voices to the English literature canon, and help all students see themselves in America’s story. The laudable Educating for American Democracy roadmap goes a far distance in that direction; so too do the exemplary U.S. history and civics standards in the five (red and blue) states that earned A’s in our recent reviews. Not to say that it’s easy. It’s surely harder than fighting another culture war. But it’s the work we are called to do.