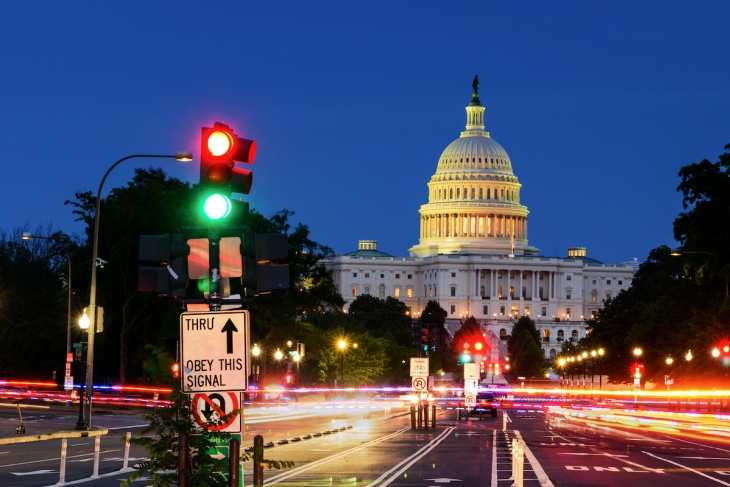 Bullish but far from sanguine is how I view the ambitious history-and-civics “roadmap” unveiled this week by the “Educating for American Democracy” (EAD) project.

I welcomed the venture when it launched two years ago, have advised it via several of its committees and feedback sessions, have done a bit of back-room prodding and editing, and have encouraged my Fordham Institute colleagues to sign on as an institutional backer. One hopeful sign is the large number of such backers and endorsers and the wide range of views and priorities they represent. Another encouraging example of the project’s wide appeal is the supportive editorial in the Wall Street Journal by six former U.S. education secretaries, three from each party.

The backdrop to my own (and Fordham’s) support is the appalling state of history and civics education in today’s United States. Our own team is nearing completion of a comprehensive review of state standards for K–12 schooling in those two subjects. While I can’t divulge any specifics, I can say with certainty that many states have bungled it via standards with thin-to-nonexistent content, huge gaps, and such a mishmash of formats that it’s nearly impossible to picture teachers and curriculum developers actually following them.

Perhaps as revealed by the slipshod expectations for student learning signaled by their motley standards (albeit with some stellar exceptions), states mostly don’t seem to care whether kids learn this stuff. Though most retain the obligatory high school U.S. history course, and a fair number have a required course (often just a single semester) in civics or U.S. government, rare is the state where schools’ success in imparting this vitally important knowledge, skills, and dispositions to their pupils figures in the their accountability plan. Often there are no statewide assessments or other outcome measures, and when there are, they seldom count. (Okay, yes, students must pass the required courses, but that’s teacher judgment.)

Maybe it wouldn’t matter so much if adult Americans were well versed in their country’s history, governing principles, system of government, and civic institutions—and if they took that knowledge to heart and acted in accord with it. But—I don’t really need to write this sentence!—we have ample evidence, accumulating by the day and week, and faster with every passing month, that that just isn’t so. Unless you haven’t looked at any sort of screen or newspaper in the past few years, you’re well acquainted with this meltdown and the havoc it is wreaking on so much that so many have long cherished about the United States.

Schools alone can’t solve that problem, but what kids learn there can contribute to a much-needed solution. So the EAD team heroically undertook to develop a “roadmap” by which schools (and districts, states, etc.) can reinvigorate history and civics education.

Predictably, this was hard, as much of what divides Americans has its counterpart in K–12 social studies. “Action civics” versus “how a bill becomes a law.” Skills versus knowledge. “1619” versus “1776.” “Wars, presidents, and other great men” versus “the history of the oppressed and victimized.” I could go on.

The EAD team strove to enlist a wide range of participants as they sought a middle ground. They also finessed the toughest questions by posing their entire new “roadmap” as a series of questions that kids should wrestle with and be able to answer rather than trying to prescribe answers to those questions. The questions are really good—and eighteen-year-olds who possess informed and thoughtful answers to them will be well prepared for citizenship in the American democracy. But the roadmap is a long way from an actual curriculum.

That’s left to states, districts, schools, and teachers. Thus the hard work that lies ahead. The EAD team also had to finesse some of the stickiest “who does what” questions. They avoided telling states to build history and civics into formal accountability structures for schools or students. They avoided prescribing the many enormous changes that will have to occur in teacher preparation. They sketched a very limited role for the federal government, though one that may bring its own culture wars as, for example, NAEP frameworks for assessing these subjects get revised and one that could metastasize in worrisome ways if some of EAD’s friends on Capitol Hill get their way.

So there’s no dreaded “national curriculum” here, at least not yet, and that avoids a lot of problems for the time being. But neither is there a curriculum here (!), much less an energy source to push and coordinate all the moving parts that need to move together. Documents like this are, of necessity, predicated on so many individuals, organizations, and institutions changing their present practices. Perhaps most worrying, the changes sought by EAD cannot happen at scale without a skilled and well-educated teaching force that is dedicated to breadth and balance, equipped with a rich and robust curriculum, and capable of delivering it. The EAD team knows this, but nothing within their power will cause a seamless silken duvet to replace today’s patchwork quilt. So this elegant roadmap and its many supporting documents and supporters become, inevitably, something of an aspirational exercise that starts a conversation, even as we know that getting K–12 education back into the business of citizen-making is a long-term enterprise. EAD supplies plenty of thoughtful advice to all concerned, yet today our K–12 system is ill-equipped to deliver on all those things.

That’s why my admiration and bullishness for what the EAD team has achieved must be tempered by my shaky confidence that it will make the difference that American education needs.