No, school choice is not the answer to critical race theory 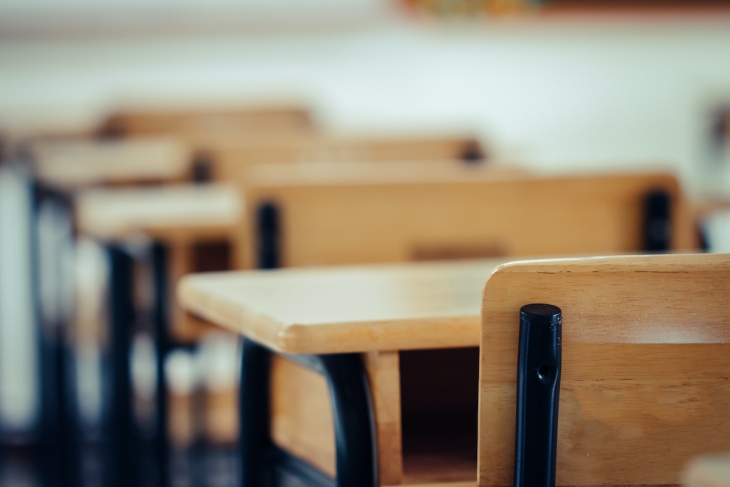 A recent Reason magazine piece offers school choice as the solution to our pitched battles over critical race theory in K–12 education. “Now that the debate is escalating over more fundamental differences involving the value of liberal ideas, individualism, and rationality, it’s difficult to see how Americans of opposing viewpoints can share tax-funded schools that fall on one side or the other of the ideological divide,” writes J.D. Tuccille. “So let’s not even try when we can encourage the growing exodus from public schools to alternatives of all sorts.” The Cato Institute’s public school “battle map,” cited in the Reason piece, marshals its case for school choice documenting more than 2,400 conflicts in the last fifteen years over curriculum, values, gender, sexuality, and other flashpoints. Cato notes, not insensibly, that “public schooling often forces people into wrenching, zero‐sum conflict.”

Why fight over “CRT” when we can choose? You teach oppression studies; I’ll teach American exceptionalism. It’s a simple and obvious solution. But it’s also a naïve and unsatisfying one, and the Reason piece cited above hints at why. The “lens” through which critical race theory would have students view the world cuts to the heart of our most fundamental ideas about the role of education and the civic mission of schools in shaping children’s view of their country. School districts may be the battleground, but the war is about much larger issues and themes.

Choice supporters (and I count myself as one) often engage in a subtle sleight of hand in making our case. We argue that we should “fund students, not systems” and insist that families should have control over “their” money. But this elides that the cost of education in the U.S. is socialized. We pay school taxes whether we have children or not. Thus if we’re honest, we’re really advocating putting parents in control of “our” money (including their own, obviously). It makes good sense to put decision-making in the hands of those closest to schools and with the most at stake: their own children. But the shared cost implies a mutual interest and a literal investment in every child. School choice may “solve” the CRT problem for a family, but it can’t address the clear interest every American holds in the education of the next generation.

Neither side in the debate is merely seeking permission for their children to be taught as they prefer. This is a fight over how to explain American history, society, and culture to all our children, whom we are counting on to be morally committed to protecting, defending, and perfecting it as adults.

When you view education as a private good, choice as a panacea makes sense. When you view it as public good, the rationale becomes less satisfying. (It’s both, so the tension is inevitable.) Moreover, this may be a unique, structural limitation of the American way of running schools. As Ashley Berner of Johns Hopkins has documented, other nations tend to be far more pluralistic in the number and types of schools that are funded by their governments. But they are also far more likely to teach a national curriculum. The U.S. Constitution guarantees control of education to the states, making a national curriculum, for good or for ill, a non-starter here. So curriculum fights are a flaw and a feature our system.

“Wokeness” is proving a nettlesome challenge to the logic of school choice in more ways than one. Those with the greatest amount of capital—both cultural and financial—enjoy the greatest amount of school choice. In theory, this should more closely align school curriculum and culture with the values of the families that pay for it. But the hyper-elite, prodigiously expensive private schools favored by America’s gentry are among the very wokest schools, driving many parents to seethe privately but mostly stay put. The argument has been made that elite private schools are merely a stepping stone to an Ivy League admissions letter, incentivizing ambitious parents to hold their nose and keep their eyes on the prize. But if elite colleges, too, are earnestly committed to “dismantling privilege,” then it’s an open question whether a private prep school education will continue to offer a leg up in admission.

Lastly, choice as the remedy for CRT debates ignores that the percentage of families with ready access to more than a small handful of quality options is probably quite modest. Changing schools is not something to be done quickly or easily. There’s merit to the argument that choice can be a release valve for acute, CRT-related tensions. But in the end, it’s not a solution; it’s an activist’s talking point. And maybe it will prove a useful one for school choice advocates. But by no means is it an “answer” or “solution” to the CRT debate.