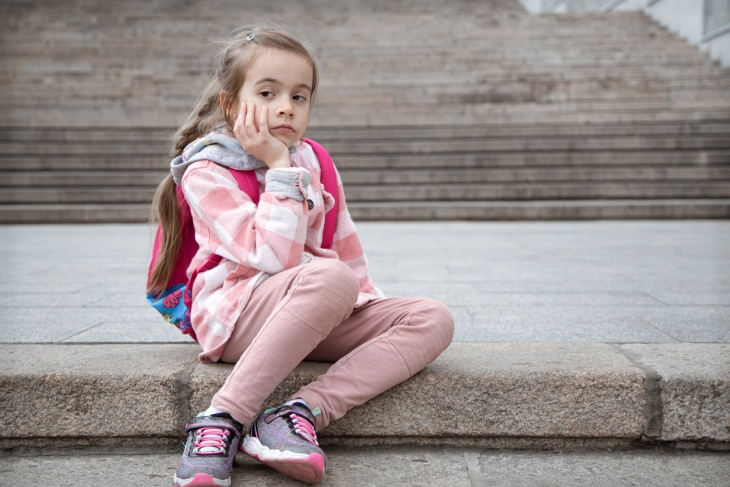 When New York City School Chancellor David Banks announced a new screened high school admissions policy last month, many were quick to rejoice that the de Blasio reign of “lottery admissions” was finally over. Like Fordham Institute’s opinion piece, “High-achieving middle and high schoolers gain from latest NYC ed reform,” some policy experts perceived the new policy to be more selective than it really is. Although we agree that it moves high school admissions policy in the right direction, this policy change is just one small step forward after NYC took three very large steps backward.

Before a new high school lottery policy was adopted in 2021, academically screened schools considered three factors: seventh grade NY state test scores, final grades, and attendance. Given that the state tests were canceled in 2020 and administered on an opt-in basis in 2021—and Covid disrupted attendance—it was not possible to use achievement test scores or attendance in the high school admissions process for 2022. However, there is no reason to brush these objective metrics aside in future years. Students are back in school and state achievement testing has resumed, so why not give them consideration towards a student’s high school application? With the new admissions policy, a student’s acceptance into high school is based on just one indicator: grades. Well, two, actually, if you count luck!

The old admissions policy ensured that only the top performing students—in terms of achievement, attendance, and grades—were admitted into these rigorous schools, which are specifically designed to have highly demanding curricula to meet the needs of advanced students. The new policy, on the other hand, excludes state test scores and attendance and instead uses a lottery to select students from the top 20 percent of middle schoolers. Making seventh grade final grades the sole factor, let alone using this reimagined lottery, leads to a host of issues.

NYC is already known to have a problem with grade inflation. As Wai Wah Chin writes in “The Other Inflation,” “One such middle school is the Eagle Academy for Young Men of Harlem, where, according to 2018 data, 93.9 percent of students passed their math classes, even though 95 percent failed their eighth-grade New York State math assessment.” Eagle Academy is not an isolated instance. It is a city-wide problem, as illustrated in Susan Edelman’s “Critics cry ‘grade inflation’ at NYC schools as students pass without meeting standards.” As these examples show, the state test is an objective measurement of a student’s academic abilities, while grades are subject to manipulation. Teachers’ bias or favoritism, as well as other discretionary actions, are just some of the ways grades can be manipulated.

Based on the personal experience of the first author, one way a school can bolster grades is through test corrections. While learning from one’s mistakes is an important part of growing as a student, it should not be used as a way to raise grades and give a false impression of a student’s academic abilities. Additionally, schools have different levels of academic rigor, so a 95 average at a highly demanding school like Hunter is much harder to achieve than the same grade earned at a less rigorous public school. This grade-based lottery system will only exacerbate the problem, as more and more schools decide to artificially boost their students’ grades in an effort to get them into the group one lottery pool.[1]

The situation for middle schools is even worse than that for high schools. Like authors Finn and Wright point out in the aforementioned Fordham piece, the school districts were given just four short weeks to decide if they would institute screens, which could only entail grades, not state test scores, to then draw a lottery. Communities were left to choose from the best of two evils: either no screens at all or a lottery admission similar to the high school lottery. When the new policy was first announced, concerns arose of whether the superintendents would actually listen to the voices of parents. Now that the final decisions have been made, such concerns have been proven true. For instance, in Manhattan’s District 2, the superintendent removed all middle school screens despite the will of the majority saying otherwise. Instead, the superintendent assured that more “honors programs” will be added in the place of middle school screens. This is one big farce. These accelerated programs will only be instituted in one subject, math, and it is unclear whether they will be in more than just one grade, eighth. Some schools are too small to offer any accelerated/honors classes. While offering honors classes in every subject in every grade in all middle schools would be a reasonable compromise to most parents, it is unlikely that such arrangements would ever happen.

Like high schools, the New York City Department of Education (DOE) has created a disguised lottery for the elementary school gifted and talented (G & T) program. While G & T seating has indeed been expanded, as Finn and Wright also point out, an objective admissions test has been replaced with teacher recommendations for pre-kindergarteners and grades for third graders; in New York this is a 1–4 grading scale, with most students getting 3’s and 4’s (80–100). These easier standards will yield many more qualifying students than there are seats, leading to a lottery as the final step. These easier standards will mean many more students with lower academic skills will be selected for the G & T programs. In turn, this will lead to diluting of the accelerated academic standards that are the cornerstone of G & T programs.

Although there are varying positions on when and how children should qualify for G & T, the consensus among pro-merit advocates is that there should be an objective assessment method. In another Fordham article by Brandon Wright, “Gifted education is (hopefully) a work in progress in America’s largest school district,” the author proposes universal screening in the form of an already administered standardized test, as well as other dynamic factors, but a few years later than pre-k (in New York State, this falls into third grade, when all students take the first state test). Contrastingly, many NYC parents believe that universal screening in the form of a diagnostic test should begin in pre-k with an opt-out option and continue every year through second grade, as illustrated in the report on gifted and talented education created by the largest NYC pro-merit parent group, PLACE NYC. Both Wright and the parents of PLACE NYC advocate for a “continuum of services,” which can take different forms depending on the school resources, as well as the students’ needs that can be further assessed by the school after the student has qualified for G & T. Regardless of the approach to G & T, one thing everyone agrees on: NYC must further expand G & T seats to accommodate all the children who qualify.

These attacks on academically accelerated programs are being driven by DEI ideology, which holds that diversity itself is the policy solution for the lower achievement levels of many lower income and disadvantaged minority students. New research has challenged that belief, and policies that continue to advance mandatory diversity plans will only further harm public schools by driving away those students who are most likely to benefit from academically advanced programs.[2]

If the goal is to preserve truly rigorous schools that are designed to meet the needs of advanced and gifted students, then objective metrics must be reinstated. State tests should be one of the criteria for screened middle school and high school admissions, and the current subjective G & T lotteries should be replaced with an objective process that leaves no room for favoritism and bias. In the ever-lasting pursuit of “equity and excellence for all,” the NYC DOE has changed the admissions process for academically rigorous schools to increase the percentages of underrepresented groups instead of asking the question why they are underrepresented in the first place. Chancellor Banks cannot continue hiding from the state tests, which expose the failures of the DOE. The issue of why New York City has schools with a 2 percent math proficiency rate should be Banks’s primary concern, not demographic pie charts! This is the problem that needs fixing, not taking away objective metrics from screened schools so that these schools are no longer what they were designed to be. Students cannot wait endlessly before Chancellor Banks steps in to solve the problems of failing schools and admissions into screened schools. We don’t have time for “mid-course corrections.” Banks and Adams need to take action now!

[1] Student are in group one if their average grades for math, science, English language arts, and social studies in the final quarter of seventh grade falls in the highest 15 percent of their school or citywide, and that average is at least 90.

Kristina Raevsky is a 7th grade student at a NYC public school who has been actively speaking out for pro-merit education and reversing NYC’s damaging education policies. She is also a two-time author of A Sheep’s Tale - Young Patriot’s Guide to Saving America and Fly Me to the Moon and Other Stories.

David J. Armor is Professor Emeritus of Public Policy at George Mason University and author of The Evidence on Busing; Forces Justice: School Desegregation and the Law; and Maximizing Intelligence.