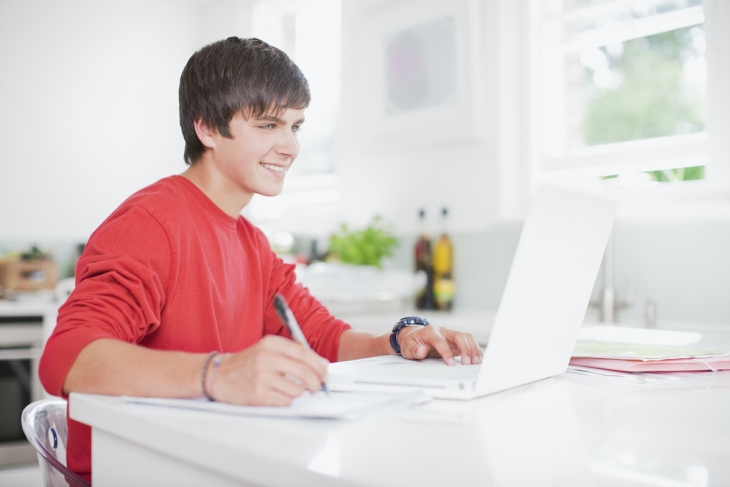 Five years ago, Milwaukee Public Schools (MPS) launched an initiative called “Connected Education” in an effort to boost the number of students able to partake of Advanced Placement (AP) courses. More students meant more courses could be offered, but fiscal and personnel constraints prohibited them being offered in the traditional manner. Through a donation, the district received “telepresence systems” and began an experiment in remote learning, the results of which resonate beyond MPS boundaries.

While “telepresence” sounds like a tagline from Popular Mechanics in the 1980s, the system is actually quite advanced. An instructor teaches one group of students in person, as well as a second (and possibly a third) set of students who are connected via video. Enhanced site-to-site cameras and sound equipment, along with interactive widescreen monitors, allow the remote students to interact in real time with the instructor and their fellow pupils, seeking to mimic the environment in which all would be physically together. Analysts Jennifer Darling-Aduana and Carolyn Heinrich of Vanderbilt University examined students enrolled in a telepresence course inside the host school—where the student received instruction in the same location as the teacher most days—versus students who participated remotely and typically received instruction in a different school from the instructor.

The study is quasi-experimental, using data from student and instructor surveys, as well as models that compare students with themselves in alternative years. They have data on nearly 600 students who participated in telepresence courses—of whom about 200 were remote. Compared to the general student population, participants were less like to qualify for free or reduced-priced lunch, to receive special education services, or to be English language learners. They were also more likely to be white and female. The analysis covers three years of data starting in 2015–2016. Seventeen different courses were ultimately offered via Connected Education, several of which were not AP courses.

The program took “connected” seriously. Not only was the technology interactive, but instructors used multiple icebreaker activities and held several in-person Saturday sessions to help build relationships between students. Additionally, the instructors would travel to the remote locations and teach in person several times per semester to have face-to-face interaction with the usually-remote students. Ironically, although we typically envision remote classes as huge lecture-style affairs, class sizes ranged from eight to thirty students, which is in line with district norms for AP courses and the recommendations of the College Board.

The key finding is that overall participation in telepresence courses in a given year translated into enrollment of 1.3 more AP courses per student compared to years in which students did not participate in telepresence. Remote participation in a telepresence course translated to 1.5 more AP courses. Since all MPS students had to take the ACT under Wisconsin law, they also use those scores as an outcome. After controlling for eighth-grade student and school covariates, they find that students enrolled in telepresence courses scored about two to three points higher on the ACT compared to students who never enrolled in them. Finally, the percentage of days absent from school was lower by approximately 2 percent among students who participated remotely. Survey data show that students enjoyed interacting with students from other schools and appreciated the out-of-school outings. Teacher surveys show that the technology didn’t always work, especially at the beginning, but improved over time.

The fiscal and personnel constraints that catalyzed this intervention in 2015 take on greater significance in the midst of today’s pandemic. Teachers, parents, and pundits decry the impersonal and disconnected nature of online learning. But MPS’s telepresence effort shows that we can do better. Synchronous teaching with small classes, strong interactive components, and traditional relationship-building features are all possible in remote learning. That’s not the in-person variety that teachers justifiably miss. But it will surely have to suffice for many American students and teachers in the meantime, so let’s make the best of it.