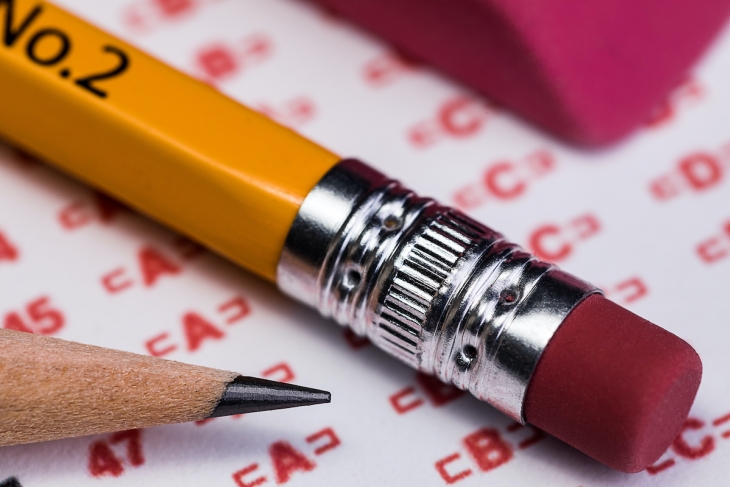 A recent study uses data from math and reading tests conducted between 1954 and 2007 to explore long-term trends in American students’ achievement. More specifically, it analyzes data from four sources—the Long-Term Trend (LTT), the National Assessment of Educational Progress (NAEP), the Trends in International Mathematics and Science Study (TIMMS) and the Progress in International Reading Literacy Study (PERLS), and the Program for International Student Assessment (PISA).

Still, some patterns do seem to be relatively consistent across tests. For example, relative to White students, Black, Hispanic, and Asian students seem to have gained about a tenth of a standard deviation per decade (or about one quarter of a grade level). And low-income students seem to be catching up in elementary school. Yet for every subgroup except Asians, these gains are actually reversed by the end of high school. In other words, the gap between rich and poor students who are entering the workforce or moving on to college seems to be increasing.

Finally, progress in math may have slowed for students born after 1990 while progress in reading has accelerated, but the larger story seems to be that the overall rate of change has remained fairly steady over the past half century “undisturbed by the many apparent perturbations that might have disrupted the learning process.”

So what’s going on?

According to the authors, the results are broadly consistent with the long-term rise in average IQ scores, which have increased by roughly 3 points per decade over the last 100 years, both worldwide and within the United States. Perhaps surprisingly, that increase is driven by “fluid reasoning” (or the ability to analyze abstract relationships) rather than “crystallized knowledge” of the empirical world. In other words, we really do seem to be getting better at subjects like math—or at least, abstract math—but we aren’t learning that much more history, geography, and science facts.

Nor are we improving at the kind of skills assessed by PISA, which somewhat uniquely focuses on “an individual’s capacity to identify and understand the role that mathematics plays in the world,” as opposed to the kind of math that’s typically taught in school.

According to the authors, the long-term divergence between fluid reasoning and crystalized knowledge—and thus, between abstract math and reading—is most likely due to “broad changes in nutrition, reduction in contagious diseases, and greater protection against environmental risks”—all of which “may enhance the brain’s analytical capacities during prenatal and infant stages of the life cycle,” according to prior research.

In contrast, they argue that the relative gains made by minority students are more likely due to changes in education and family structure. For example, Black and Hispanic students are from families that are “increasingly well educated, earn higher incomes, and have fewer children, all of which correlate with higher achievement levels,” while “the increasingly large investments that Asian American families make in their children’s education very likely account for the group’s more rapid rate of growth.”

As the authors note, many education programs that seek to equalize opportunity have focused on preschool and elementary education, so it makes sense that poor kids are seeing gains in elementary school. It follows that the reformers behind those programs should think harder and more often about how to help poor kids in middle school and high school.

SOURCE: M. Danish Shakeel and Paul E. Peterson, “A Half Century of Progress in U. S. Student Achievement: Ethnic and SES Differences; Agency and Flynn Effects,” The Annenberg Institute at Brown University (April 2021).