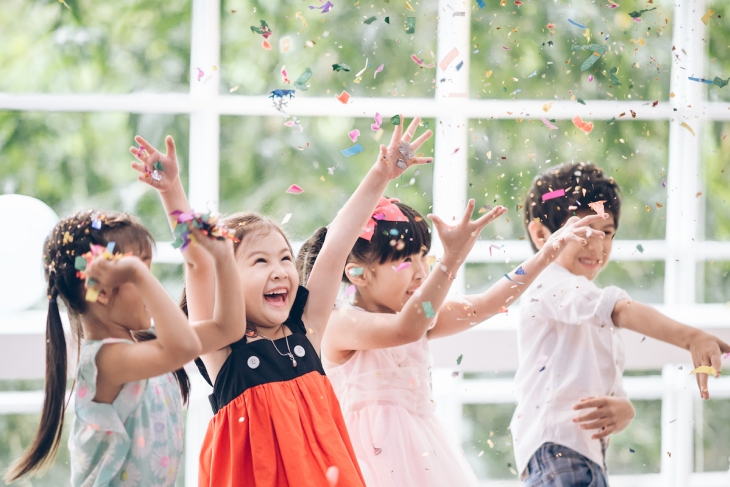 Those of us who advocate for character education are often met with incredulous stares. Even educators who recognize the importance of character are often deeply skeptical that educators can impart it to their students because they have never seen that done successfully outside of religious contexts. For this reason, it is important that we draw attention to successful, non-partisan, secular models of exemplary character education. We find such a model in The Jubilee Center for Character and Virtues, which just celebrated its tenth anniversary at Oriel College, Oxford.

Launched in 2012 at the House of Lords, the center’s mission is to investigate how character and virtues impact individuals and society. Led by Professor James Arthur, OBE, the center has a team of over twenty academics from a range of disciplines—philosophy, psychology, theology, sociology, and education—who work together to advance research on the critical importance of developing good character and virtues for a flourishing life and society. The central, animating conviction of the center is that virtue can and must be “caught, taught, and sought” in our schools. This is based both on empirically proven pedagogical technique and on the wisdom of longstanding philosophical tradition. The Jubilee Center is an excellent resource for educators in the United States who are interested in classical education, a pedagogy that seeks to develop each student as a whole person, by reconnecting knowledge and virtue.

In its ten years, the Jubilee Center—which was named after Queen Elizabeth’s Diamond Jubilee speech, given the same year—has much to celebrate. In addition to a wealth of cross-disciplinary, award-winning, academic research on virtue, it has helped to put virtue theory into practice with its Framework for Character Education, which has been utilized by tens of thousands of schools throughout the United Kingdom. Thanks to the work of the center, character formation is now a key criterion in school inspections in the UK and one of the pillars of government education policy.

That framework is the most important resource that the center offers American schools, as it provides the well-researched theoretical and conceptual structure for all that they have accomplished and continue to do. The framework begins with an important insight: School is a community that children participate in and belong to. Human life generally is communal in its forms—our communities shape and form us from an early age, and our sense of belonging to and participating in communities is an enormously important aspect of our personal identity. Schools, as communities, are engaging in character education whether they realize it or not. The only sensible question, according to the framework, is whether schools are doing this in ways that are “intentional, planned, organized, and reflective,” rather than “assumed, unconscious, reactive, or random.”

We need good character for school life to go well and to have classrooms that are conducive to learning together. Students need to develop intellectual, moral, and civic virtues in order to pursue the common ends of school life together. If we believe that flourishing—fulfilling one’s potential—is the goal of human life, then schools, as a preparation for life, should prepare their students to meet that goal. And for the Jubilee Center, human flourishing is the ultimate aim of education. If children are well educated, then they have developed the “practical wisdom” necessary to make good choices in their lives. Schools must help students to become good members of their communities and good citizens in a liberal democracy.

The framework classifies virtues into four kinds: intellectual, moral, civic, and performance. The intellectual virtues—like reflection, critical thinking, and resourcefulness—are those traits that enable us to discern right action and pursue knowledge and understanding. The moral virtues—such as courage, gratitude, honesty, and integrity—are those traits that enable us to act well in situations that require us to be good members of our communities. The civic virtues—civility, service, and neighborliness, for example—are traits that help us to be responsible citizens who can contribute to the common good. And finally, the performance virtues—like confidence, determination, resilience, and perseverance—are traits that we need to cultivate any virtue.

Practical wisdom is understood as the integrative virtue. Developed through experience and critical reflection on what is good, it enables us to perceive, know, and desire in accordance with reason or good sense.

The framework also helpfully breaks down the various components of virtue:

Jubilee also provides educators with a character teaching inventory, which maps out a comprehensive view of teaching strategies for schools to implement as part of their character education. This enables the framework to be put into practice not just in the classroom, but in every aspect of the school—from its social and physical environment, its leaders and staff, its curriculum and methods for teaching and learning, its enrichment programs, and its ways of relating to the community at large through service and volunteering.

The Jubilee Center ought to be a model for American educators interested in advancing character education. It is non-partisan and non-sectarian, and what it has accomplished, both theoretically and practically, is admirable and inspiring. American classical educators should not feel helpless or defensive in the face of incredulous stares from their mainstream counterparts. There is a wealth of research, experience, and undeniable success in character education to draw upon from our friends across the pond, and we should make good use of it.