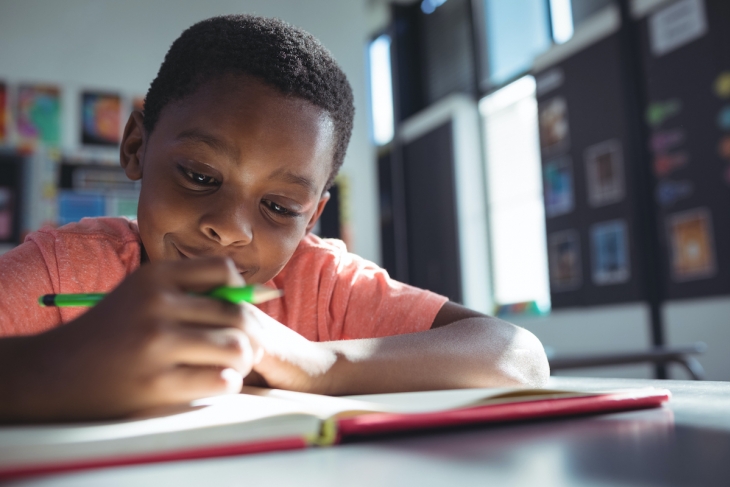 Yes, I blurbed it—and I like it. Yes, a visitor to our home, a worldly and skeptical sort, hefted it and looked at the title and asked me “Isn’t that awfully thick for a book about optimism regarding American public education?”

Maybe he’s right. I blow hot and cold about the future prospects of our K–12 system. (Mike Petrilli usually calls me “Mr. Glass Half-empty.”) But Jay Mathews’s new book is well worth your attention even though you may wind up wishing he hadn’t written it.

For one thing, he’s wonderfully readable. For another, after many, many decades reporting on the subject, both in the Washington Post and in nine—count ‘em—nine previous books, he knows as much about American education as anyone alive. And he knows it in a truly rare combination of “up close and personal” and “coolly analytic.” He’s got both street cred and authorial cred.

So why, after all of that, all that he’s seen, all that he’s reported, all that he’s uncovered, does he call himself an optimist? In this book, he concentrates on three large sets of developments—“movements” he calls them—that give him reason for hope.

In a section called “challenging average kids,” he delves into Advanced Placement—which he’s long touted, so long as it opens its doors to all who might benefit—and other strategies for filling students’ minds with more than anybody might have thought they could handle. Not just the platitude we know as “high expectations,” but actual difficult material to learn and master. He’s a strong believer that almost every child can rise to the occasion and handle more than our standard-issue curriculum doles out. And he sees more and more of that happening around the country. Which gives him hope.

Then come “super charters,” the high performing charter schools and networks that he’s written about over the years—including a great book on KIPP—and that have demonstrated their ability to boost the skills, knowledge, and life prospects of tens of thousands of poor and minority kids. They’ve shown that it can be done—is being done—which leads Mathews to the obvious optimistic conclusion that a lot more of it can and should be done.

Finally comes a somewhat tortured section in which Jay declares himself an aficionado of “progressive education,” which he finds “old but vibrant” and therefore a basis for optimism. In this part, however—the part I personally find least persuasive—Jay ends up debating himself and arguing with famous proponents of educational progressivism, including, at some length, my former close colleague Diane Ravitch. He finds some appealing examples, but he also points to ways that progressivism can go off the tracks of rigor and equity.

Be warned, fellow education reformers. There’s much here that you will probably nod in agreement with. Yet “The three significant movements examined in this book,” he writes in the epilogue, “have all been led by teachers...[N]early everything I have learned about American education over the last four decades has come from teachers and principals.” Which is to say, it hasn’t come from researchers, technocrats, politicians, philanthropists, or self-styled reformers. None of them, he concludes, has anywhere near as many truly effective strategies for giving kids what they really need as do school-based practitioners.

Put that in your pipe and take a puff.