On IDEA, Betsy DeVos did the right thing. Some school districts missed an opportunity. 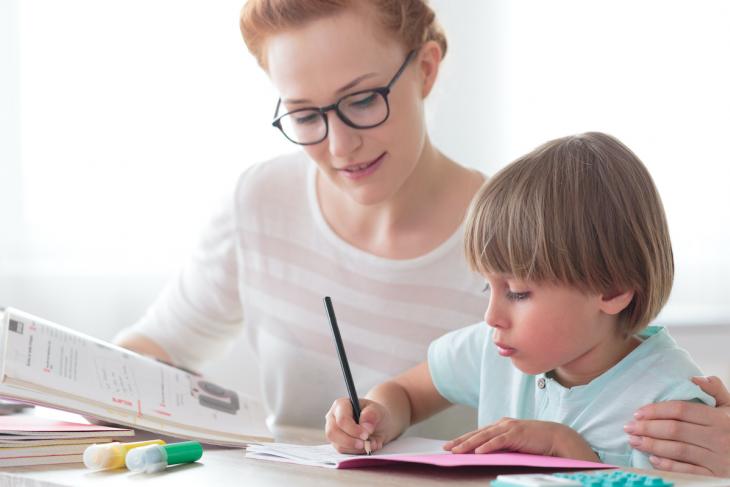 Over the last month, I’ve been talking with superintendents and special education leaders in many districts, and can distill some of what I’ve learned to reflect on Secretary DeVos’s recent decision not to press Congress to waive major provisions of IDEA.

That decision, let me stress, while not surprising to folks who follow policy and politics, came as a big surprise to many districts—a large majority of them, as best I can tell.

My impression during the COVID-19 shutdowns is that, in their approaches to special education, school districts can be sorted into two camps. The first, smaller camp said, “the law is the law and fortunately it has some inherent flexibility.” They acted quickly and used the latitude afforded by IDEA to rapidly amend IEPs to reflect remote learning realities for their students. They also shifted to remote IEP meetings and are documenting everything they do to have proof in case of future parent pushback. I have seen both suburban and urban schools do this. They will be in good shape in the fall from a compliance perspective, and their students with special needs will have been served as well as could be hoped. That’s not necessarily well served, mind you, but the same goes for all kids. The pandemic has reduced learning for all.

The second camp said to themselves that “a waiver is surely coming, so we don't need to do anything.” They turned out to be wrong. Or they said that “it’s humanly impossible to follow the law, so we’ll deal with the fallout in September.” The first camp, we can now see, has proven the second camp wrong.

Each camp has been serving kids similarly during remote times and providing them with some services, but not as much as anyone wants. The big difference will come in the fall, assuming something akin to normal schooling resumes then. Those that didn’t amend IEPs and continue with IEP meetings have already accumulated a great deal of compensatory services that are due to kids in the fall and also have a backlog of meetings that are now overdue. A key component of IDEA regulations is that services that are in an IEP but not provided must be provided at a later date. Similarly, annual IEP meetings with parents and teachers are required, and if delayed, they must be quickly scheduled.

In both types of districts, students with disabilities need extra help in the fall (as will their nondisabled peers), but what’s different between the two camps is, in one case, the extra services are mandated and in the other they are not. This doesn’t mean that the students with the legally required make-up services are better off, because they are guaranteed the services designed for a different time, the pre-pandemic-schools-are-closed era. They may be better served by an entirely different set of services focusing on months of lost instruction.

This is an example of intended and unintended consequences coming into play. Parents and advocates might say “great, schools should make up the missed services, so the law is working as intended.” Others will observe that doubling up on services in the fall will pull kids from core instruction a lot, overwhelm special ed staff, who are already leaving the field in droves, and will press those who should be providing students with mental health counseling into lots of meetings, meaning that much less counseling will be available.

Ironically, the law already allowed schools to avoid this overwhelmed fall, but most didn’t act accordingly. IEPs are a funny thing. They are legally binding commitments to provide set services, by specific folks, on a fixed schedule for identified amounts of time. In short, they are the law and very specific. That said, if parents agree to change the IEP, they can at any time. Guidance from the U.S. Department of Education made it easier to get these amendments in place during school closures.

In either case, kids with disabilities come up short, as compliance takes the front seat because of legal worries, at the expense of a more impactful focus on teaching and learning, clear eyed strategies for making up for lost instruction, missed learning, and summer slide.

One other comment: As schools first closed down, they initially worried about feeding kids, then about not breaking special ed laws, and finally about remote learning. They didn’t worry as much about teaching kids with disabilities as about the potential litigation. That’s an unintended consequence of IDEA in general, but the crisis has trained a bright light on it.

The Department of Education’s initial guidance made a good faith attempt to put the focus on teaching and learning, urging districts to provide as much instruction as practical. This helped some districts accelerate their remote learning efforts, but it couldn’t shake off the fear of future litigation and noncompliance.

Like most everything in special education, all parties want to help kids, but differences of opinion over what helps abound. It will be interesting to see this fall if compensatory services help as intended or create undesirable consequences for kids, teachers, and families.

Nathan Levenson is a Senior Advisor for the District Management Group.