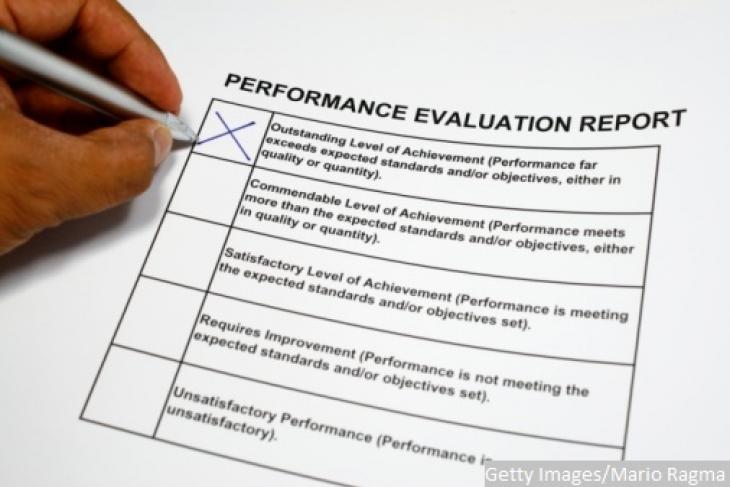 Since President Obama signed the Every Student Succeeds Act (ESSA) in December, much discussion has centered on changes related to school accountability. Under the new law, a state’s accountability plan must include long-term goals, measures of progress toward those goals, and an explanation of how the state plans to differentiate schools. This revised system would replace the accountability plans that states developed under their still-operational NCLB waivers, and it would take effect during the 2017–18 school year. ESSA’s accountability requirements also involve the dissemination of annual report cards for the state, districts, and schools that contain a variety of accountability indicators and a plethora of data.

NCLB also required school report cards, so the idea itself is nothing new. What’s changed is what the report cards contain. For instance, NCLB required states to include information on state assessment results, the percentage of students not tested, graduation rates, and performance on adequate yearly progress measures. ESSA moves away from adequate yearly progress while mandating four types of indicators: achievement, another academic measure (probably growth for elementary and middle schools and graduation rates for high schools), progress for English language learners, and “other indicators of school quality and student success.”

Furthermore, ESSA calls for a tremendous amount of new data to be reported on these report cards. For example, NCLB already required states to disaggregate achievement data according to race and ethnicity, gender, English language proficiency, migrant status, disability status, and low-income status. ESSA adds homeless students, foster care students, and children of active duty military personnel to this list of subgroups. ESSA also requires states to include the following data in their report cards (for information purposes only, not as an element used in formal accountability): disaggregated results that are already reported to Civil Rights Data Collection, including exclusionary discipline rates and chronic absenteeism; the professional qualifications of educators (which were already required by NCLB); federal, state, and local per-pupil expenditures; the number and percentage of students with the most significant cognitive disabilities taking alternate assessments, by grade and subject; where available, disaggregated rates of students who graduate from high school and enroll in higher education; and, at the state level only, results of NAEP compared to the national average.

This laundry list of required data reporting makes it clear that while ESSA may have reduced the number of mandates for states, it greatly increased the number of things they must report on. Even for states like Ohio, which already has a robust state accountability and report card system, meeting ESSA’s report card mandate will likely take more work than their current systems—though perhaps necessary work, since the data will shine a light on long-darkened areas (like school funding).

In general, the report card system Ohio established to comply with NCLB is already on the right path toward fulfilling ESSA statute. Ohio’s report cards currently include indicators that report on student achievement, student progress, gap closing, graduation rates, K–3 literacy, student preparation for college and career, and gifted student performance. Much (but not all) of the data ESSA requires to be reported already is, and since the system complies with NCLB’s disaggregation mandates, Ohio already disaggregates for the majority of ESSA’s required subgroups (but will need to add additional ones).

So what changes will Buckeye policy makers need to make—or seize the opportunity to make—in order to fully comply with the new federal law and its accompanying regulations? Though the chart below is not comprehensive, it offers a glance at some of ESSA’s major requirements for report cards compared to Ohio’s current system. The shaded areas are issues where Ohio appears to have the most work to do as it revises its accountability plan.

Of course, guidance for states in regards to ESSA doesn’t stop with federal statute. The Department of Education (USDOE) recently released its proposed regulations. The chart below outlines a few of USDOE’s proposed regulations and determines whether Ohio’s current report card system fits within them. If these regulations become final, areas where Ohio will need to make changes are shaded:

Luckily, ESSA contains provisions that allow states and districts to use report cards that were already in effect and to reduce the “duplication of effort by obtaining the information required…through existing data collection efforts.” These provisions could be interpreted as confirmation that Ohio can revise what it’s doing rather than start from scratch, so long as districts heed the legal requirement to make their report cards accessible to the public on their websites. One can hope that’s so, because a directive for Ohio to jettison a perfectly acceptable state model in the name of a federal law intended to return power to states is, well, a whole new kind of federal meddling.

[1] States are tasked under ESSA with determining the appropriate number of students that must be in a group before it is disaggregated.