How to respond sensibly to the Uvalde shooting 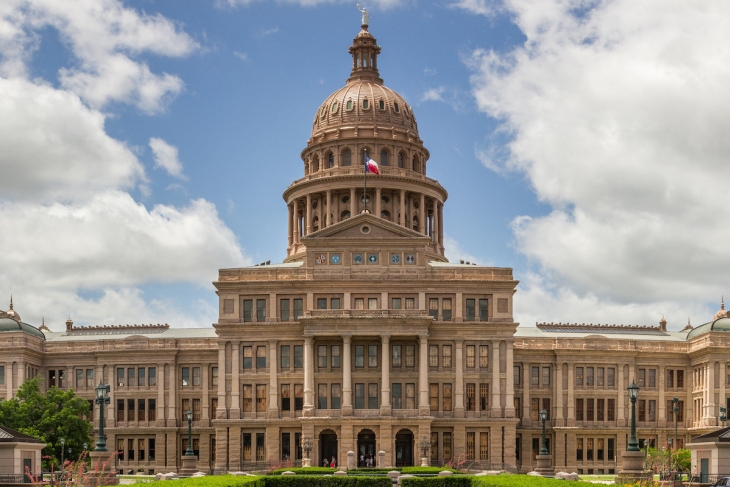 If there’s anything we can be sure of following last week’s horrific rampage at Robb Elementary in Uvalde, Texas, it’s that few, if any, federal laws are going to change as a result of it. That’s because Americans are split over whether legal remedies would lead to fewer mass shootings, and public support for additional gun restrictions has actually declined. The dominant “conversation” around school shootings, to the extent it can even be called one, is about whether we should arm teachers and make schools more like prisons rather than figuring out how to keep guns away from lunatics who shouldn’t have access to them. Despite the earnest entreaties to do something, anything about gun violence in schools, it seems unlikely that any meaningful restrictions will be placed on firearm possession in our lifetimes.

We know this, of course, because of the historically passive reaction among lawmakers to mass shootings in U.S. schools, of which there have been fourteen, killing a total of 169 victims since 1999’s bloodbath at Columbine High School. Many assert that these school shootings could have been prevented with additional regulations. But even if lawmakers were to suddenly find religion on gun control, the effect of any new laws would almost immediately be diluted. It also wouldn’t change the fact that there are more guns than people in the U.S. and Americans aren’t simply going to hand them over on their own volition.

For better or worse, firearms will remain ubiquitous. The question then becomes whether policymakers can bring measured thinking and nuance to bear in solving the thorny problem of gun violence in schools. This is particularly challenging in a media climate that hypes and distorts the prevalence of what happened in Uvalde, and while schools continue to deal with the fallout from the coronavirus pandemic (which incidentally helped trigger a surge in gun sales nationwide). After these tragedies, people tend to point fingers and focus on the weapons themselves (e.g., assault weapons bans) while politicians are incentivized towards chest-thumping and grandstanding. The obstacles are daunting, but we desperately need a new approach that goes beyond the stale and warmed-over rhetoric.

For starters, it would be useful to recognize that today’s mass shooting dilemma is downwind from culture—in this case, the cultures of the Uvalde middle school, junior high, and high school where by all accounts the gunman had a difficult experience. School shootings are not random events. There are common signs and signals. The Uvalde shooter was reportedly a troubled young man who was raised in a tumultuous environment and frequently threatened teen girls online. Devoting energy and resources to proactively shutting down bullying, discrimination, and harassment should be an ongoing effort in schools. No one in education has written more forcefully and persuasively on this topic than my friend Andy Rotherham:

Banning [assault rifles] is not the key to solving our school shooting problem... When a young person gets to the point where they are going to use a firearm to harm others at their school the type of firearm available is not the issue. Rather, culture is. A culture of firearms responsibility, safe storage, and access, and a school culture that does far more to interdict and prevent these episodes long before any shooting starts.

It’s hard to overstate the virtuous cycle created by a positive school climate and culture. This goes doubly so when it comes to identifying and swiftly responding to risk signaling behavior. At the same time, solving for school culture is a long-term project, and a less than satisfying answer for those who crave a more immediate response. This means legislation. And although, as I mentioned earlier, new federal laws feel like a pipedream, a lot of this remains in state hands even if Congress remains deadlocked. To wit, there are a couple of policy responses that might have made a difference last week if they had been in place.

The first is raising the minimum age limit for purchasing and possessing firearms. In Uvalde, the assailant legally bought two assault rifles and more than 1,600 rounds of ammunition just after turning eighteen last month. There’s a reasonable argument to be had as to why teenagers are permitted to buy semiautomatic guns. Despite our country’s contradicting positions on when adulthood sets in (e.g., voting versus drinking), six states—Florida, Washington, Vermont, California, Illinois, and Hawaii—have already increased the minimum purchase age of long guns (shotguns and rifles) to twenty-one; the majority did so following the 2018 massacre in Parkland. Texas in some ways resembles Florida in its politics, so it’s possible, albeit improbable, that the Lone Star State might entertain this change following the second largest school shooting in U.S. history.

The second is “extreme risk protection orders,” or what are commonly referred to as red flag laws. The idea is fairly straightforward: If a person exhibits risk signaling behavior that they might be a threat to themselves or others, a family member, a school official, or a law enforcement officer can secure a court order that allows police to confiscate that person’s weapons and prohibit the purchase of additional firearms for the duration of the order. Currently, nineteen states and Washington, D.C., have some form of red flag law on the books. It’s unclear whether one would have helped in Uvalde, but it might have at least given communities a fighting chance in some of our nation’s deadliest school shootings.

The long odds of any of these ideas materializing, however, is indicative of our broken politics. The ratcheting up of distrust and assumption of bad motives on either side has been a cancer on our political culture and discourse. Politicians and pundits alike are fruitlessly seeking, not to be crass, a silver bullet when what’s required is a serious and deliberative weighing of tradeoffs between liberty and protecting our children from this awful scourge. There are no quick or easy fixes. Thankfully, mass murders in schools of the variety we saw last week are exceedingly rare, but it’s a sad reality that we have now experienced enough of them to recognize the all too disturbing patterns.