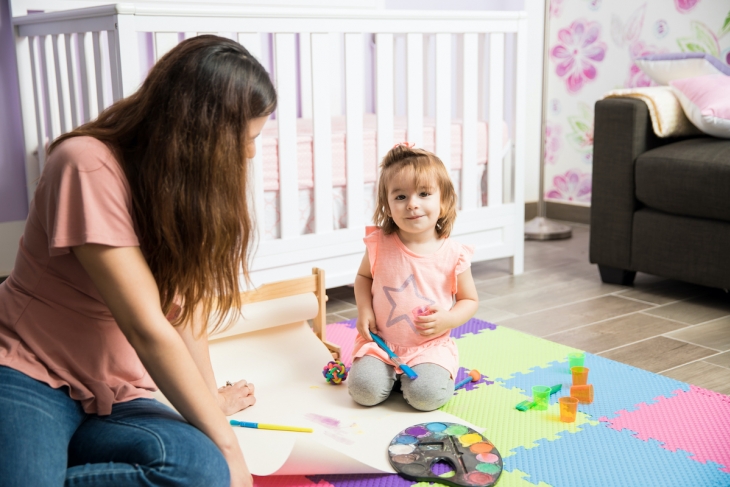 Numerous studies have found that the quality of child care is too low and that we need to do more to strengthen it. And the problem is not confined to center-based care. According to a 2014 report from the National Center for Education Statistics, 48 percent of home-based childcare rendered by a relative (sorry Mom!) or a non-relative was reported to be low- or medium-quality (based on everything from interactions with the child, to the quality of activities, to the adequacy of the space and furnishings). Moreover, childcare arrangements are often of poorer quality for disadvantaged children. For example, only 16 percent of children from families in the bottom income quintile received care rated to be good or better.

The ability of policymakers to make top-down changes in the quality of home-based care is limited, but better information about how parents perceive quality could make for bottom-up improvements, which are even more needed post pandemic. A recent study in the Economics of Education Review documents an experiment that sheds light on how parents think about childcare quality through their revealed preferences.

Researchers from American University and the University of Arizona designed a large field experiment that focuses exclusively on the “unlisted paid market of childcare,” meaning caregivers seeking work within the home of the family requesting childcare and paid by that family at a negotiated rate. Caregivers tend to be nannies, au pairs, and babysitters generally with no prior relationship with the family. They are unlicensed, operating outside of their state’s center-based regulatory regimes, and consequently are likely to be less skilled, younger, and more disadvantaged than their center-based peers.

Analysts randomly assigned several characteristics to fictitious caregiver profiles that they created on a large, online childcare job service that connects families with providers. More specifically, they assigned three dimensions of caregiving: affordability, which is the hourly price of childcare; quality, which is caregiver education and experience; and convenience, which is caregiver car ownership and availability. The randomization was carefully carried out to ensure that the treatment variables assigned to the profiles were balanced across families’ observable characteristics.

Between March 2017 and May 2018, they deployed these fictitious profiles to respond to 8,000 job advertisements in eight large cities across the United States. Job postings were chosen for a response based on an assessment of the perceived “seriousness” of the posting family, location of work within thirty miles of the central city zip code, an offer of ongoing employment, and a few other criteria.

Analysts used eight identical profiles (the only difference was the first name of the applicant), with one application submitted in response to each posting. All profiles were of a thirty-year-old white female with the same photo, who was English-speaking, non-smoking, completed first-aid training, and was comfortable around pets. In a nutshell, they examined the likelihood that their made-up applicant—with a given set of randomly assigned characteristics—would receive an interview request or an on-the-spot hire.

The topline finding is that parents are extremely sensitive to the cost of childcare. Caregivers charging $10 to $15 per hour had a one in three chance of receiving an interview; when the hourly wage increases to $20 to $25 per hour, the odds fell to one in eight. Parents also demonstrated strong preferences for quality, particularly caregivers with higher educational attainment. More specifically, compared to individuals with a high school degree, those profiles with an associate degree were 25 percent more likely to receive an interview, and those with a bachelor’s 37 percent more likely. There were declining returns to experience in that those with three, five, seven, and nine years of work experience were preferred over those with just one year, but the response rates fall off for those with more than nine years. Applicants with cars were 15 percent more likely to receive an interview, but parents seem indifferent to caregivers with a higher level of availability, which is defined as the flexibility to work nights and weekends, presumably because most are looking for caregivers to cover the traditional work day. Additional analyses find that the wage variable—specifically what looks like willingness to pay—is actually driven by ability to pay as reflected in the families’ income levels.

The researchers conclude that low-quality childcare may be explained by lack of affordability or information available to identify high-quality childcare, rather than parents not valuing it. Parents can only assess—and place a value upon—the information at their disposal. Thankfully, formal, state-licensed programs are now collecting more detailed measures of quality that are being linked to outcomes. As we get better measures of childcare quality, those definitions should trickle down to the home-based sector. Because, although it’s super convenient to have a provider come to your house to look after little Susie, they need to do far more than babysit.