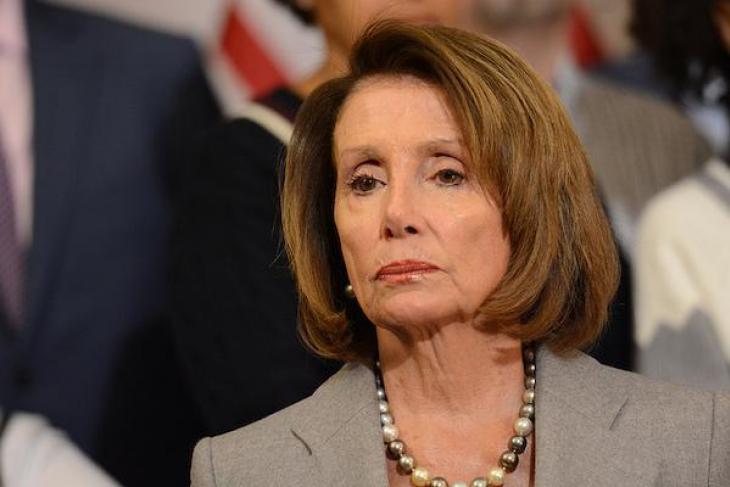 A narrative has emerged that Democrats don’t care much for education reform anymore. Maybe there is some evidence to support this. Legislatures that passed teacher evaluation reforms with bipartisan majorities have been running away from those policies ever since. Senator and now presidential candidate Elizabeth Warren famously caved to pressure and bailed on charter schools during the Massachusetts cap fight (despite having once been a voucher supporter).

Meanwhile, in the Empire State, many of New York’s ed reform Democratic moderates lost their seats in the fall election’s anti-centrist wave, and the jury is out on the new members. The Garden State’s Democratic governor Phil Murphy promised his New Jersey teachers union allies he’d roll back state assessments the moment he got in and has been trying to do so.

Ed reform looks left in the lurch, and Democrats appear to be widening the gap.

On the surface, this line of reasoning makes sense, but I am not sure it’s the right conclusion. Instead, I believe there is an argument to be made that charter schools, choice, and education reform writ large are merely among the best places to see a series of policy conflicts play themselves out in the Democratic Party. This is to say that looks can be deceiving; in this case, though these issues seem like they’re about education, it’s also possible they aren’t at all.

Issues like: What makes something “public”? What are the roles of the private sector and competition in improving performance? Who knows best? These are important questions, and they power the great spinning policy wheel within both parties. But we shouldn’t ignore their roots in larger social and economic anxiety or the role of reform opponents in planting and co-opting them strategically to support their own ends.

As with lots of questions, the answers you get depend on the person you ask. In recent years, there have been newly emerging sets of answers among Democrats, and none of them have the character of Democratic centrism—the deal-making orientation that helped create the contemporary education reform landscape.

One answer comes from the anti-private-interest left that has come to typify the convergence of urbane progressivism and the party’s Democratic socialist wing. Vermont Sen. Bernie Sanders, his Bros, and New York’s newly elected Rep. Alexandria Ocasio-Cortez are perhaps best known for this ethos. Their platform includes government control over large sections of the economy, government-guaranteed jobs, and free college (a plan many on the political left argue amounts to a college subsidy for the wealthy), which is of course popular with millennials feeling the brunt of college costs.

Their arguments center on a perceived failure of the American economic system to distribute wealth, and perhaps a protean notion of justice, equally. They believe distribution should be left to them and not the private sector or, more importantly, to individuals. They also embrace a sentiment of public control as the best control, which is fundamentally friendly to unions and often at odds with the private sector. To sum it up, they think America’s economic, social, racial, and health care problems exist primarily because they themselves have not been empowered to solve them.

Another answer is powered by growing unrest among left-leaning urbanites (like those who elected Ocasio-Cortez) and (largely, but not exclusively) millennials toward capitalism, as illustrated during a 2017 exchange between former and current House Speaker Nancy Pelosi and an NYU student. The student, citing a Harvard study showing that a majority of millennials no longer favor capitalism, asked if there was any way Democrats could move further left on economic policy. To which Pelosi responded, “Well, I thank you for your question, but we’re capitalist. And that’s just the way it is.”

Interviewed later, the student offered that “She can’t possibly understand where I, or millions of other millennials who are drowning under capitalism, come from,” noting that Pelosi is very wealthy and attuned to the establishment. “She refused to admit that the Democrats needed to move in a populist direction, which is what so many millions of Americans are crying out for them to do.”

These folks believe that college is a right and should, therefore, be free. They believe the government has the power to grant rights and should be empowered to do just that by making higher education free. Tuition at NYU during the 2018–19 school year is approximately $50,000.

As an aside, I am guessing there are plenty of good schools out there that don’t cost $50,000 a year—but maybe that’s just me.

If you’ve got a problem with capitalism or distrust the private sector, you’re likely to have a problem with the capitalists as well. Union heads, activists, and others who have an outsize voice in Democratic agenda-setting have a long history of attacking “the rich” for what they perceive to be greed or an unwillingness to pay their “fair share” for broad social goods like health care and education (it’s always worth noting that these people and their businesses are among the nation’s largest funders of public schools through taxation). But the housing crisis and Thomas Picketty’s work on wealth inequality—made wildly popular by former president Barack Obama—helped concretize the current iteration of anti-capitalist sentiment.

Current policy “ideas” surfacing in the Democratic House of Representatives—including the 70 percent marginal rate on high-income earners—are less revenue raisers than they are political caps on wealth and, by extension, a way for politicians to control the wealthy. That these proposals are normalized by very smart people in the press says a great deal about how far the public perception of the nation’s wealthiest people has fallen, not just on the political left, but perhaps there most acutely.

So what does any of this have to do with education?

It’s not worth ascribing any “Eureka!” moments of divine insight to the antagonists of “ed reform,” but, as the old saying goes, even a broken watch is right twice daily. And the class and opportunity divisions sown by ed reform haters have lined up with the hour and minute hands of the current political moment quite nicely.

Years ago, Diane Ravitch, Randi Weingarten, and their fellow travelers launched attacks at “the billionaire boys’ club” (shorthand for a universe of philanthropists supportive of reform) as a way to undermine their efforts in an era when elected officials embraced collaboration among the public, private, and nonprofit sectors. Social impact bonds, education tax credits, and, yes, charter schools are all the fruit of a worldview that does not believe the elected class, or public governance, has all the answers or is always the best vehicle to deliver essential elements of the American promise to all people. That the attacks on the “public schools industrial complex” were selective—focusing on wealthy supporters of education reform primarily and not “the rich” in total—said and says everything about the strategy. Give money to a charter school network, you want to destroy public education. Give millions to a local fund for public schools, get a gold key to the district office. The difference is clear.

Case in point: Weingarten’s American Federation of Teachers famously released a Nixonian enemies list of fund managers that also reads like a Who’s Who of some of education policy reform’s greatest supporters. As notable for who appears (New York charter benefactor Paul Tudor Jones) as who doesn’t (Warren Buffett, who, despite having committed his money as part of Bill and Melinda Gates’s Giving Pledge, believes we should abolish private schools), it’s ed reformer first, rich second. The list also ignores the complicated nature of societal change. Paul Singer, for instance, who also appears on the list, was a key financier of marriage equality efforts in New York state—a policy supported by Democrats of all stripes.

You can see this anti-capitalist, anti-choice, pro-“public” governance sentiment in the statements of some of the current crop of successful Democratic candidates, but you see it among the flops, too. Last year’s gubernatorial smashup of political newcomer Cynthia Nixon, who described charter-supporting Dems like incumbent Gov. Andrew Cuomo as “corporate Democrats,” is an excellent example.

We have to stop diverting education funding into privately run charter schools, and put the focus back where it should be: on strengthening our public schools and keeping them public.

Nixon wants to keep the public schools “public”—which, for her purposes, means “not charter.” This as she sends her own child to one of the city’s whitest schools, which also has among its most opaque admissions processes. Is that “public”? That’s a good question. Here again, though, we see the standard anti-reform sentiment on the clock’s six as the political second hand sweeps by. We also see that, having lost almost two to one, this dogma isn’t always a winner for Democrats, especially in a place where a majority of black parents exercise some form of school choice.

So what does all this mean?

If you think the private sector is the problem, you will oppose it and its solutions whatever they are. You’ll also oppose philanthropy’s attempts to provide new opportunities to people where the public sector has been unable to because you’ll be skeptical of the rich and how they made their money.

If you think the problem is that you aren’t in control, you’ll oppose governance by anyone but you. You’ll also oppose other people choosing things you don’t like, in large measure because you don’t respect the choices of those people or you believe those choices are ill-informed.

If you believe capitalism is irredeemable and must be brought to heel, you’ll oppose market pressure and extra-governmental efforts to innovate or improve society. If you’re in New York, you’ll do this while you skip the buses and call an Uber, but you won’t notice the inconsistency.

And if you believe all these things, as a loud but small cabal of current Democrats does, you’ll oppose reform, charters, and choice…not because you hate them—or even know enough about them to do so—but because your beliefs when tied together conflict with the reform and choice crowd’s foundational tenets: that government doesn’t have all the answers. That the nonprofit sector has a great deal to contribute. That philanthropy is a mercurial but necessary ally. That societal change makes complicated bedfellows. And that parents know their children best and should be empowered to choose the right education for them regardless of where they live, the color of their skin or how much money they make.

Those seem like a pretty good set of principles to get behind. But, again, perhaps it’s just me.

If a broken watch is right twice a day, it’s also wrong the rest of the time. Let’s hope folks realize this current brand of aristocracy masquerading as progressive populism is the same way.

This essay was originally published by The 74.