Grade inflation is rampant, but accreditors can help 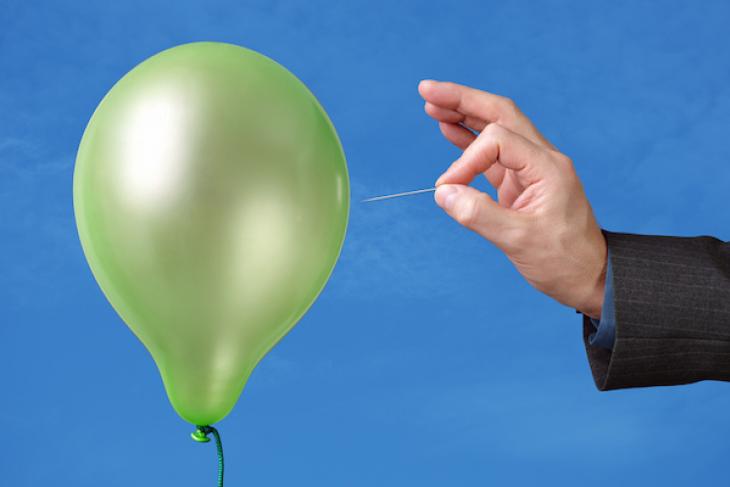 Fordham’s big 2018 study of high school grade inflation illuminated the prevalence and consequences of this practice, and should motivate policymakers to find ways to clean it up. One promising approach could take the form of accrediting organizations, which exist to ensure quality and academic integrity in our schools. As I’ve written before, just as accreditors are well-positioned to crack down on fraudulent practices in the online credit recovery space, they’re also well-suited to discipline schools that use grades to misrepresent what students know. Indeed, they have an obligation to do this, if only for the sake of their own credibility.

Education is a public trust and the public ought to be able to trust the credentials that our schools confer. Grade inflation erodes that trust by signaling to stakeholders—parents, universities, employers, etc.—that students have learned more than they actually have. Schools that have succumbed to this practice lack integrity and, thus, credibility, especially regarding the credentials they award, which are largely acquired by earning passing grades in a sufficient number of courses. If grades cannot be trusted, neither can diplomas.

In Georgia, my home state, in response to a big expose of school systems’ misuse of online credit recovery course to boost their graduation rates, the Georgia Department of Education said that “students who pass a course [are expected to be] proficient in the material.” A reasonable standard: credits represent proficiency! Yet in 2018—when just 39 percent of Georgia students were proficient in math according to the state’s own exams, and 46 percent in science—the high school graduation rate hit a record high of 82 percent.

For better or worse, the state has no legal obligation to require honesty from schools, nor does it have obvious means of monitoring this. Which creates the void that accreditors should fill. The very purpose of accreditation is ensuring that schools—the knowledge and skills they impart, the credentials they award—warrant public trust. Yet I can cite no examples in recent memory, at least in Georgia, where an accreditor has taken action in the case of schools that mislead the public via dishonest course grades, despite that practice being widespread and well-documented.

This must change, and AdvancED—which accredits over 1,000 public school systems worldwide and is the leading accrediting body in the U.S.—could lead the way. The organization’s standards are designed to, among other things, ensure “the establishment of a learning culture built on high expectations for learning.” Grade inflation undermines this principle, and two of the organization’s standards make this vivid:

Standard 2.5: “Educators implement a curriculum that is based on high expectations and prepares learners for their next levels.”

A school that allows students to routinely earn high grades for things like coming to school, participating in class, and finishing assignments—regardless of their actual level of achievement—does not have high expectations. Worse, low standards leave kids ill-prepared for the next level. Students who aren’t proficient in core subjects like math and English when they leave the K–12 system can be expected to struggle in college and beyond.

Georgia has a merit-based HOPE scholarship that provides up to four years of full tuition to residents who attend in-state colleges. Eligibility requires graduating from high school with a GPA of 3.0 or higher, and earning at least that average every year a grantee attends college. Between 2012 and 2016, however, while eligibility among entering college freshmen increased from 52 to 63 percent, over 20 percent dropped out in their first year, and less than 20 percent earned good enough grades to retain the scholarship for all four years.

In recent years, more than a quarter of students from Douglas County, Georgia (where I live), who graduated from high school and attended a public university still required remediation in math. This isn’t surprising considering the district’s 30 percent proficiency rate on state math exams, but it’s surely surprising to parents who for years saw A’s and B’s on their children’s report cards. (Last year, for example, 48 percent of all geometry grades were A’s or B’s, even though just 21 percent of students were proficient in the subject.)

Circumstances like this, which are scarcely unique to Douglas County or Georgia, clearly violate Standard 2.5. But there’s more.

This standard signals the accreditor’s expectation of accuracy and honesty in the reporting of student learning to stakeholders. Standardized test scores may meet this standard, but surveys indicate that parents trust the judgment of their children’s teachers—in the form of grades—more than they do test scores. So when grades are inflated, they are anything but clear indicators of actual learning.

Accreditors have enormous power to correct behavior that undermines public trust. If they took their role seriously and threatened to suspend or publicly put on probation schools that consistently fail either of the two standards cited above, grade inflation would decrease. But they aren’t and it isn’t. That must change.

Jeremy Noonan is a father of four school-age children and a certified science instructor in Georgia, who has taught for ten years in public school, private school, and home school cooperatives. He also runs Citizens for Excellence in Public Schools, a local education advocacy group, and is a Ph.D. student in education at the University of Leicester.