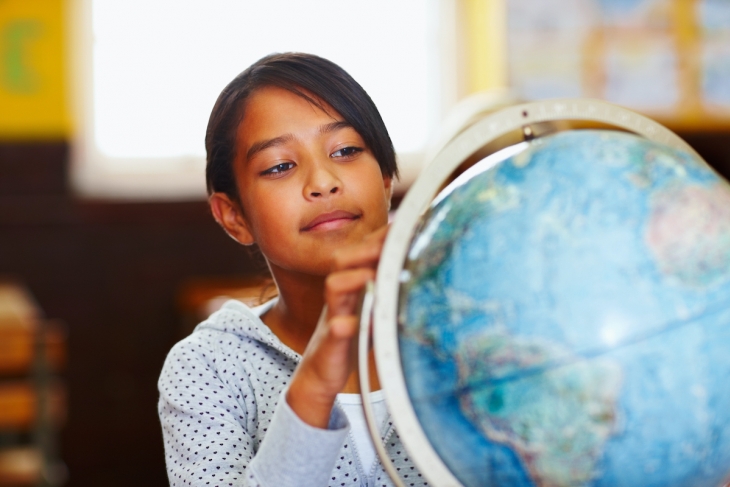 Many urgent challenges await the National Assessment of Educational Progress (NAEP) and its governing board (NAGB) in the coming months, including whether the scheduled biennial testing of reading and math in grades four and eight is feasible during the 2020–21 school year. Present law requires that this happen, but what if schools aren’t open or if health precautions mean the assessors must don PPE to enter classrooms where spotty attendance also distorts the student sample?

With such weighty matters pending, probably no one responsible for NAEP has geography on their minds today. Which is a great pity because NAEP’s inattention illustrates the broad neglect of this important subject across American K–12 education.

Think hard and you may recall—I know it feels like ages ago, but it was just a few weeks—that NCES released results from the 2018 assessment of civics, U.S. history, and geography among eighth graders. A fair amount of attention got paid to the dismal civics results and some to history. Nobody mentioned geography. Yet those scores were down, too, and down from the depressingly low results of four years earlier.

Civics and history at least get taught in U.S. schools, though not necessarily in a purposeful way in the K–8 grades. But what about geography? What’s even known about its status in our elementary and secondary schools?

Way back in 2005, NCES reported (on the basis of a transcript analysis associated with NAEP) that 31 percent of American high-school graduates had taken a course in “world geography,” up from 21 percent in 1990. That respectable increase was the good news. The bad news was that geography was by far the least taken of six social-studies subjects.

To my knowledge, that’s the latest data on how many American students tackle geography during high school, although we also know that upwards of 200,000 U.S. students take the Advanced Placement exam in “human geography.” It varies hugely by state, however. For instance, about ten times more students in Minnesota take that AP exam than in Michigan. Often, though, AP is the sole high school geography course on offer. That’s the case in sprawling Montgomery County, Maryland, where the AP class isn’t even available in upscale Bethesda-Chevy Chase and Montgomery Blair high schools. Which is to say, students in those two highly regarded schools have no access to any geography courses.

Across the river in Fairfax County, Virginia, state-mandated default courses include a two-year sequence in “world history and geography,” but students opting for Advanced Placement need only take a pair of history courses, no geography.

The Gilbert M. Grosvenor Center—which to its huge credit does pay attention to geography—reported in 2017 that just seventeen states require any geography study during high school, but only six of those feature “standalone” geography courses, while the rest are combos like Virginia’s, i.e., blending some geography with other subjects.

The sad truth is that, as Grosvenor Center data also show, across most of American public education, the organized study of geography is confined to the elementary and middle grades, where it’s typically just one among the multiple “strands” of “social studies”—which itself doesn’t get much curricular attention, as it’s seldom part of the state accountability system, which is to say it “doesn’t really count.” Although 63 percent of eighth graders claim to have taken a class or course that includes geography (“or with some geography topics”) at some point along the way, few learn much, as is clear from the NAEP data: As reported in April, only one in four of them was “proficient” or better in the subject in 2018, and 29 percent were “below basic”—4 percentage points worse than in 2014.

Note that these woeful results were for eighth graders, which highlights how little of geography (or history or civics!) actually ends up inside the heads of middle-schoolers, and those data are for the country as a whole, not for individual states. Worse, aside from the AP data, we know nothing about what has or hasn’t been learned by the end of high school. This is but one of many gaps in NAEP’s twelfth grade coverage. And even the occasional eighth grade geography data will get even less frequent, as NAGB, forced to make budgetary trade-offs even before COVID-19 arrived, had shelved the next geography assessment until some unknown date beyond the present decade.

How much does it matter? A few commentators have said not much, mostly because (they say) NAEP’s expectations are too demanding and because American kids have never known much about these sorts of things.

I beg to differ. The things our kids don’t know are pretty basic, such as not being able to locate four of the world’s most significant cities on a map. But their ignorance goes far beyond place locations, for today’s geography—properly conceived and taught—includes all manner of environmental and climate topics, as well as great issues of what the AP folks call human geography. These include migration, urbanization, land use, agriculture, and demographics. What could be more important for today’s young Americans—and tomorrow’s citizens—to understand?

The sample questions that NAEP released last month include (in the content area they term “environment and society”) a photo of a nomad standing, in an unmistakable desert, next to a kneeling camel with a saddle on its back. Only a meagre 4 percent were able (in an open-ended question) to use this picture to illustrate human adaptation to climate.

That doesn’t mean they’ll necessarily grow up to become climate-change deniers. But it’s mighty likely they won’t understand climate or how people relate to it. That’s in addition to not being able to locate Los Angeles or London.

Is there any way to get our schools and education policymakers to show a little more love for geography during the K–12 years? Call me a dreamer, but—assuming American education eventually resumes a semblance of normalcy—two moves seem obvious:

First, require everyone to take a year of high school geography as a condition of graduation, just as almost every state does for U.S. history and most require for civics. And give a statewide end-of-course exam that kids must pass, unless they take and earn a decent score on the relevant AP exam or equivalent external test.

Second, add social studies to the middle-school courses that states assess, the results of which are featured on school report cards and counted for accountability purposes. I note that Ohio assessed—and reported—social studies in grades four and six through 2017, before it sacrificed this subject to the anti-testing forces.

Once social studies is taken seriously, make sure that geography gets its due within states’ standards for that subject and on the tests, with curricular encouragement to districts and schools to make it its own distinct subject for at least one year of middle school.

How to make room for this within curricula? Some states—such as Alaska, Arkansas, and Idaho—have figured that out. Others, not wanting to forego anything they’re already teaching, may have to add a period to school days that are way too short—or lengthen the school year and give social studies its own double period a couple of times a week. If that sounds too painful when the subject at hand is as seemingly obscure and inutile as geography, here’s another idea: Give it a new name. Stop calling it “geography.” Call it “people adapt to a changing world.” And cue the applause. 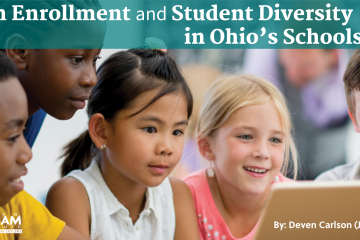