As a former member of two teachers' unions, I celebrate the "Janus" decision 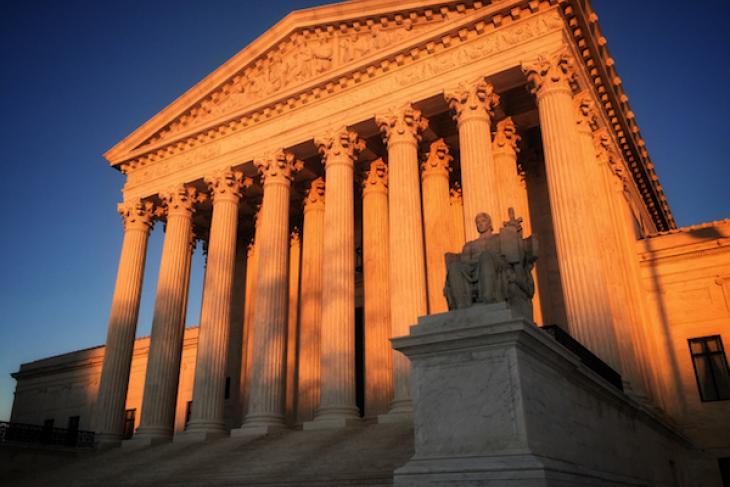 While people scream from the rooftops about how wrong and unfair the Janus ruling is, let’s pause for a moment and at least acknowledge that, in the context of the teachers’ unions, almost no one is even talking about what’s best for kids in any of their passion filled proclamations about the destruction of the middle class. And if the well-being of children—who are mandated by law to attend school—isn’t front and center, I don’t want to hear the wailing.

The U.S. Supreme Court was asked to consider whether collective-bargaining is inherently political. And any honest person knows that it is. And that’s why the justices voted 5-4 to say that it violates workers’ rights to compel them to pay union fees against their will. “When speech is compelled…additional damage is done,” Alito wrote. “In that situation, individuals are coerced into betraying their convictions. Forcing free and independent individuals to endorse ideas they find objectionable is always demeaning….”

Decisions about budgets, contracts, teacher placements, tenure rules, seniority, and pensions are purely political because they speak to our values, priorities, and beliefs about how best to be good stewards of public dollars when it comes to fulfilling our legal and moral obligation to educate children. When half the high schools in America don’t offer calculus and the average counselor has a caseload of 482 students, we can’t pretend that equity and opportunity aren’t stuck in the clutches of an ugly fight about where dollars should be spent. And because of inflexible and irresponsible collective bargaining agreements—many from decades ago—and the resulting contractual obligations, superintendents in cash strapped districts find that more than 95 percent of their money is spoken for before they buy one book or add one class.

So thank God for Mark Janus now and the teacher from California, Rebecca Friedrichs, before him. (Her case against the California Teachers’ Association ultimately ended in a tie when Justice Scalia died unexpectedly before the decision had come down.) They had the courage to stand up to an entrenched system that works to silence those who have expressed dissent over how and where their money is being spent. And this will lead us to a better place where unions will have to work to earn their members instead of having the legal right to mandate payment from those who don’t want to be part of an organization they don’t support.

My lens on this long awaited decision is a bit unique in that I’m looking through the experience of having been in two teachers’ unions, and also having served on an elected school committee. One of the unions I was in actually did performance driven layoffs, and if more unions operated that way, perhaps my pom poms to celebrate the Janus ruling wouldn’t be quite so big. But in the second union in which I was obligated to pay dues—the one that sent me a never ending stream of high gloss “Vote for Howard Dean” mailers until that fateful scream—personnel decisions were governed by a “last in, first out” policy that sent the most recent hires packing, even in cases where they were the best teacher in their department. Because it wasn’t about kids. Period.

During my two-year term on an elected school committee, I felt something close to trauma when I witnessed the behavior of union lawyers who, in their quest to protect teachers who were literally damaging kids, would say and do the most despicable things I’d ever seen in a room full of adults. They would lie, insult, and bully just to secure benefits for their members that they knew would be detrimental for students. And they did it with a bluster that made it seem like the well-being of students quite literally never crossed their minds. I felt physically sick during and after meetings, and I will never unsee what I saw during that time.

It goes without saying that public sector unions could have avoided this outcome—easily. Rather than double-down in their fights against parents who are distraught over the kinds of people the unions protect and force their children to spend their days with, they could have been honest about what was happening in those classrooms and taken action to protect children. They could have raised their voices over the fact that low-income children most often find themselves in classrooms with the least experienced teachers and worked to be part of the solution. They could have admitted that laying-off the best educators because of arcane seniority rules is wrong and pushed for a compromise that would have allowed the best teachers to remain with the students who need them. And they could have admitted that one size doesn’t fit all, and that parents, regardless of their financial means, deserve to be empowered to choose the school that best fits their child’s needs.

They chose to do none of those things. Now’s their chance to change course.

The author first published a version of this article on her blog, Good School Hunting.