The five themes of ESSA coverage 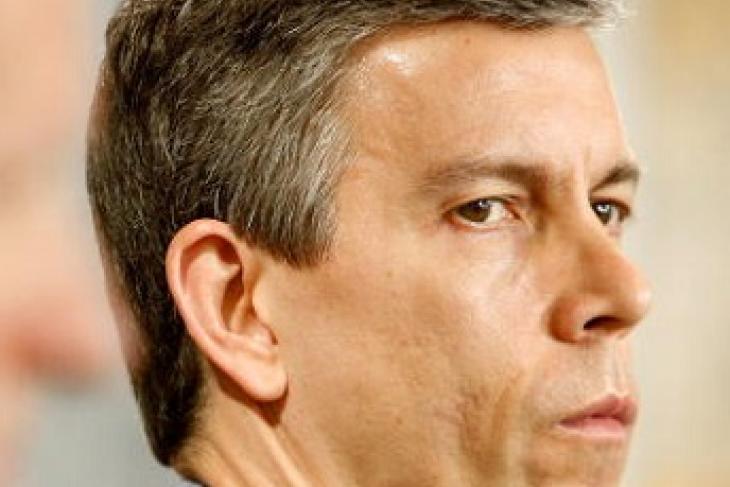 I re-read about fifty major articles, blog posts, and other missives about ESSA over the break, since this written record will serve as the foundation for years of commentary and analysis. Below are the five major themes that jumped out (along with gobs of the supporting links).

1. The diminished role of Uncle Sam in schools

The biggest ESSA takeaway is the dramatically reduced role for the federal government. The New York Times called it a “sweeping bill” that ends Washington’s “aggressive polic(ing) of public school performance.” Politics K-12 explained that it represents an about-face after a quarter century of increasing federal authority. Politico wrote of NCLB’s being “killed.”

Hess and English wrote that “conservatives scored a smashing educational triumph.” David Kirp wrote that in the “first time since the Reagan years, the balance of power (shifts) away from Washington and back to the states.” Longtime congressional aide Jack Jennings noted, "The federal government overstepped its bounds, and it got a smackdown from Congress."

2. A major loss for Arne Duncan?

There’s broad agreement—with two exceptions noted below—that ESSA dealt a blow to Arne Duncan’s legacy. Observers quickly saw that ESSA was more conservative than both the administration’s 2010 “blueprint” and the Harkin-Enzi bill of 2011. RiShawn Biddle said the Obama administration’s “legacy on education policy would be all but eviscerated” by ESSA.

Similar concerns were raised by many on the Left. My Bellwether colleague (and former Obama administration official), the always straight-shooting Chad Aldeman, called it a “big ole nothing burger” that had “no real ambitions” for 95 percent of the nation’s schools. He took to the pages of the Washington Post to note that the Obama administration was ending an era of “strong federal rules.” Conor Williams argued that “progressives should fear” the new law and run it from it “as if it were a Ted Cruz creation.” Even Peter Cunningham, longtime public relations lead for Duncan, initially said of the congressional compromise, “It puts [Obama] in a difficult position to be signing onto something that clearly empowers states to be less aggressive in addressing inequity.”

In terrific reporting, Alexander Russo made public what many in D.C. were discussing quietly: Duncan and his team didn’t like the bill either. Russo’s source described the “emphatic and personal” lobbying by the Department of Education. “What was unusual was how strident the department was trying to be, and how regularly the White House had to step (in) and tamp them down.”

Regarding Duncan’s legacy: First, his tenure will be known for a law that, as one analyst noted, coincided with “perhaps the sharpest reversal of federal ambitions since the welfare-reform act of 1996.” Second, as Education Week reported, the law “marks a big departure from what Duncan has championed” and “undercuts” his priorities (teacher evaluation, Common Core, RTTT, and SIG).

Lastly, Congress took emphatic steps to debilitate the office of secretary of education, or as NBC News put it, “ensure there are no more Arne Duncans.” Former Bush administration official Sandy Kress wrote, “Arne, they leveled your program and office.” As House education committee chair John Kline put it, “We spent about fifty pages in this bill putting very strict prohibitions on what the secretary can and cannot do.” It even has numerous “rules of construction,” provisions barring the secretary from interpreting language in ways that would empower the department. In Education Week’s words, this “crackdown is largely aimed at Obama's education chief, Arne Duncan.”

So instead of merely expressing support for the law (as Duncan initially did—“This law is a good thing for our nation and a good thing for kids”), the administration went to great lengths to argue they had won. Duncan said the law “cements” their approach, “builds on our administration’s vision,” and “actually embodies and codifies much of it.” Any argument that the bill limits his or the federal government’s power “fundamentally misses the point.”

The administration’s proxies swiftly acted. Joanne Weiss, the former Duncan chief of staff who will likely be remembered as the administration’s edu-MVP, wrote that the law “cements the K–12 Obama-Duncan legacy” and will “codify into law so much of what the Obama administration has been fighting for.” (Note the coordinated repetition of Duncan’s “cement” and “codify” language.)

Former department Assistant Secretary Carmel Martin wrote, some might say incongruously, that ESSA wasn’t a departure because Duncan “had actually shrank the federal footprint in education.” ESSA’s empowerment of states isn’t radical because, thanks to the “secretary’s leadership and through his policies, the work has already begun.” (Weiss did concede Duncan’s “activist stance,” and Peter Cunningham described Duncan’s “energetic tenure.”) Martin, now at the Center for American Progress, also released a statement saying that the law “closely aligns” with principles articulated by CAP, an administration-aligned organization.

Cunningham, who’d expressed concern about the law, responded to the narrative that Republicans had won. Tellingly, he didn’t declare ESSA an Obama victory; instead, he argued that Common Core and RTTT had been positive; notably, both were killed by ESSA. He also told Education Week that Duncan’s time in office made it “inevitable” that future education secretaries wouldn’t be allowed “a lot of room to roam.”

In an unfortunate end to his tenure, Duncan himself, as Shakespeare might say, protested too much. He argued that ESSA was not only a victory, but that his team defeated the “far, far right” because, among other things, “our lawyers are much smarter than many of the folks who were working on this bill.”

Not all on the Right were happy, particularly those who believe that ESSA didn’t go far enough. Conservative scholars Myers and Wallach wrote, “We favor a dramatically reduced federal role in education. ESSA does not perfectly reflect that vision. Nor does it come close.” Heritage’s Lindsey Burke wrote that the law “does not accomplish conservative policy priorities.”

Others thought it went too far. Kress argued that it ends strong federal “accountability provisions that helped spur reforms that have helped more children attain high-quality education than at any other time in the history of American public education.” Michael Gerson wrote of “the group that loses in the Every Student Succeeds Act—disadvantaged students, particularly African American students.”

5. Happy states…but in the crossfire?

Everyone agrees that the power and debate now move to the states. State superintendents are happy about that since they get to be in charge again. This is meaningful: Quickly after passage, reported Laura Camera, New York set about “dismantling what outgoing Secretary of Education Arne Duncan and the administration spent so much political capital laying the ground work for.” We should be prepared for more examples of this during the transition period between ESEA waivers and ESSA.

But exactly how much autonomy states will have is TBD—there’s a battle brewing between the department and Congress. Like all laws, ESSA has some vague language. Typically, the executive branch issues regulations to clarify matters, but Duncan’s too-expansive interpretation of regulatory authority was a catalyst for the law in the first place. There are important technical matters about how the process will work, but the central issue is: How much bossing around of states can the department do?

The administration maintains that the feds retain a great deal of power—they have called prohibitions in the law “talking points.” Congress disagrees. And as a reminder that the Hill is watching, Alexander announced “at least three major oversight hearings on implementation of ESSA” in 2016.