Eyes on the street: Reducing crime and boosting school attendance 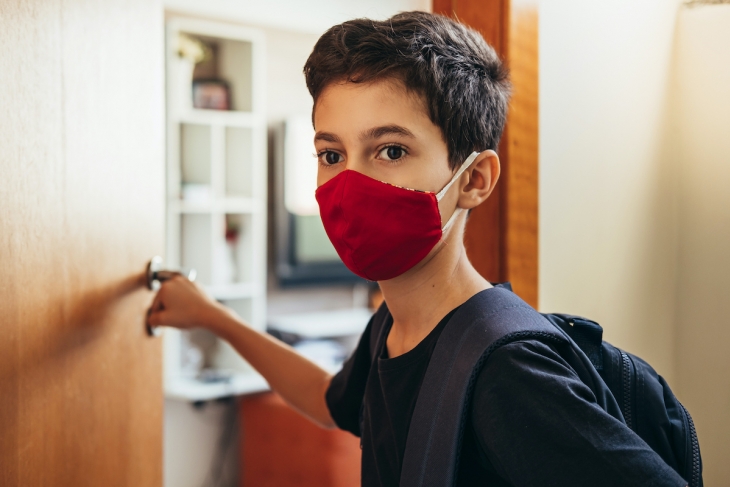 Reducing student absenteeism is a key goal in many schools’ efforts to improve academic outcomes. The reasons that students skip are myriad—indifference to school, illness, jobs, caring for siblings, and more—which means that there is no one solution. Carrots such as rewards for showing up and sticks such as reporting children’s absences to their parents have shown varying levels of success and failure in recent studies. A recent working paper from the Annenberg Institute finds significant attendance benefits in a program designed to tackle absenteeism from a different angle—protecting students during their commute.

The Safe Passage Program (SPP) places unarmed adults employed by neighborhood-based, non-profit organizations to keep watch on specific city blocks around designated public schools. SPP monitors serve as a clear physical presence in neon vests and perform basic surveillance and crime reporting on assigned blocks during student arrival and dismissal times, two to three hours in the morning and two to three hours in the afternoon. They are paid $10 per hour and receive annual training on conflict de-escalation, first aid, CPR, and how to monitor and report criminal activity and communicate with school officials. Monitors generally keep in touch with each other and schools via cell phones or two-way radios.

SPP is active in numerous cities around the country, but the Annenberg analysis looks specifically at its presence in Chicago. It only includes elementary schools, which means K–8 schools in Chicago, due to a lack of complete data available for district high schools. Analysts constructed a panel of elementary schools that were open continuously for at least six years between the 2007–08 and 2015–16 school years. There were 391 untreated control schools and eighty-three eventually-treated SPP schools. The program started with fifty-three elementaries in 2013–14 and expanded in each subsequent year until it reached eighty-three in 2016–17.

Analysts use a difference-in-differences approach that leverages this staggered rollout of SPP and includes school and year fixed effects. In short, the variation in timing of the introduction of SPP across schools captures the extent to which SPP affects school outcomes. They have data not only on the SPP program, but on various school-level data, student behavior, and local crime data.

The topline finding is that SPP resulted in an 11 percent reduction in the school level absence rate. If absences were distributed uniformly across students in the school, this would equate to around 1.4 additional attendance days per student per year. In terms of heterogeneous effects, Hispanic students in particular appear to benefit even more from the program. Compared to all students, impacts do not differ for students from low income backgrounds, Black students, and those with disabilities.

Next they look into potential mechanisms to explain these findings—mainly whether the reductions could stem from outside or inside the school walls. In terms of outside, perhaps student perceptions of safety to and from school help to stem absences. So they look at crime rates within a one-quarter mile radius of schools during school days and hours and find that the introduction of SPP did reduce crime rates near treated schools. For instance, violent crimes were reduced by almost 10 percent and property crimes by nearly 15 percent. In terms of inside the school, maybe community monitors could prevent or deter violent incidents from happening. And they do indeed find reduced incidents of serious student misconduct within treated schools that amount to a 27 percent decline. However, it’s possible that reductions in out-of-school suspensions—which they also found—are due to these decreases in serious misconduct and also could have boosted attendance.

Some aspects of these findings make intuitive sense: Students who feel unsafe traveling from home to school would be more likely to skip to avoid becoming a victim of violence. Any increase in safety—real or perceived—could result in better attendance. This is analogous to anecdotes about some children reporting more satisfaction with remote learning during the coronavirus pandemic because it allows them to avoid bullies and other hazards.

Let’s not forget that safety is second on the rung of Maslow’s hierarchy of needs—only after our need for air, water, food, sleep, and shelter—so schools would be wise to address it before they double down on math and English language arts instruction.