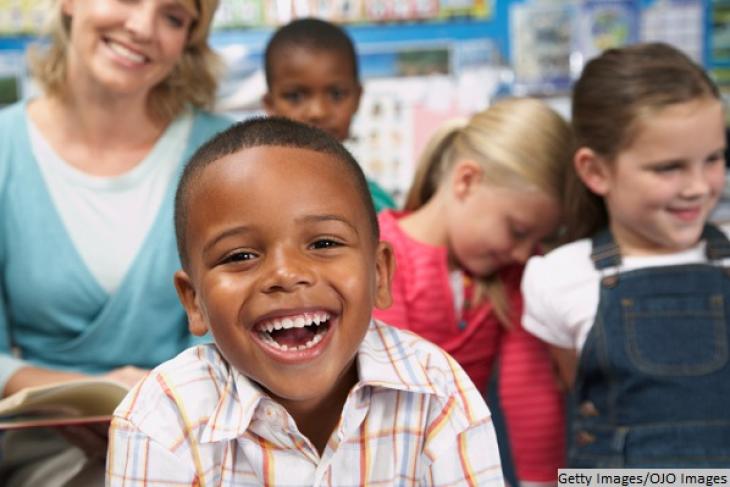 President Obama signed the new federal education law, the Every Student Succeeds Act (ESSA), in December 2015. Since then, there’s been a flurry of discussion around rule making and the differences between ESSA and NCLB. One new feature is a provision that permits states to award money to districts for direct student services (DSS), an umbrella term that includes a wide range of individualized academic services intended to improve student achievement.

Starting in 2017–18, ESSA permits states to reserve up to 3 percent of their Title I funds to distribute to districts interested in providing direct student services. A recent report from Chiefs for Change estimates that, based on fiscal year 2017 Title I estimates, the funding available for direct student services ranges from just over $1 million in Wyoming to over $54 million in California. There are, of course, a few stipulations: If states opt to reserve these funds, 99 percent of the total must be distributed directly to districts (presumably through a competitive grant program). Districts are empowered to choose whether or not to apply for a grant and how to spend any awarded dollars, though state-created grant applications could allow states to nudge districts in certain directions. States must also prioritize districts with the highest number of schools that are identified as “comprehensive support” or “targeted support” schools (ESSA’s new labels for schools in need of intervention).

ESSA’s direct student services provision is somewhat similar to NCLB’s supplemental educational services program, though the differences are far greater. For instance, NCLB required all districts with at least one school identified as “needs improvement” for two or more years to reserve between 5 and 20 percent of their Title I allocation to provide supplemental educational services, which consisted mainly of tutoring (though other types of enrichment that met certain qualifications were also acceptable). ESSA, on the other hand, allows states to choose to reserve 3 percent of their Title I funds and then permits states to make grants to districts that apply to participate. ESSA’s list of what constitutes direct student services is also far more diverse. Districts that apply for and win a state-awarded DSS grant are able to offer any of the following services: enrollment and participation in academic courses not otherwise available in school; credit recovery and academic acceleration courses; assistance for students completing post-secondary-level instruction and exams (including AP and IB courses and reimbursement for low-income students taking exams); components of personalized learning; and transportation costs associated with transferring to a school of choice, including charters. Furthermore, while districts can offer these services themselves, they can also outsource them to other providers, including other districts, community colleges or other institutions of higher education, non-public entities, community-based organizations, or tutoring providers that are approved by the state.

As states consider whether to set aside the money, it’s useful to examine more deeply what districts could use the funds for. Here’s a breakdown of two options available through direct student services.

Enrollment and participation in academic courses not otherwise available in school

In their analysis of ESSA, the Foundation for Excellence in Education argues that the direct student services provision is an ideal opportunity for states to create or supplement a statewide course access (a.k.a. “course choice”) policy. States are permitted to use 1 percent of the 3 percent reserved for DSS to cover administrative costs; this funding could be used to “develop infrastructure” for a course access program, including “the review of provider applications, establishment of a course catalog, and monitoring of providers.” This would be a boon to districts that struggle—due to finances, hiring troubles, or location—to offer elective or AP courses. The establishment of a statewide course access program would also benefit districts that opt not to apply for DSS funds. (For more on course access, check out the resources here.)

ESSA language explicitly mentions career and technical education (CTE) courses as an option in this section. A recent Fordham study found that students with greater exposure to CTE are more likely to graduate from high school, enroll in a two-year college, be employed, and earn higher wages. Students taking more CTE classes are also just as likely to pursue a four-year degree as their peers. Given these findings, it makes sense for states without CTE infrastructure to use their 1 percent of administrative funding to create a system. (Fordham’s home state of Ohio is an excellent model). Districts located in a state that already has a robust CTE sector could apply for awards to expand their offerings or partner with local colleges and businesses.

Personalized learning is another umbrella term encompassing a variety of models and programs that tailor learning experiences to each student. A recent study from the RAND Corporation examined a few personalized learning strategies, including competency-based progression, learner profiles, and flexible learning environments. The study found that a majority of the schools saw positive effects in student math and reading performance over two years—and that growth continued into the third year in both subjects. Relative growth rates were higher for students with lower starting achievement, and score growth was substantial relative to national averages. While there are certainly more personalized learning models than those that RAND investigated, these strategies are a great place for districts to start.

Personalized learning is often supported by technology, but that’s not always the case; ESSA language also identifies high-quality academic tutoring as an option. What the term “high-quality” means isn’t expressly spelled out in law, but one can safely assume that programs that are research-based or have a demonstrated history of raising achievement fit the bill. If that is indeed the case, a recent paper explaining a tutoring model developed by Match Education offers a great option for districts to consider. Match’s program pairs students who have fallen behind in math with a tutor who works with them in addition to their regular math classes. Researchers estimate that the program helped students gain between one and two extra years of math above what is normally learned in a single year. In addition, participating students improved their math grades, the chances that they would fail their math courses were cut in half, and the chances of failing a non-math course were reduced by 25 percent.

The options for states and districts interested in direct student services are pretty close to endless. Sites like the What Works Clearinghouse and detailed publications from groups like Chiefs for Change offer districts solid ideas for which services to invest in, and critical summaries of recent research are a good way to steer clear of less promising ideas. ESSA language requires states to conduct “meaningful consultation with geographically diverse local education agencies” before being permitted to reserve funds for direct student services; interested states should start seeking stakeholder input during the upcoming school year in order to be ready for implementation in 2017–18. Overall, both districts and states should see ESSA’s direct student services provision as the perfect opportunity to enhance support for struggling students and schools.