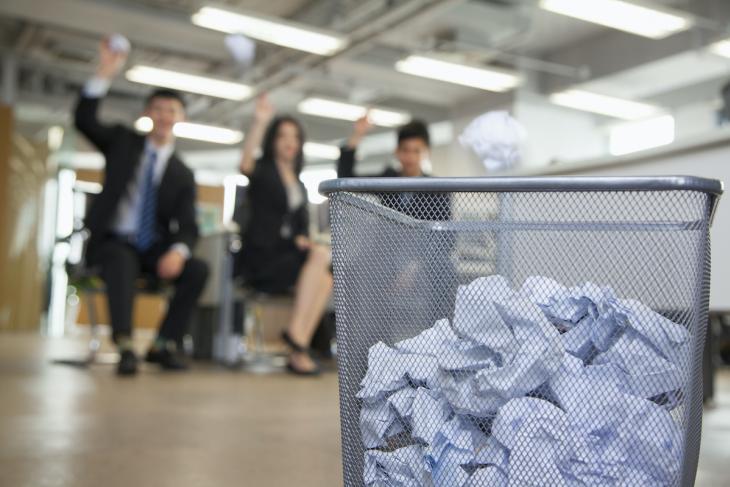 The U.S. Department of Education recently proposed significant changes to the Civil Rights Data Collection (CRDC), including eliminating the school finance portion. The Department sought feedback, and boy did it get it—over 600 comments, plus coverage in NPR and Education Week.

Breaking with many of our peer organizations, Edunomics Lab wrote in support of eliminating the school finance portion of CRDC.

Our response wasn’t a mistake. And our reasoning is simple: CRDC yields bad school spending data.

“But isn’t bad data better than no data?” asked a colleague from a data visualization organization.

We say “no.” And stripping CRDC of school spending data does not leave us with no data: Other more reliable data sources are emerging. For those who think we’ve gone batty, here’s our thinking (and, to be clear, our comments deal exclusively with changes to the CRDC finance section, not other proposed eliminations):

The CRDC survey isn’t structured in a way that can yield reliable school-level financial data. In many districts, financial accounting systems aren’t equipped to isolate dollars and staff counts in the way CRDC asks. For instance, CRDC asks districts to isolate those full-time equivalent (FTE) counts and salaries for support personnel in each school that are funded by state and local dollars, but many district accounting systems only count dollars (not FTEs) or don’t isolate expenditures in this way.

In the absence of standardized tracking for the survey variables, some 14,000 local administrators (one in each school district in the country) are left to guess at how to complete it. Should they use budget data instead of expenditures? Should a school consider reading coaches as teachers when they instruct small groups? What should a school do when some instruction happens via districtwide contracts that enable students to take AP classes online? The result in many states is that the data are neither clean nor comparable. Sometimes, they are downright wrong.

Problematically, CRDC bypasses state agencies. Schools and districts submit their figures directly to the federal government. That’s because the federal authority for collecting CRDC data doesn’t extend to state agencies. (While SEAs can voluntarily assist their districts, they don’t have to and most don’t.) Often there are blatant errors, but the Department of Education doesn’t have access to the actual systems, so by the time the data are assembled and published, some three years later, no one can attest to their accuracy or use them in a timely or effective manner. Where the data are wrong, they stay wrong.

Other federal surveys offer more promise for accurate data. The F-33 (Local Education Agency Finance Survey) and School-Level Finance Survey or SLFS (an optional but growing survey of spending variables by school in twenty states) don't share the same fatal flaw. Unlike CRDC, both collections have a named “fiscal coordinator” in each state agency. These coordinators work continuously with NCES to ensure that the accounting systems in their states align with the federal collections and resolve data errors. (That said, the two-or-more-year delay in publishing the data limits its use for more nimble and nuanced budget decisions.)

The new ESSA-mandated school spending reports offer another—more timely—alternative. ESSA requires states to publish school-by-school financials annually. States have been working hard to build systems that work with their states’ accounting structures. Many are going further to work with district leaders, advocates, and parents to develop state report cards that depict school spending in a user-friendly way. To date, twenty-one states have published their spending data, with the remaining states on track to meet the June 2020 deadline.

Isn’t CRDC better than nothing on some variables? It’s true that while SLFS and ESSA data collections will include school spending, they won’t have all the same finance variables as CRDC. For isolated state and local spending on some inputs like support personnel salaries, some have argued that CRDC data are better than nothing. We disagree. In a high-stakes world where trust in districts is already low, posting incorrect and dated information in the name of civil rights isn’t helpful. (For anyone needing an example of why bad data is worse than no data, see here.) If nothing else, we’re wasting school and district leaders’ valuable time. CRDC finance questions are tedious, time consuming, and duplicative. And we have better data options.

We know we’re swimming against the tide on this. In a letter against the proposed CRDC changes, Washington Senator Patty Murray and twenty-seven of her Democratic colleagues argued that cutting the school finance elements “will further hide funding inequities between low-income and more affluent school districts.” This misunderstands existing datasets. (NCES already reports reliable data on district spending.) We support the proposed CRDC change because we understand the full complement of school finance datasets and CRDC’s flaws.

Let us be clear: We need great financial data on schools. Neither SLFS nor ESSA data collections are perfect; more work is needed to ensure the data are clean and used constructively. Critics have rightly noted that the Department of Education doesn’t yet collect ESSA data, which means that data could disappear and leave us without the ability to compare school spending across states over time. To ensure these data are not lost, Edunomics Lab is launching a new initiative to collect, archive, and assemble the data for cross-state comparisons.

Reliable school spending data are vital for equity and civil rights purposes. To that end, we support eliminating what isn’t working and focusing instead on real financial transparency, with comparable, actionable data that can lead to on-the-ground changes in spending practices that support equitable opportunities and better outcomes for all students.