Does all play and no work make Jack a smart boy? 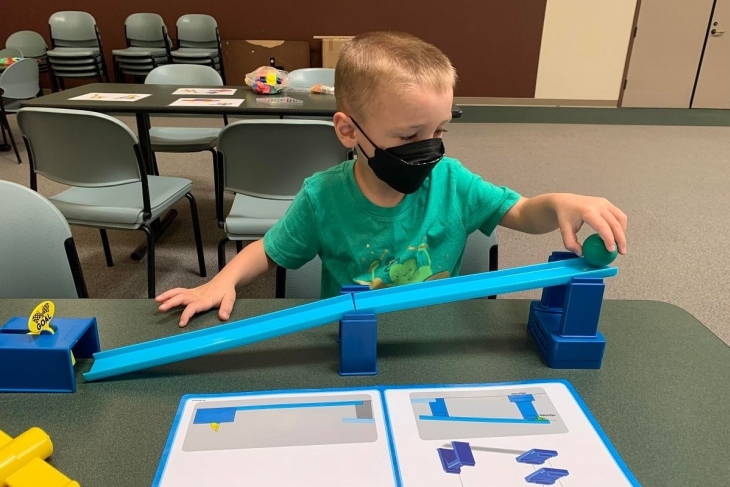 As beloved TV personality Fred Rogers once quipped, “Play gives children a chance to practice what they are learning. . . . It’s the things we play with and the people who help us play that make a great difference in our lives.”

But when it comes to best supporting children’s learning and development, is play as good as adult-led, direct instruction? A new meta-analysis by researchers at the University of Cambridge examines this important question, specifically focusing on the effectiveness of guided play. The study is the first to synthesize the evidence on the effectiveness of guided-play interventions on children’s learning and summarizes how guided play is conceptualized and operationalized across multiple studies.

As the authors define it, “guided play” is a midpoint between free play and direct instruction. It occurs when an adult has a clear learning goal in mind when initiating an activity or play but still allows children freedom and choice over their actions.

Researchers reviewed thirty-nine studies on guided play and included seventeen in the meta-analysis. The children in these studies ranged from one to eight years of age, and the analyses assessed the impact of guided play versus free play and direct instruction on a variety of outcome measures, including cognitive and academic learning (specifically, literacy and math skills), social and emotional development, and physical development (such as gross motor skills).

The meta-analysis found that “guided play, relative to direct instruction, had a small to medium positive effect” on two numeracy outcomes: early math skills and shape knowledge. It had a medium effect on “task switching”—i.e., shifting attention between one task and another when directed. However, the researchers found weak or no evidence that guided play benefits other key math outcomes, such as spatial skills and math vocabulary, and also doesn’t improve children’s literacy skills, behavioral regulation, inhibitory control, or socioemotional development more than direct instruction.

While the results of this analysis provide some evidence that guided play may be useful in helping young children master some early mathematical concepts and skills, it’s important to take several major limitations into account when drawing conclusions about how best to support our youngest learners.

First, there is a very high level of heterogeneity across the studies. Participant numbers varied widely; only five of the studies analyzed included a sample size of over 200 children. Importantly, the guided play studied was also not limited to learning in early-childhood classrooms; “studies were also included if they were carried out in laboratory-based, museum, or home environments,” and thus, the type of adult leading the play ranged from parent to teachers, researchers, therapists, and more. Curiously, studies in which researchers directed the guided play found more evidence that it positively impacted children’s learning outcomes than those directed by other adults, including teachers.

The studies also varied in design and were conducted over several decades in different countries with varying levels of income inequality. The amount of exposure to guided play also varied significantly between studies, as did the size of the classroom or group of students assessed and how “guided play” was conceptualized (likely resulting in varying levels of adult guidance and child choice across studies).

Another major consideration is that the children’s ages varied widely. While most studies reported on children between three and six years old, the population studied in others ranged from one to eight years old. Surely, the time devoted to “guided play” should vary significantly depending on whether a child is learning how to take his or her first steps or is sitting in a second- or third-grade classroom, working to master reading comprehension and beginning to tackle multiplication and division.

And finally, as the study authors themselves note, “many of the included studies were assessed as having a high risk of bias due to lack of blinding, lack of using random sequence generation, and/or failure to report sufficient information on allocation concealment and selective reporting.”

In short, although this study sheds some light on the benefits of play-driven learning, given the limitations noted above, any interpretations of the results should be made cautiously. Particularly at a time when more and more children are falling behind academically and socially due to the ongoing pandemic, much more research is needed to better understand how guided play affects various student outcomes and how these may vary based on learning environment, delivery, and student demographics.

As the mother of two energetic preschoolers, I also urge parents, educators, and caregivers of preschoolers to be mindful of the huge benefits of nonguided, free play, both in and outside of the classroom. Particularly in the toddler years, it’s important that toddlers play supervised but independently and not interrupted by a parent or caregiver. Unlike guided play, this type of play is child driven, independent from adults, and valuable for young kids. While I have certainly been guilty of interrupting my kids when they’re playing and don’t truly need me, adults should notice when toddlers are engaged and give them space until their attention wanes. Quality play also doesn’t require expensive, fancy, app-based, or numerous toys (in fact, young children tend to get overwhelmed and have a hard time figuring out what to do when given too many choices, which will make sense if, like me, you’ve ever spiraled into indecision when faced with the million choices on a Cheesecake Factory menu). So if you want to foster independence, creativity, and a love of learning through play in your preschooler, pare it down and rotate in and out simple, child-led toys, like the ones you grew up playing with—and make sure they are accessible and convenient. And most importantly, avoid the temptation to interrupt your child if he or she is engaged in a toy or book. 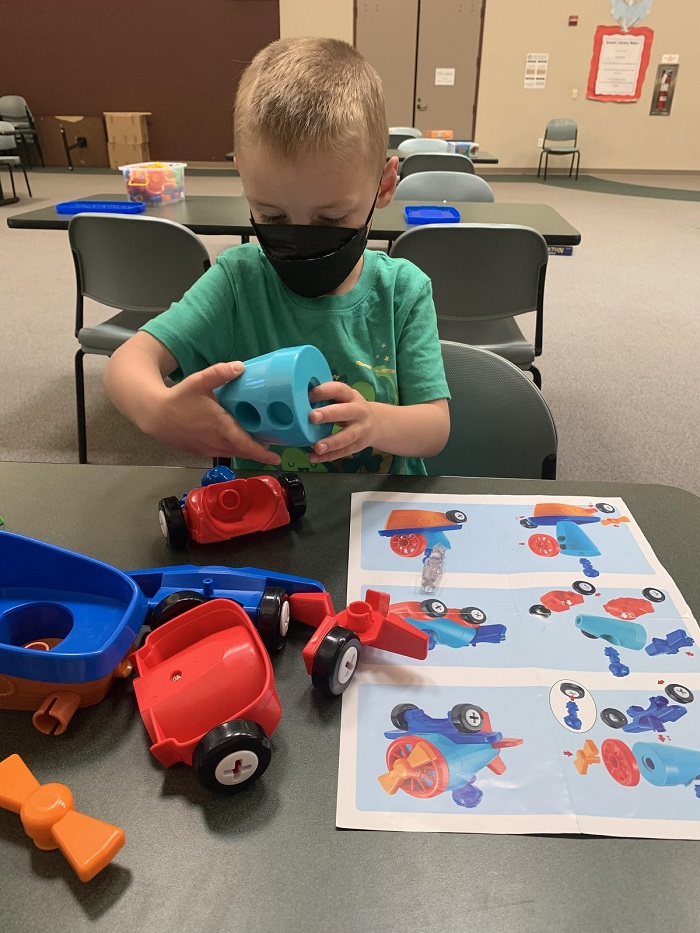 It’s also important to let kids play with what they like. Since he was an infant, my son has loved playing with small toy cars and trucks. Now four, he will play independently for long periods of time with his Hot Wheels, inventing racing tournaments, designing and drawing racetracks, coming up with creative names for all of his cars and drivers, and sometimes just driving his vehicles in the dirt. He also loves all things STEM related, so I recently took him to a free STEM story and playtime at our local library. After two full hours of watching him independently construct plastic cars, robots, and “create-a-chain” reaction ramps, happy as a pig in mud, I finally had to drag him away for quiet time and some lunch. Similarly, while my two-year-old daughter has little interest in playing with my vintage dolls and Barbies (sob), I’ve tried to embrace her love of Peppa Pig and serving us endless plates of food from her wooden play kitchen. If you tailor toys to the interests of each child, it drives more play.

So play on, but don’t write off the value of traditional instruction yet!

Victoria McDougald is the chief of staff at the Thomas B. Fordham Institute, where she manages external partnerships, leads strategic initiatives and projects, and oversees Fordham’s outreach and messaging to outside audiences, including policymakers, educators, the media, and others in the education-policy world. She previously served as Research Manager on Fordham's research team, where she helped develop and conduct…