Do suspensions improve the academic achievement of non-suspended students? 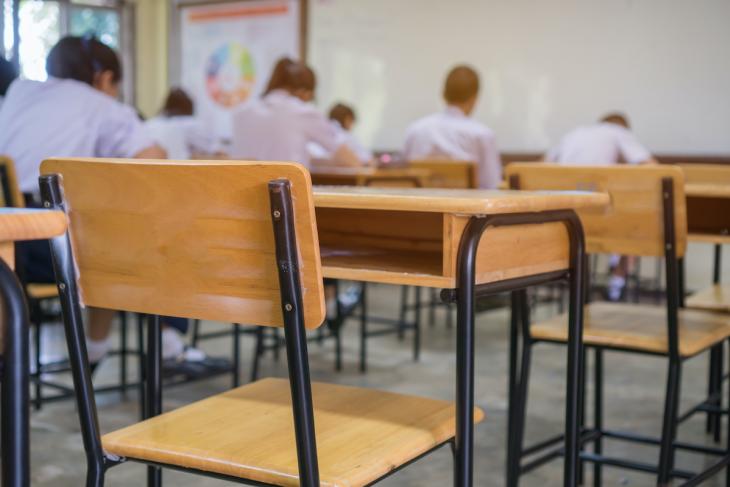 Discussion of student discipline has, for the last several years, focused strongly on potentially discriminatory misuse of suspensions and the social implications one way or the other. A new study in the journal Education Finance and Policy steps away from these contretemps to focus specifically on the academic effects of student suspensions on non-suspended peers—a less-studied angle.

Conducted by NaYoung Hwang and Thurston Domina of Notre Dame and the University of North Carolina at Chapel Hill, respectively, the study measures suspensions at both the school and classroom level. What’s unique is that the study takes advantage of the fact that the students in this district take quarterly achievement tests in both math and English language arts (ELA), which allow the analysts to better estimate how changes in suspensions associate with changes in student achievement. They compile a panel of twelve quarterly benchmark exams that students took over three years and employ a two-way fixed effects model including both student and classroom fixed effects. They are, in effect, tracking quarter-by-quarter changes in student achievement and linking those changes to shifts in the use of suspensions in students’ classrooms. This model still doesn’t allow them to fully separate the effects of peer suspension from the effects of peer misbehavior on learning, but it’s stronger than many previous study designs.

The study includes data from one unnamed public school district in California, comprising about 16,000 students in grades seven through eleven in seventeen school buildings studied over three academic years (2009 through 2012). Hwang and Domina have demographic information on all students and discipline records, including in-school suspension (ISS) and out-of-school suspension (OSS) data. Additionally, they are able to look at OSS and ISS separately and categorized by severity of the infraction which led to them. Major infractions include fighting, weapons, and drug-related infractions; disruptive infractions include classroom disruptions and defiance; and minor infractions include tardiness, dishonesty, and not showing up for detention, among other violations. Three percent of students received at least one ISS each year, and 5 percent received at least one OSS each year. On average, eight in-school and twelve out-of-school suspensions occurred in a given quarter in a given school.

They find that Hispanic students, low-income students, and English language learners were more likely to be exposed to suspended classmates. Neither schoolmate ISS nor schoolmate OSS were linked to the achievement of non-suspended students. However, at the classroom level, classmate suspensions are associated on average with improved math achievement. For example, an increase in OSS in a classroom is associated with a 0.024 standard deviation increase in the math achievement of non-suspended students. Neither classmate nor schoolmate suspensions are linked to ELA achievement. Analysts posit that orderly learning environments may be more important in math since many kids find math challenging. They also find suggestive evidence that the associations between classmate suspensions and increased math achievement are driven by suspensions attributed to major and disruptive infractions—not minor infractions, which appear to be more trivial.

Hwang and Domina ask the logical question of whether the benefits of suspension outweigh the costs, and ultimately conclude that it is possible. Given estimates in prior studies of suspensions’ impacts on suspended kids, the aggregate positive effects of peer suspension on non-suspended peers could well be greater than the aggregate negative effects on suspended students. However, the relatively small number of suspensions among their own study group make it hard to generalize these findings. But if their findings can be replicated on a larger scale, it could go a long way toward informing discipline policies that better navigate the balance between the academic and social effects of suspensions on both suspended and non-suspended students. If removal of disruptive peers benefits remaining students with calmer and more productive classrooms, these positive effects—especially for vulnerable populations, which appear more likely to be exposed to suspended kids—cannot be ignored.