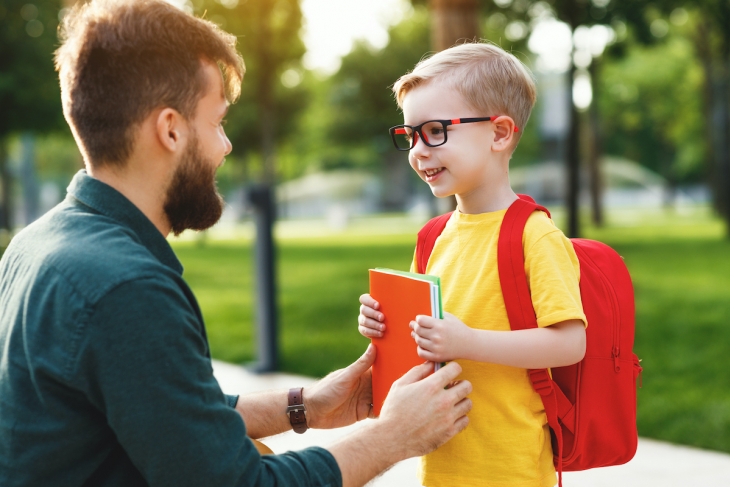 Public schools have long failed to serve adequately students with disabilities, but school closures, disastrous for the millions of children with special needs, may finally encourage a critical mass of parents to do something about it.

Public school bureaucrats and other defenders of the status quo invoke a flurry of acronyms whenever parents or policymakers suggest that some children would be better served in an alternative educational environment. Under the federal Individuals with Disabilities Education Act (IDEA), enacted in 1975 and last updated by Congress in 2004, students are entitled to a “free appropriate public education” (FAPE) in the “least restrictive environment” (LRE) as outlined in the student’s “individualized education program” (IEP). More than 7 million children, or approximately 14 percent of public school students, qualify for services under IDEA.

The system was failing well before the pandemic hit. Parents regularly fight with school districts in an attempt to receive services and accommodations, and mediation, due-process hearings, and lawsuits can result in major legal fees. Meantime, the results of national reading and math tests from the last ten years show performance declines among students with disabilities. Yet most children who qualify for special services under IDEA have comparatively minor disabilities—a speech impairment, a specific learning problem (such as dyslexia), or a health condition (such as asthma). These students are quite capable of academic progress—if provided with a learning environment and support that meet their specific needs. For students with more severe disabilities, the public-school system frequently struggles to accommodate them and instead places them on a path to poor academic performance and attainment.

Pandemic closures compounded the ongoing bureaucratic and academic crisis. Comprehending the extent of the devastation requires listening to families’ stories. A Virginia father of an autistic student with significant special needs testified before a congressional committee about the refusal of the school district to meet the needs of his child. Local news described the districts’ refusal as follows:

Three doctors wrote to administrators asking for his son to be placed in an in-person private special-education school. (When local public schools cannot meet children’s needs, school districts can place them in a specialized school.) [The father] said administrators denied his multiple requests in part because his son would only be socializing with students with disabilities. Where possible, IDEA requires schools to place disabled students with non-disabled peers. His son instead learned from an iPad in a classroom alone, save for a staff member who helped him, he said.

The Washington Post has reported that students are falling behind on key skills due to school closures. One story described the effect on a child named Ethan Spiros, whose public school in Arizona closed: “The special education student has been angrier and more physically aggressive, his mother said. Spiros—who was born with polymicrogyria, a condition that causes severe intellectual disabilities—hasn’t had physical therapy in months, and his walk has become more wobbly.” Another recounted the experience of an eight-year-old named Theo Duran: “Duran, who is autistic, struggles more to walk up the stairs or hold a crayon to write—all tasks he was making progress on before the coronavirus pandemic hit and shut down his school.”

Parents of children with special needs are experts at advocating for their kids. They sensed that schools’ spring 2020 promises to get students back on track academically when schools reopened in the fall were hollow. When schools closed, parents witnessed the consequences of the loss of daily structure and routine; of speech, occupational, or physical therapy; and of classroom assistance. They knew that school districts’ summer 2020 push for a “remote learning IEP” was simply a way for districts to evade legal consequences for failing to meet students’ educational needs. And they’ve seen how districts often push “accommodations”—your child doesn’t have to read the full assignment, handwrite the essay, or answer all the math problems—rather than services.

Now, parents are fighting back. Some are suing their school district to compensate for lost services; others are choosing to leave the traditional public school system to educate their kids at home or enroll them in a private school. Parents either cover the cost of educating their children on their own, sue the districts to pay for tuition, or enroll in private school-choice scholarship programs.

Before the widespread public school closures that drove special-needs families to pursue other options, more than 76,000 children used private school-choice programs dedicated specifically to students with special needs. Thousands more have flexible education-savings accounts, which give students with disabilities access to educational environments and therapies that school districts had denied them. State legislatures across the country have been enacting new choice programs and expanding existing ones this year, a legislative trend likely to continue.

School-choice opportunities are serving a growing number of students around the country. Their expansion means more options for exhausted parents no longer willing to endure public schools’ abandonment of their children.

Editor’s note: This was first published by the Manhattan Institute’s City Journal.