In defense of annual testing 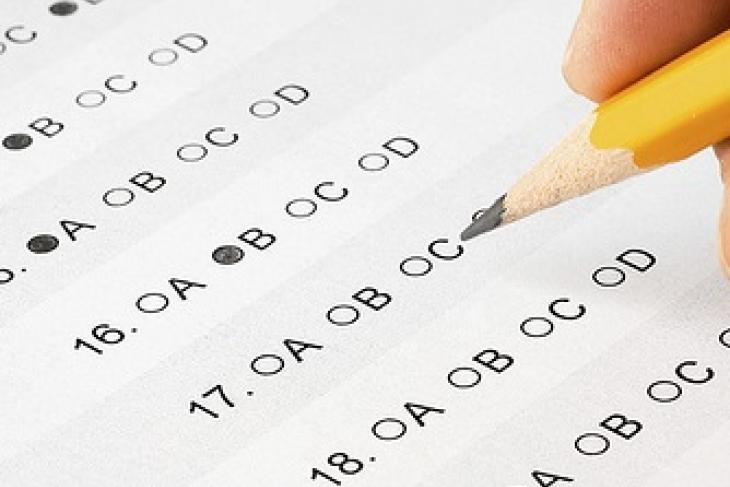 I’m writing this now in hopes I won’t have to write a future piece that starts: “Alas, a bad idea whose time has come…”

The bad idea is ending annual testing in grades 3–8, which may emerge as a consensus response to concerns about the state of standards, assessments, and accountability.

Clearly, testing is under fire generally. AFT head Randi Weingarten wants to do away with the federal requirement that students take annual assessments. Anti-testing groups are hailing state-based “victories” in rolling back an array of assessments and accountability provisions. Even Secretary Duncan recently expressed misgivings about the amount of time being dedicated to testing.

But the specific idea of returning—regressing—to “grade-span” testing might be gaining steam. Former President Bill Clinton recently said, “I think doing one in elementary school, one in the end of middle school and one before the end of high school is quite enough if you do it right.” At least two bills have been introduced in the House of Representatives to retreat to grade-span testing: One got public support from the NEA, and the other was saluted by the AFT.

What might be even more notable is the lack of vocal defense being mustered for annual testing by long-time advocates for strong accountability. Checker Finn took to National Review Online arguing for an “accountability reboot.”

Among other things, he wrote, “It’s probably time for education reformers and policymakers to admit that just pushing harder on test-driven accountability as the primary tool for changing our creaky old public-school system is apt to yield more backlash than accomplishment.” Among those elements deserving reconsideration are “NCLB-era strategies,” which, of course, include annual assessments that drive school determinations and interventions.

Similarly, annual student testing was conspicuously absent from the statement of accountability principles issued by a group convened by CRPE and Fordham.

Now, to be clear, Duncan, Finn, and the CRPE-Fordham signatories still believe in assessments. In different ways, each noted the invaluable information generated by test results and the importance of using that data to improve student learning. And right now, the leaders of the House and Senate education committees still support annual testing.

I can’t imagine our totally doing away with state tests. But a growing number of reform-oriented leaders may conclude that the cumulative frustration with NCLB, ESEA waivers, Common Core, and common assessments requires a concession. Annual testing could be sacrificed.

But before we retreat to the pre-NCLB era of grade-span testing, assess samples of students instead of all students, or revert to some other testing-light position, let’s at least recall some of the benefits of annual testing of all kids.

Now, I’m not saying that people shouldn’t be aggravated by federal intrusiveness or unfitting school classifications and interventions. But these concerns (and others) argue for additional performance metrics, different methods of assessing and classifying schools, and new approaches to school improvement. Jettisoning annual testing is a punishment that doesn’t fit the crime.

Let's continue to critically analyze the consequences of NCLB and ESEA waivers (as folks like Anne Hyslop are doing ably). And let’s explore new ways of executing state governments’ responsibility to ensure high-quality schools for all kids.

But let’s also avoid tossing the baby with the bath water. Remember, there’s a reason why today’s era of standards, assessments, and accountability exists: The era that proceeded it wasn’t working for entirely too many kids.

Policy Priority:
High Expectations
Topics:
Accountability & Testing
Thank you for signing up!
Please check your email to confirm the subscription.