Dan McKee, poised to be Rhode Island’s next governor, is a model of how to improve schools for all children 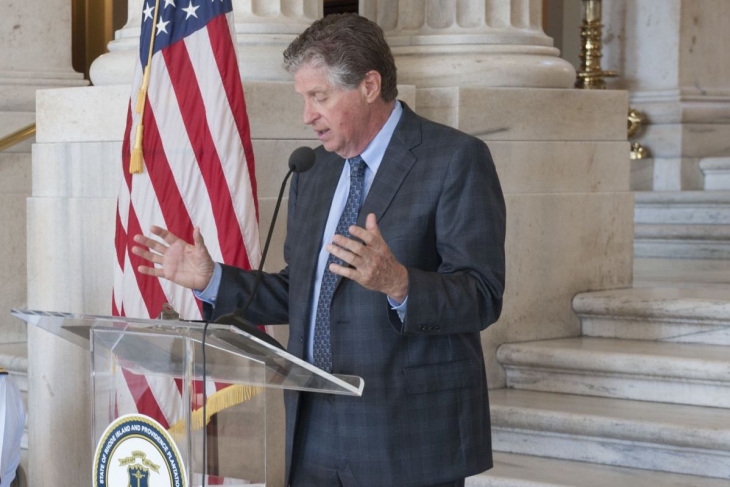 Rhode Islanders just saw their governor, Gina Raimondo, tapped to become President-elect Biden’s Secretary of Commerce. If confirmed, her appointment means that the state’s next governor will be Lieutenant Governor Dan McKee, a former mayor whose legislative efforts helped create the Rhode Island Mayoral Academies, the highest performing charter schools in the state. Unlike the typical politician who speaks in platitudes about the “importance of education,” McKee has been a principled disruptor with a laser focus on student outcomes.

Prior to his career in local and state politics, McKee was a small business owner and an AAU basketball coach. When asked about his commitment to leveling the playing field of education and opening up opportunities for kids, he invariably recalls his years as a coach. He shares memories of traveling up and down the east coast with boys whose future opportunities were wildly disparate for one reason: their schooling experiences. Despite the basketball talent they shared, their educational foundations were worlds apart. Some had attended good schools and were supported in the process of applying to college. Others were years behind academically and lacked even the most basic understanding of what college was, let alone how to apply. What he saw up close was the injustice of an education system that chains children and families to their zip code and creates educational haves and have-nots.

When he became mayor of his hometown of Cumberland, which is where I have lived since 2005, he founded the Office of Children, Youth and Learning (OCYL). This municipal office was born out of McKee’s fervent belief that we do children a massive disservice when we limit their learning to the confines of the school day. He had a vision of keeping children learning when they weren’t in school, regardless of their family income.

I personally took advantage of this program when my oldest son was in kindergarten. At the time, our town only had a half day program, so I signed him up for a literacy class that met twice a week in the morning. I paid full freight, which was extremely reasonable, but they charged on a sliding scale, and children who qualified for free or reduced-price lunch could attend for free.

OCYL proved to be a great alternative option for parents who did not have their children enrolled in a typical, often high-cost pre-school. But McKee’s vision was not just for young children. It also permits older kids to take art, music, chess, math, and SAT prep classes.

McKee has long believed that we should be asking how we can use the tools that already exist, like mayors’ offices, to increase learning opportunities for kids. Given the current crisis and its impact on learning, now might be a great time for strategies like OCYL to become part of a post-Covid system that helps us begin the very hard work of getting students back on track. Out-of-school learning has an important role to play, and a proven blueprint for it already exists.

Dan McKee was also a proponent of the importance of socioeconomic and racial integration long before it became the hot bandwagon that everyone has decided to jump aboard. Largely informed by his experience as a basketball coach, McKee set out to open a school that would provide an opportunity for children to learn across lines of difference—lines of race, income, and zip code. He wanted to build a school from scratch. And the end result, with help from countless people, became Blackstone Valley Prep (BVP), a school that would serve two urban and two suburban districts. This new charter school would level the field of opportunity so that zip code school assignment would not be an impediment to getting to and through college.

I was blessed for my own children to attend BVP through fifth grade. And I worked part-time at the school for a bit, as well. (This is also where I had the pleasure of meeting Fordham’s president, Michael Petrilli!) The school has changed the trajectory of many lives and given families hope for a future that they had only imagined before. McKee knew that if his basketball players had been able to attend school together, the lives of those who needed and deserved a different ending would have gotten one. The additional Mayoral Academies that came after BVP are Achievement First and Rise Prep.

While the Democratic party both nationally and locally has become increasingly hostile to charter schools, Dan McKee stands firm in his belief that these schools of choice are one crucial lever in getting more children into schools with high expectations that will actually prepare them for the future. Over the years, he has built a diverse coalition of mayors, community leaders, and parents who know that the status quo is a path to nowhere for far too many children in the Ocean State. I’m hopeful that his experience coupled with this new platform can be a catalyst to nudge his party back toward the educational justice that comes with giving families options.