Cumulative effects: How Boston’s exam school enrollment pipeline locks out too many students of color 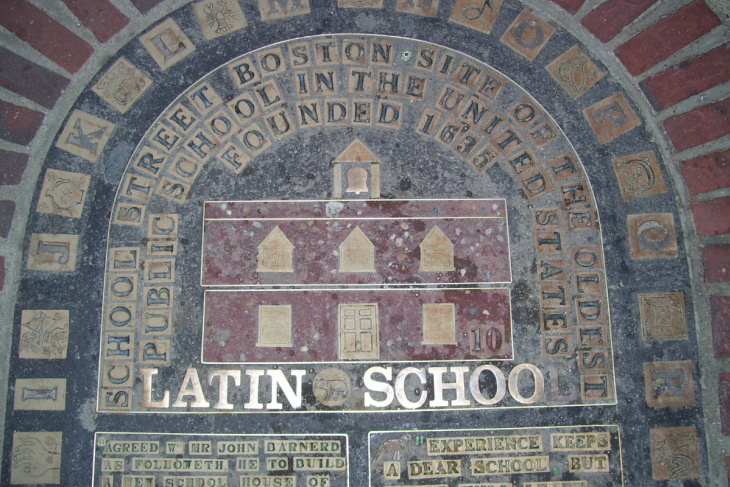 Exam schools are under increased scrutiny for their admission policies and how those affect diversity in the schools. Thus, this recent study, conducted by scholars from Harvard and Boston University, is particularly timely, as it examines how both the pipeline and the admissions process for Boston’s three exam schools affect racial diversity in the schools and racial gaps in enrollment.

Boston Public Schools (BPS) has three exam schools serving students grades 7–12. Together, these enroll 25 percent of BPS students in the eligible grades. Nearly 75 percent of BPS students are Black or Hispanic; in the exam schools, it’s less than 40 percent, and just 20 percent at Boston Latin School, which is the oldest school in America and considered the most selective and prestigious of the three. During the study period, analysts tracked students through the admissions pipeline to determine which aspects of the process may contribute the most to the racial gaps in enrollment. Specifically, they examine test taking, test scores, GPA, exam school preferences by students, exam school invitations, and enrollment.

At the time, BPS required that potential exam school enrollees in the fall of sixth grade take the Independent School Entrance Exam (ISEE)—a third-party exam popular in independent private schools—and also rank the three schools in order of their preference. The authors examine the BPS fifth-grade classes of 2006–07 through 2012–13, including demographic data. Because over 95 percent of BPS students are listed as recipients of free or reduced-price lunches, the researchers utilize a zip-code-based measure of poverty instead, indicating whether a student lives in a zip code with an average income in the bottom 50 percent of the sample. They run multiple models but find that the most stable and preferred of these includes scores from the Massachusetts Comprehensive Assessment System (MCAS) as a primary control.

Descriptively, they find that although Black and Hispanic students comprise nearly 80 percent of BPS fifth graders, they are less than half as likely as their White counterparts to take the qualifying test and less than a quarter as likely to be invited to enroll at one of the exam schools in seventh grade. However, across all subgroups, acceptance rates among invited students are similar (exceeding 80 percent), and once enrolled in an exam school, Black/Hispanic students are as likely to remain there through twelfth grade.

The large racial gaps in enrollment are driven in part by large gaps in baseline academic achievement. Black and Hispanic BPS fifth graders score, on average, at the 43rd–45th percentile of the BPS distribution on the MCAS, while White and Asian students score 20–30 percentiles higher. But the enrollment gaps are also due to differences in test-taking rates, as even among those kids with similar top-quartile MCAS scores, Black and Hispanic students are roughly 20 percentage points less likely than white students to take the ISEE at all. And when they do test, they score 10 percentiles lower than their White peers. The score gap significantly narrows—as do differences in GPAs—when looking at high achievers from the same primary/elementary schools, but it doesn’t disappear entirely. The analysts also find that Black and Hispanic test takers are less likely to rank Boston Latin as their first choice. The cumulative effect of these differences throughout the pipeline is that Black and Hispanic students are less likely to be invited to an exam school, especially Boston Latin. If no invitation is offered, neither acceptance nor enrollment can follow.

What can be done to solve the problem? The researchers simulate a number of different scenarios in which racial diversity in enrollment might be increased and find that the most effective would be to use an MCAS-based admission by school rather than the GPA/ISEE combination. Specifically, invite the top 17 percent of fifth graders at each BPS primary school to attend exam schools in seventh grade, with the top 7 percent receiving invitations to Boston Latin. This method increases Black and Hispanic representation among invited students overall from 38 to 49 percent and among those invited to Boston Latin from 21 to 38 percent.

It would be a cost and time saver, as no additional outside exam would need to be purchased or administered, and it would mean that every student would be required to take the “entrance exam” (i.e., MCAS) rather than needing to opt in to start the process. But it would also mean that less-qualified students from certain schools would replace more-qualified students, because there’s a scarcity of exam schools (unlike using local norms such as “top 10 percent” for gifted and talented programs that can simply be expanded to serve more children). That may (or may not) be a trade-off worth making.

Either way, some steps toward a new framework have already been made, with BPS easing access to the optional ISEE administration in 2019 and temporarily removing the exam portion of the entrance requirement in response to Covid testing restrictions in 2020. The latter move has thus far stood up to legal scrutiny, but the parents group that brought the suit has promised to appeal. As the pandemic eases and in-person testing can soon resume, the lawsuit will likely be moot, but the problem of underrepresentation of minority students will not, nor will the problem that school systems need to do much more to address the huge achievement gap that arises for Black and Hispanic students by the time they emerge from the elementary grades.

This report offers a road map to a possible fix that would identify more capable students and help move them through the pipeline to enrollment. But it is far from perfect.