A conservative agenda for school board members 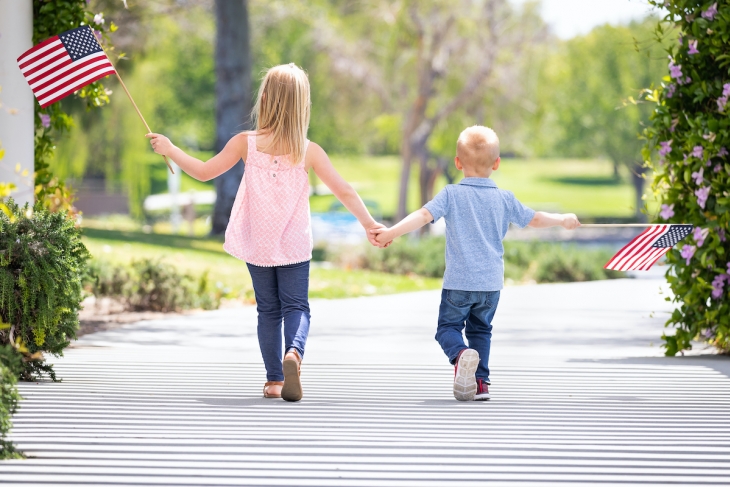 Let us start with a confession: As card-carrying members of the school-choice and testing-and-accountability wings of the education reform movement, we have at times been dismissive, even hostile, to local school board members. That’s because these elected officials, constrained as they may be by laws, regulations, and the leanings of those they employ, have often seemed willing to protect the status quo and resist changes intended to overhaul the jalopy we call American public schooling.

But we’re ready to look afresh, mindful that it’s unfair to view anything in the sprawling K–12 sector as a monolith. Plenty of school boards may still be allergic to change, but that doesn’t mean all of them are. We’ve also come to see that, viewed in a certain light, school boards are mainstays of civil society—a subset of what political theorist Edmund Burke long ago called “society’s little platoons”—which the United States needs to strengthen in order to rebuild communities that have been stressed by globalization, the hollowing out of the middle class, and drug- and alcohol-linked deaths rooted in despair.

Most importantly, we’ve come to see that the individuals best positioned to push back against so much of the nonsense that courses through our schools and our society—history emphasizing the nation’s shortcomings, antipathy toward strict discipline, and on and on, much of it stemming from the political left—are school board members, especially those with a conservative orientation.

No, they can’t make change singlehandedly; even a unanimous school board vote doesn’t guarantee that any given policy or program will be implemented faithfully. We also understand that conservative board members are outnumbered in many places, especially blue and purple parts of the country. Yet if we don’t want to cede public schooling to the “progressive” left, as we have seen in many universities, it’s urgent that conservatives make their views and voices heard.

So we come to you now, school board members, not with hat in hand, but with a three-part agenda to recommend.

First, let our schools refocus on preparing children for informed citizenship. Let’s rekindle young Americans’ understanding of history and civics, including the kinds that inculcate an informed love of country, even while acknowledging past failings and present challenges. (Saying no to the New York Times’s dubious “1619” curriculum, which casts America as a fundamentally racist nation, would be an excellent start.) Not just civic activism, not just protest, not just the odd community-service project, but the totality of informed citizenship for a democratic republic that values its pluribus but also needs a lot of unum.

Second, restore character, virtue, and morality to the head of the education table where they belong. No human attribute matters more than good character, and nothing is more important for schools to do than to foster such character. A core attribute of sound character is self-discipline—and a core problem facing educators is indiscipline in their classrooms. How to address this has emerged as a key distinction between contemporary liberals and conservatives. The former tend to focus on whether disciplinary actions taken by schools are discriminatory—that is, they concentrate on the interests of those so-called perpetrators—while the latter tend to focus on the interests of well-behaved learners whose education is being disrupted. Schools need to rebalance these concerns.

Finally, let us build an education system that confers dignity, respect, and opportunity upon every youngster, including those who don’t go to college, as well as those capable of zipping through it. Committed as we are to a solid, shared core in everyone’s curriculum, we mustn’t suppose that everyone is headed to the same destination or moving at the same speed. By the midpoint of high school, it’s important to open multiple pathways into adulthood—and to make clear that they have equal merit. America has overemphasized college-for-all at the expense of high-quality career education and other honorable alternatives, thereby robbing many people of the dignity, respect, and neededness that make for a healthy society. Character, responsibility, and self-discipline reappear here, too. A key goal of school should be to inform teenagers about the “success sequence” and encourage them to follow it: Finish school, get a full-time job, get married, and start a family—in that order.

Together, these three elements constitute a solid—if potentially provocative—agenda for school board members with a conservative tilt. Make sure your district’s approach to American history is both critical and patriotic. Don’t be afraid to embrace forms of character education that instill good old-fashioned notions of right and wrong. Ensure that your elementary and middle schools offer opportunities for acceleration and deeper challenge for your strongest students, but also make sure that your high schools don’t send the message that a four-year college degree is the only path to dignity and a family-sustaining wage.

We don’t expect all who view themselves as conservative to agree with all those recommendations. And those who do must expect to lose many debates. Leftist, Howard Zinn–style curricula will often continue to prevail over proper respect for America’s history in all its wondrous complexity. Social-emotional learning and “action civics” will often swamp purposeful efforts at character education and civic education. College-for-all and hostility to gifted and talented education will often win out over plural pathways and timely acceleration.

But defeat is not inevitable. Many times, school boards will find a way forward that takes the best ideas from left and right, not just from the left. That’s essentially what happened during the previous era of school reform, back when compromise was a way of getting important things done and bipartisanship wasn’t a curse word.

Editor’s note: This article was first published by Education Week.