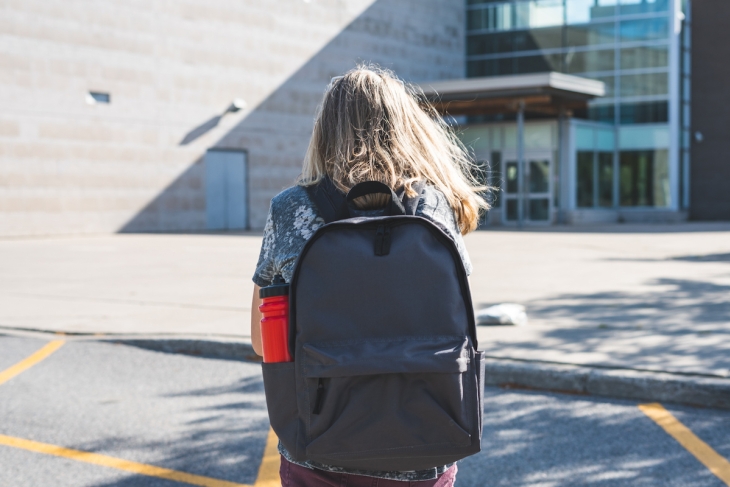 In 2016, the U.S. Department of Education launched an offshoot of the Pell Grant program intended to assist low-income high schoolers in accessing college credit through dual enrollment. (Generally, only high school graduates are eligible to receive Pell Grants.) Various forms of dual enrollment were burgeoning at the time, but concerns also persisted that those same students traditionally underserved by Advanced Placement and International Baccalaureate programs were being locked out of this version of early college credit acquisition, especially due to cost. Each state that offered dual enrollment ran its programs differently, including who paid and how much. The federal effort was meant specifically to overcome financial hurdles for low-income students, building off the traditional Pell Grant model. A recent evaluation published in the journal AERA examines participation in the dual-enrollment support program, as well as its impact, after three years of implementation.

Using student level data from ACT, Inc., the researchers look at four states that each had at least one post-secondary institution participating in the Pell Dual Enrollment program (PDE) and that administered the ACT college entrance exam to all high school juniors. They focus on the graduating cohorts of 2017, 2018, and 2019, who would have been eligible to participate starting in their junior year, and they identify a full sample of 1.6 million students who lived in proximity to any dual enrollment-offering institution in those four states during those years. The National Student Clearinghouse provided data on any college course participation during high school and any subsequent postsecondary enrollment of all students in the sample.

Only 2 percent of students in the sample lived within twenty miles of a PDE institution. And while some dual-enrollment programs provided courses at students’ high schools, the researchers assume—based on their interviews with staff at a number of postsecondary institutions—a requirement that students must participate on campus. Thus, while nearly 25 percent of all students in the sample signed up for at least one dual-enrollment course in their high school careers, the vast majority of these were at non-PDE institutions.

A difference-in-differences analysis showed that proximity to a PDE institution actually reduced the likelihood of Pell-eligible students’ participation in dual enrollment at all. This effect was most pronounced for students who live in high-poverty zip codes and whose parents did not attend college. They were 9 percentage points less likely to participate in dual enrollment than were their peers living near non-PDE institutions. The PDE program also appeared to have no statistically significant effect on college enrollment after high school graduation for any group.

In looking for mechanisms to explain how an access-support program actually suppressed utilization, the researchers discuss anecdotal evidence gathered from dual-enrollment-offering colleges across the country. As noted above, the varying state rules for dual enrollment often related to families’ cost. Some states already provided full financial support through K–12 funding, some left payment up to interested families, some included books and lab fees in that support, others just tuition. The value of the PDE support was effectively different for families in different places, thus creating a useful support for some while leaving insurmountable hurdles for others. College officials interviewed also pointed the finger at high school staffers—especially guidance counselors—for either misconstruing dual enrollment as “free credits” to everyone when it wasn’t or for not telling eligible students about the PDE support at all, leading to applicants who could not afford to follow through or PDE beneficiaries being entirely unaware of the opportunity.

Additionally, colleges with established dual-enrollment programs (and experienced staffers dedicated to that work) who could potentially wade through the minefield of confusing information on behalf of students were less likely to offer PDE programs. A number of institutions visited by the researchers started offering dual enrollment because of the new federal incentive but were unfamiliar with many of the difficulties already surmounted by their peer institutions. The analysts conclude from this evidence that federal requirements—including FAFSA completion and other income verification paperwork—were onerous and were largely left to families to manage. If college officials were available to help, anecdotal evidence suggests more Pell-eligible students were able to surmount these and other bureaucratic roadblocks.

The report ends with a tiny bit of hope: As high schools and colleges gain more experience with the PDE program, more students intended to be aided by it will be able to access it in 2020 and beyond. However, PDE was actually cancelled in 2021 due to the low utilization rates that were observed by the researchers, which persisted beyond their analysis period. Be it availability or proximity or money or a paperwork burden, any one or a combination of factors could have served to deter a Pell-eligible student’s participation in dual enrollment, thus dooming the effort. Evidence strongly suggests that adding the additional layer of federal bureaucracy did nothing but increase the difficulty for students who were already being locked out of dual enrollment.