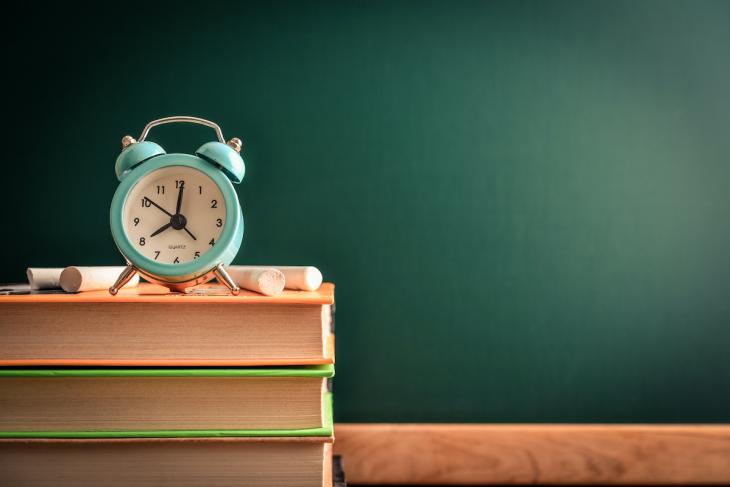 Hard as it may be to believe, the Knowledge is Power Program, better known as KIPP, is now older than a lot of the people who teach in its schools. The first KIPP school opened in Houston in 1994, and it’s now the 800-pound gorilla of urban charter school networks, with nearly 250 schools and over 100,000 students in its classrooms, and another 13,000 former students on college campuses across the nation. With twenty-five years of data to draw upon, KIPP’s results have long offered a leading-edge glimpse into the effectiveness of its model and the “no excuses” practices it pioneered—practices that have influenced or been adapted by a generation of college prep charter schools and brand-name CMOs.

I’d somehow overlooked this study from Mathematica, published in September, which adds to our understanding of KIPP—and the respect the network has earned for its work getting underserved kids “to and through” college. It’s a long-term tracking study that followed 1,177 students who applied to one of thirteen different lotteries for oversubscribed KIPP middle schools in 2008 or 2009; it utilizes a randomized control trial design to explore the impact of KIPP middle schools on student enrollment in a four year college, and on college persistence in such schools, during the first two years after high school graduation. Students who received an admissions offer through the lottery were compared to non-winners of the enrollment lottery, whether or not they attended. “Attending KIPP following a middle school lottery produced an increase of 12.9 percentage points in enrollment in four-year college programs,” Mathematica found. “In our sample, 51.8 percent of students who attended KIPP enrolled in a four-year college within two years after high school graduation, compared to 39.0 percent of control students” (a more conservative methodology still produced an impact estimate of ten percent). “In other words, the impact of attending a KIPP school (10 to 13 percentage points) would be almost enough to erase the nationwide racial disparity in college enrollment rates.” The author’s deemed the college persistence data “more ambiguous,” noting that those offered admission in KIPP’s lottery were nearly 5 percent more likely “to enroll immediately after graduation in a four-year college and remain enrolled for two years, but this difference was not statistically significant.”

Danielle Eisenberg, who oversees research and evaluation for the KIPP Foundation, points out that focusing exclusively on four-year college enrollment and persistence may underestimate the network’s overall effect on student outcomes. The study defines persistence as enrolling in a four-year college right after high school and remaining enrolled for four semesters. “That is not what plays out for a lot of our kids and how they get through college,” she notes. “Sometimes they’re taking some time before they enroll, sometimes enroll, drop out, and go back. A lot of times they’re going to two-year colleges and then transferring, which is not appearing in this data set yet.”

KIPP has long been admirably transparent in reporting college enrollment and persistence rates, and recalibrating its curriculum, culture, and overall approach based on those outcomes. Thus as interesting and affirming as this study is, what’s coming into view on the horizon may be even more important and offer the ultimate referendum on “no excuses” schooling at large. With the earliest cohorts of KIPP middle schoolers approaching their fortieth birthdays, we will soon have long-term data allowing us to evaluate not just whether this brand of education is effective at getting low-income kids of color “to and through” college, but the long-term effects of KIPP on employment, earnings and upward mobility, family formation and stability, health, and well-being—the broader life outcomes and measures of well-being for which college graduation is mostly a suggestive indicator or proxy. In other words, what is the impact of this style of schooling whether or not students attend college at all?

A tantalizing glimpse of what might be mined from this emerging vein of ore was produced last summer by WHYY radio, Philadelphia’s NPR outlet. Enterprising reporters tracked down thirty-three members of the 2003 inaugural class of KIPP Philadelphia to see how they were faring in adulthood. On the one hand, their recollections are not uniformly positive (KIPP officials complain that the reporters and producers of the piece focused exclusively on those who had not gone to college, the promised outcome of the school’s founder). On the other, the picture that emerged of strict and even humiliating student discipline practices feels at least somewhat dated, suggesting a No Excuses 1.0 view of the network and its school culture. Even so, “we came across no dramatic stories of lives crushed by KIPP’s disciplinary focus and didn’t find any former students who are currently in prison,” WHYY reported.

The piece also validates Eisenberg’s suggestion that the Mathematica report might undersell KIPP’s impact. Of the thirty-four kids who left KIPP in 2007, “almost none…did four years at one high school followed by four years at one college.” Yet six years after high school graduation, 35 percent of the class had an associate or bachelor’s degree. At the seven-year mark, the number was 44 percent. And even students who were less than enamored of their experience suggested it had an effect. “It’s like the army, man,” said one ex-KIPPster to WHYY. “You leave out a totally different person.”

In a few years, the data will begin to show just how different. Eisenberg tells me her team has a few long-term research initiatives “underway.” Stay tuned.