In Colorado, a hard-fought defensive victory for charter schools 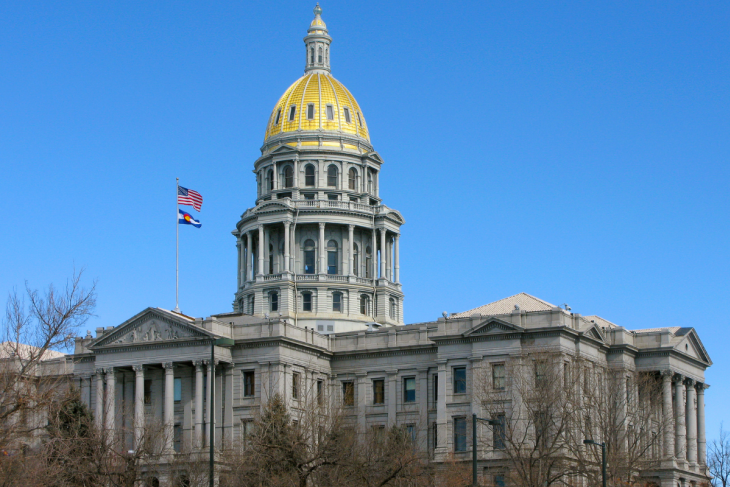 When history looks back upon the coronavirus period and its effect upon schools, one redeeming aspect may be the spotlight that’s been cast upon parental choice in all its forms. Poll after poll after poll after poll suggests that the amount of time it took for many public schools to open for in-person learning—especially in contrast to private schools—helped fuel the flurry of choice programs created by state legislatures over the past year. By the same token, it’s worth remembering that success isn’t only measured in new laws but also in the protection of existing ones. To wit, a furious attack on charter schools was just beaten back in Colorado.

Last month, the state’s house education committee shot down HB21-1295 on a 5–4 bipartisan vote, following some unprecedented political shenanigans that were part of a failed bid to dissuade charter supporters from even testifying at the bill’s hearing. The noxious proposal would have irreparably altered the process by which charter schools in the Centennial State could appeal the decisions of local school boards. Under current law, if a district rules against a charter school (i.e., on an initial petition or contract renewal), an appeal can be filed with the state board of education. This body is empowered to make a final ruling, using a fair and balanced standard that prioritizes the needs and interests of students above all else.

HB21-1295 would have flipped the orientation so that the appeals process starts with the presumption that the denial of a charter is in the best interest of students, unless demonstrated otherwise by the appellant. But the criteria for doing so as outlined in the bill were so laughably amorphous as to make it essentially impossible for the state board to exercise any discretion in the course of adjudication. In effect, the bill would have completely gutted the state’s charter law.

To be sure, nothing makes the eyes glaze over faster than the intricacies of the appellate process regarding charter schools—more so when the legalese is layered on thick. The bill’s cosponsors were surely counting on making their bill appear dry and tedious, but local advocates swiftly saw through the plot. To their credit, groups like the Colorado League of Charter Schools (I serve on the League’s board of directors) helped rally charter supporters, sending over 50,000 emails to legislators and sounding a call to action.

The defensive effort was further aided by Ready Colorado, a state-based conservative-leaning advocacy group that repurposed a website to illustrate the importance of a legitimate and fair charter appeals process. The site features a five-minute video that tells the compelling story of a Denver-area school that had its charter pulled by a local school board under specious pretenses, despite being one of the best schools in the state. The school understandably appealed, and the state board overruled the local district in a unanimous decision. This story wouldn’t have had a happy ending if HB21-1295 had been in effect.

With 261 charter schools serving over 131,000 students, the third-highest concentration in the country, it’s not difficult to understand how Colorado would be ripe for a groundswell of anticharter sentiment. But in this case, there’s an even more dismaying backstory. The wheels for HB21-1295 were greased last fall, when the state board ordered Denver Public Schools (DPS) to reconsider its capricious decision to delay the expansion of the district’s highest-rated middle school. Once a haven for school choice, the Mile High City is now openly hostile to it.

DPS had little recourse but to backpedal after it was called out by the state for having no real arguments against the school. But that retreat galled several board members, including one of the bill’s cosponsors, who had just been elected to the House of Representatives and currently serves on both bodies.

After four hours of emotional testimony, much of it from charter families, the bill’s rejection by Colorado lawmakers is evidence of the state’s strong advocacy community as well as a testament to the breadth and depth of support that charter schools continue to have among voters. At the same time, the razor-thin margin in committee illustrates that Colorado is by no means impervious to the headwinds facing charter schools nationwide. The political shift in Denver is a particularly stark reminder that the forces of resistance and repeal are relentless.