Colin Kaepernick and the death of the common school 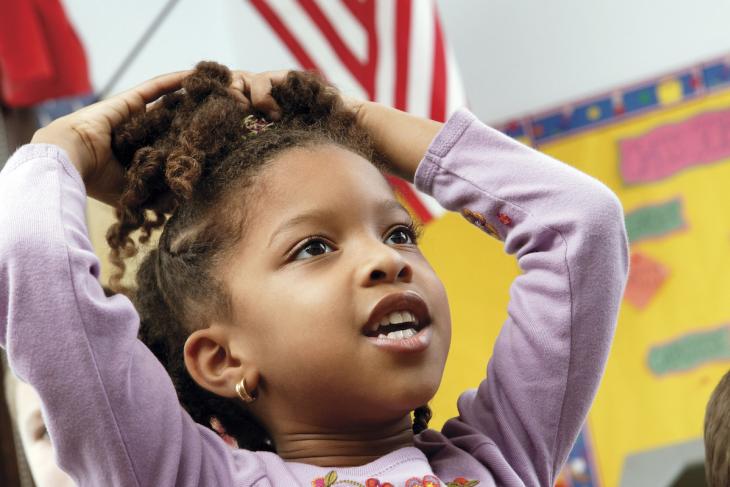 Shortly before the Fourth of July, Colin Kaepernick was in the news again for his role in persuading Nike, the company for which he is a paid endorser, to withdraw from the market a new sneaker that featured an American flag circa 1776. He and others reportedly felt the so-called Betsy Ross flag is “an offensive symbol because of its connection to an era of slavery.” The outrage cycle in our public discourse moves at light speed; another day, another target. But my own response was closer to exhaustion tinged with despair. This one left a mark. Rich Lowry in the National Review put it succinctly: “The American flag's place in our culture is beginning to look less unassailable.”

I have long been an unapologetic disciple of E.D. Hirsch, Jr., and the ideas embodied in his Core Knowledge curriculum, simply because Hirsch alone among educational theorists described precisely what I saw for years in my South Bronx elementary school classroom: children who could decode with relative ease, but struggled with reading comprehension. The issue was not student engagement, a lack of authentic texts to read, culturally relevant pedagogy, or insufficient practice with reading “skills and strategies.” It was background knowledge. My students lacked “cultural literacy,” the taken-for-granted allusions, references, and knowledge of history, science, art, and literature that writers and speakers assume their readers and listeners possess, and which is the wellspring of language proficiency. Ensuring that disadvantaged children have access to a content-rich education remains the greatest, and mostly unaddressed, challenge in American education.

The absence of a common curriculum is one of the ways in which American education differs significantly from standard practice in many other countries. But let's state the matter bluntly and without flinching: A nation that cannot agree whether its original flag is a symbol of pride or oppression is not one prepared to reach consensus on what its children should learn in public schools. Those of us who advocate for a knowledge-rich core curriculum for students should accept this and move on. There is no foreseeable upside or winnable endgame in trying to impose our curricular prerogatives on one another, regardless of the weight of scientific evidence behind it. The centrifugal force of the American public sphere is becoming overwhelming, nearly unbearable. It is fanciful, if not delusional, to suggest that we can beat each other bloody over politics, culture, religion, even issues basic to civil society such as citizenship, but then set all that aside and “focus on what unites us” in our schools.

If this sounds dour and defeatist, it needn't. In a new paper for the Manhattan Institute, Ashley Berner of the Johns Hopkins Institute for Education Policy makes a strong and compelling case for educational pluralism, which she emphasizes is “not just a clever way to say ‘school choice.’” The school-choice movement in the U.S. “assumes the norm of uniformity, even while arguing against it,” Berner notes. “By contrast, pluralism carries quite different assumptions about what public education should look like.” Among them are that education is a “common good,” not merely a private one, and located within civil society, not entirely the domain of the individual or the government. In other words, all of us have a stake in the quality of education afforded all children, whether or not the government runs the schools, or merely funds and regulates them. Describing schools as public or private no longer makes sense. Pluralism shifts the conversation from “public schools” to “public education.”

I suspect I'm not alone in having assumed for so long that America's basic formula of public education—the government both funds and operates schools—was the default mode for most nations. Berner's paper makes the eye-opening point that the U.S. is closer to an outlier. “Educational pluralism—a school system in which the government funds and regulates, but does not necessarily provide, public education—is the democratic norm around the world,” Berner writes. “The list of educationally plural systems is long, and it includes the United Kingdom, Hong Kong, Belgium, Denmark, Indonesia, Israel, Sweden, and France.” Note that many of these countries also outperform the U.S.

The most persuasive point Berner makes is to acknowledge what we know but seldom say: Education is not a neutral enterprise. “Schools instruct children, whether explicitly or implicitly, about meaning, purpose, and the good life,” she writes. “Pluralism acknowledges the non-neutrality of education and thus supports a mosaic of schools that differ from one another in significant ways.” This echoes a point made in a compelling paper on social and emotional learning just published by the University of Arkansas’ Jay P. Greene, who agrees with SEL advocates that “something important is missing from modern public education,” while observing that their efforts are “likely to fall far short if they fail to acknowledge the moral and religious roots of SEL.”

What is true of SEL or character education is true of education at large, and not a threat to democracy or civil society. Our most committed social justice activists would surely approve of the Jesuit tradition of “educating for others, pursuit of justice, and concern for the poor and marginalized.” The search for truth, goodness, and beauty in the classical tradition only enriches education. Our nation would be richer, not poorer, if all parents had the option to educate their children within these traditions or myriad others, in a public-financed, plural system of schools.

Education is more meaningful and resonant when situated within an intellectual, cultural, or religious tradition—one that is embraced, not imposed or marginalized by a sentimental attachment to a Common School ideal that has proven wanting for too many for too long. If the argument is that common schools are needed to ensure tolerance and civic engagement in a diverse society, the record doesn't match the rhetoric. A robust body of research suggests that with few exceptions, private schools (particularly Catholic schools) are more likely to produce actively engaged citizens who are less bigoted toward other faiths and cultures.

Crucially, pluralism needn't be the death knell of common knowledge or curriculum. Berner cites the example of Alberta, Canada, which implemented a robust provincial curriculum that all students need to learn. “This curriculum can be delivered through distinctive school cultures and materials, but all students have to master the same information,” she writes. “Alberta is now one of the world's highest-performing systems.” A national curriculum is clearly unconstitutional in the U.S. States, and districts, however, would have no obvious barriers to establishing one.

Hirsch, myself, and many others have long lamented the content-free, skills-driven, curriculum-agnostic brand of schooling that has come to dominate American primary education. This state of affairs is due in part to mistaken notions about how children learn. Surely, it is also attributable at least in part to a reluctance to engage on controversial topics in public schools, from evolution and abortion to global warming and race relations, which are minefields for teachers. Adding endlessly to their number—including our founders and our flag—only incentivizes watering down the content of education to the insipid and anodyne, or to retreat further into skills-driven, student-selected mush, making it impossible for teachers to serve their honored and traditional role as guides to the best that has been thought and said. Wait. You're uncomfortable with teachers serving as arbiters of quality?

Of course you are. And that's why we need pluralism.

I remain a committed and unapologetic Hirschean. Kids need content. But I don't have the energy any longer to look for “things we can all agree on” as the basis for a common curriculum. Let Colin Kaepernick take a knee during the Star-Spangled Banner. I'll take one because I'm exhausted.