Why Alberta is a model for education reform 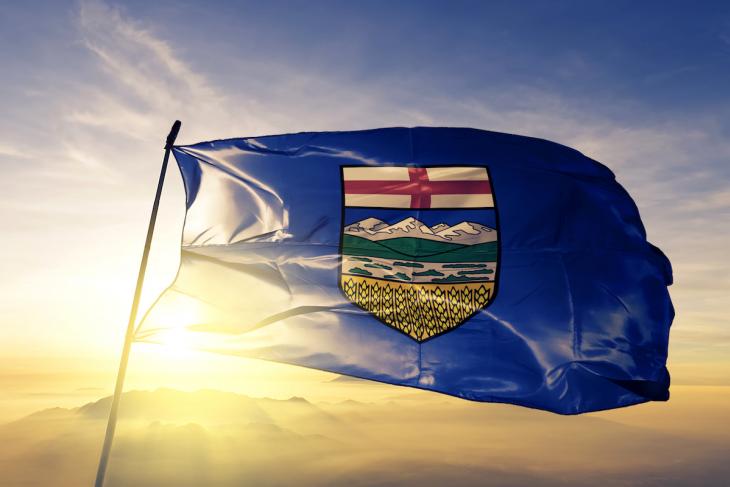 Alberta, Canada, is a fascinating model for educational improvement. Like the United States, the province jettisoned intellectual content in the early twentieth century, local property values drove school funding, and “public schooling” was narrowly defined. But in the 1980s and 1990s, Alberta changed all three of these constraints and now stands out for its strong curriculum and assessments, expansive educational pluralism, and equitable school funding—not to mention high PISA scores.

How did the province pull it off? To untwist the threads, Johns Hopkins University’s Institute for Education Policy, of which I’m the Deputy Director, asked Alberta’s Amy von Heyking, educational historian at the University of Lethbridge, to walk us through one of the three strands in depth: curriculum and assessments.

Dr. von Heyking’s report, released today by our institute, offers an under-the-hood view of the depth and breadth of Alberta’s curriculum and correlative assessments—which the province, notably, requires across the variety of state-funded schools, whether Catholic, Jewish, First Nations, or secular. Home-schooled students must also participate.

The background. As von Heyking noted in an earlier work, Alberta’s progressive approach to instruction championed from the early 1900s onwards—“learning how to learn” instead of “learning something in particular”—had gutted any semblance of academic heft. By mid-century, high schools required only two subjects for graduation, social studies and English. And by the 1970’s, the activities of the classroom focused largely on students’ self-actualization and on psychological history: “Why did Stalin behave as he did?” for example. The province’s performance on international assessments was lackluster, despite its growing wealth. In the late 1970s, teachers and several landmark reports began to call for greater coherence and clarity in the curriculum, and by 1980, the government pledged to bolster high educational standards.

This momentum allowed a new structure for curriculum development. Master teachers, university professors, and the provincial education department collaborated on subject-specific learning goals; commissioned publishers to create classroom materials that reflected them; and piloted and approved classroom resources and professional development videos. From 1980 on, as von Heyking tells it, Alberta’s instructional resources have been intellectually demanding and widely shared across very diverse schools and classrooms.

The current landscape. Von Heyking’s report summarizes the current programs of study in core subjects, and they are impressive. We find, for instance, that two of the eight “learner expectations” in the the sixth-grade science unit on air and aerodynamics call for students to “provide evidence that air takes up space and exerts pressure, and identify examples of these properties in everyday applications,” and “describe and demonstrate instances in which air movement across a surface results in lift.” How many sixth-grade classrooms in the United States even come close?

Or in social studies, tenth-grade students are expected to explain in class and on provincial assessments issues like “the [intellectual] foundations of contemporary globalization” and “multiple perspectives regarding the relationship among people, the land, and globalization.” In fact, even when social studies units are issues-oriented—“Should Canada’s federal government build a Trans-Canada pipeline?” for example—students are expected to explore concepts via demonstrable knowledge of Canada’s constitution, federal structures, and “the role of the media in relation to political issues.” Such expectations imply not only political knowledge, but political skills as well—two indicators of democratic formation.

For its part, the English language arts curriculum seems at first blush to focus on skills rather than content; there is no prescribed literature, for instance. Yet von Heyking notes that several factors result in “remarkable uniformity across the province in the literature students engage with”:

Thus, in all subjects, instructional materials are widely used across the province, despite being non-compulsory. It’s similar to Louisiana’s instructional strategy that, while also non-binding, results in widespread use of high-quality materials.

The provincial assessments reinforce the curriculum by testing key components—but not all components—of the instructional frameworks. Educators participate at every stage of development, from blueprinting items to marking exams. Results are made public at school and provincial levels and are intended to inform schools’ three-year academic plans.

Von Heyking does not imply that Alberta’s instructional program is “settled law.” She outlines current tensions with which the province is grappling, such as the charge—validated by qualitative research—that instruction may be narrowing in pursuit of better test scores, or that the shift to online assessment platforms reduces test quality and validity. Another growing concern is a possible link from the assessment’s constructs to the achievement gap between First Nations and mainstream students. And a recent study found that districts and schools often over-interpret assessment outcomes, using them for purposes for which they were not designed, such as to evaluate educators or to place students into academic tracks. Von Heyking discusses these and more in her review.

Applicability to the United States. Education policy cannot translate precisely across national boundaries because exogenous factors are simply too numerous to control. Moreover, to an outsider, Alberta’s structural, financial, and instructional reforms may look like some kind of genius “grand bargain” that has actually held up over time. But the reforms occurred across a decade rather than at all once, so their sum is greater than the parts. And Alberta’s three key ingredients—expansion of non-public schools, redistribution of property taxes, and the move from a skill- to a content-based curriculum—do appear in policy debates in various states, even if they rarely, if ever, come up together.

One can find an approximation of the trifecta in Indiana, whose school systems include robust choice and accountability mechanisms, as well as a turn away from property-based school funding. Illinois’s 2017 legislation that created a tax-credit program, combined with state assessments and an increase in district-school funding, is likewise encouraging. But nowhere has there been reforms as comprehensive as Alberta’s. At least not yet.

Ashley Berner is the Deputy Director of the Institute for Education Policy at Johns Hopkins University, as well as an Associate Professor at its School of Education.