The chronic condition of American education 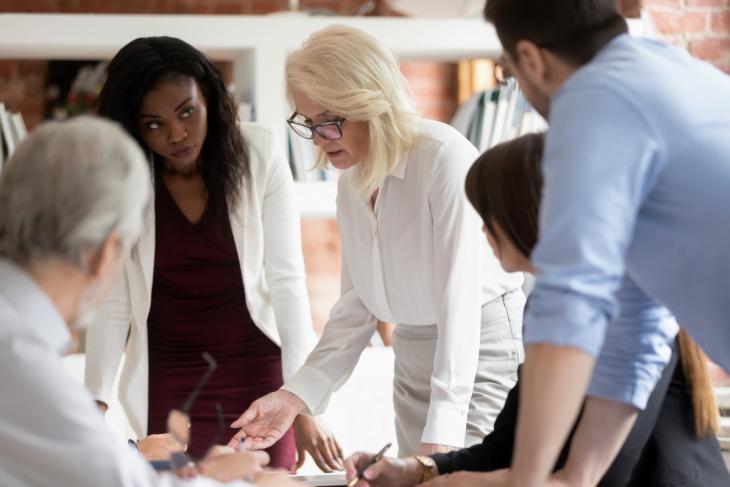 I proudly serve on the board of the Colorado League of Charter Schools. Last week, we made the difficult decision to cancel our annual conference in response to the cascading public-health crisis. The League joins a growing list of now-nixed education-related confabs—as well as sporting events, cultural activities, and much more—as more people come to realize the danger posed by the coronavirus and its rapid acceleration.

Over one hundred countries have already shut down schools nationwide, to say nothing of the millions of students whose lives have been impacted. It is now inescapable to the public that with Covid-19, it is not business as usual. We are in a place right now where things will get worse before they begin getting better. Federal, state, and local authorities are mobilizing with deliberate speed. That’s the thing about a crisis: it creates a sense of urgency.

Habitually, many in education have long employed the same language—mistakenly, in my view—to describe our sector’s predicament. From the lackluster performance of low-income minority students to the stubbornly persistent inequities plaguing our nation’s large urban communities, the list of grievances is long and varied. But consider for a moment what a crisis is supposed to entail. According to Merriam-Webster, a crisis is a decisive moment, an unstable or crucial time, or a situation that has reached a critical phase. In other words, a crisis is temporary in nature in that it has a defined beginning and end.

Take your pick from the myriad alphabet soup of student groups (for example, FRL, ELL, SPED, SLD, MSI, and GT). Which one has seen a sudden and dramatic spike in achievement? The performance of America’s schools can be described in many ways (I’m partial to “flat as a pancake”), but “temporary” would not be one of them. Especially when compared to our international peers, America’s middle-of-the-pack standing goes back as far as the eye can see. Yes, we have serious achievement, opportunity, and honesty gaps, but they’ve been with us before the coronavirus and they’ll still be here long after Covid-19 fades from memory.

As opposed to the real and immediate public-health risk posed by the new pathogen, the threat presented to our children by our mediocre education system is of a far more durable variety. It is not a crisis in any literal sense of the word. Rather, education’s dilemma is a chronic one. Think of the term as used in describing someone with chronic back pain or chronic indigestion. Back to Merriam-Webster, chronic is “continuing or occurring again and again for a long time.” After fifty years of subpar performance, today’s academic shortcomings metastasized long ago and are symptomatic of our education system.

The distinction between crisis and chronicity is important because a response to the former is necessarily different than treating the latter. In the case of Covid-19, the discussion has been around containment and mitigation. The containment ship has long since sailed; hence, the present focus is on mitigation tactics, such as social distancing to “flatten the curve” so as not to overwhelm the nation’s healthcare system. Taking a crisis lens to education would be akin to sprinting through an ultramarathon, which is to say that our education system is not to be contained or mitigated (“we must act now!”); rather, it is better understood as a condition approaching permanence that must be reshaped and reformed with both care and vigilance.

Granted, it could be argued that school-choice proponents and those working to create a new system outside the system are trying to contain the problem by going around it. But the process is a glacial one from the perspective of scope and scale, and the crisis model still doesn’t fit. For the vast majority of the fifty-odd-million public school students in our country, improving their educational prospects and reversing course on the system’s chronic issues will require new thinking and a broader perspective.

Yuval Levin is right that a good place to start would be by toning down the cataclysmic rhetoric historically employed by reformers. Word choice may seem trivial, but it has too often framed our problems as “immediate and apocalyptic dangers” rather than serious challenges to be addressed using deliberate and gradual processes. Indeed, hyperbole and hubris can motivate people to get off their complacent duffs but only in the short term. It doesn’t do much to help win public support and rally more allies to the long-term cause of improving America’s schools.

This doesn’t mean apologizing for the hard-fought progress that has been realized, but it should require distinguishing a deep-set systemic problem from an urgent “crisis” type of problem. Reformers must figure out how to dial back the scare rhetoric without leaving people even more complacent and resigned than they already are. Even when there was a semblance of bipartisanship, the last twenty years of reform have shown us that there are limits to pushing for change when the underlying strategy rests upon lighting fires and sounding alarms. We would do well to appreciate better the chronicity involved, because continuing to operate as if there is an education “crisis” is a fool’s errand, even if it’s a well-intentioned one.