In Chicago, a new early-warning indicator for elementary schools 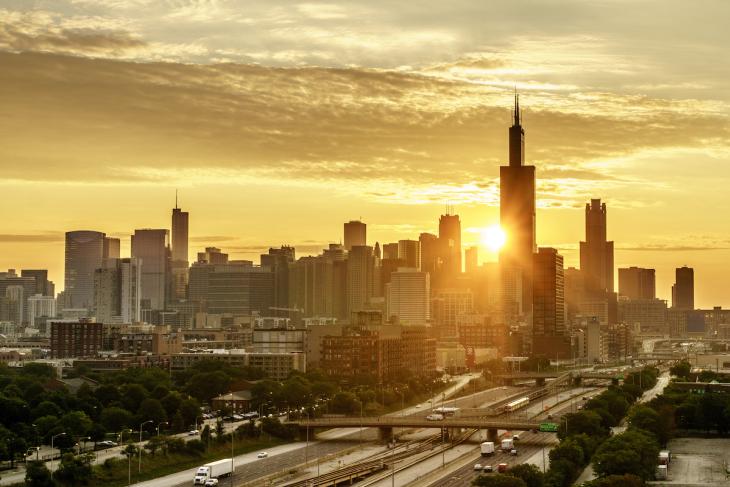 At its first meeting last month after a changing of the guard, the Chicago Board of Education approved changes to the School Quality Ratings Policy (SQRP), the district’s accountability system. In place since 2014, the SQRP rates district and charter schools on a five-point scale (“1+” is the highest and “3” is the lowest) using a weighted system that considers a range of academic and non-academic factors. Notable among the changes is the addition of a “3–8 On-Track” measure for elementary schools—which are K–8 in Chicago—based on grade point average (GPA) and attendance.

Early-warning-indicator and intervention systems date back almost thirty years, and have primarily focused on high schools. The impetus behind these systems was dropout prevention. Two seminal reports, On Track for Success and High School Graduation and College Readiness Indicator Systems, have informed the current efforts to develop and refine early-warning systems, with Chicago at the forefront. While the specific measures used may vary, what they often have in common is collectively known as the “ABCs”—attendance, behavior, and course performance—or “BAG” (behavior, attendance, and grades).

There are many reasons for schools and districts to employ early-warning systems as part of their accountability frameworks. For starters, research suggests that high school GPA is more predictive of college success than demographics or test scores. As the Urban Institute’s Matthew Chingos notes, “This makes sense given that earning good grades requires consistent behaviors over time—showing up to class and participating, turning in assignments, taking quizzes, etc.—whereas students could in theory do well on a test even if they do not have the motivation and perseverance needed to achieve good grades.”

If you listen to education practitioners, they’ll often tell you how a high school’s graduation rate is foreseeable as early as kindergarten. To wit, a student who isn’t proficient in reading by third grade is four times less likely to graduate high school. Add the effects of poverty into the mix, and a poor struggling reader is thirteen times less likely. It’s no wonder that districts like Chicago are mining such predictive risk factors in the hopes of preempting the ailments of high school when intervention is often too little too late.

Chicago’s 3–8 On-Track measure smartly aims to apply the lessons learned from the freshman on-track indicator to the elementary level, but it wouldn’t be the first foray into the early grades. Six years ago, Montgomery County Public Schools—located outside of Washington, D.C.—published an illuminating study on their exploration of early-warning indicators. Among the many interesting findings was that a first grader below grade level in reading or math was twice as likely to drop out of high school. A student suspended in first grade was five times more likely. However, it’s worth noting that results like these are often contextually dependent, and that Chicago’s new elementary indicator doesn’t include student behavior.

Prior research in Philadelphia found that behavior infractions in middle school were related to later high school dropout, but this has not been the case in Chicago. This could be due to differences or a lack of consistency in discipline practices between the two cities. More research is needed on the use of behavior data as an early-warning indicator. While the evidence around attendance and grades is strong, the predictive strength of behavior data is less certain at present.

But regardless of whether behavior is factored in, Chicago has been using 3–8 On-Track informally for some time, so their decision to formally include it as part of the SQRP is a promising development that should be worth watching. In addition, with Illinois’s decision to drop out of PARCC, locally developed accountability systems like the SQRP could gain additional prominence as a more consistent measure over time.

This fall, the new elementary indicator will be worth 10 percent of a school’s rating. This feels like a reasonable place to start, though the district would be wise to keep their eyes peeled for the possibility of grade inflation. Simply raising grades won’t help a student’s preparation for high school, so more standardized measures might be considered as a useful check. For example, the state’s efforts to better align their current slate of assessments could be leveraged in the near future.

As Chicago moves forward with the latest iteration of SQRP, it will be interesting to examine the impact of the 3–8 On-Track indicator on high school success, and whether any effects persist or fade over time. With more states easing off on accountability, the best hope for innovation (i.e., broadening the scope beyond standardized tests without diluting a system’s rigor) may very well rest on the shoulders of district leaders. Bravo then, Chicago, for leading the way in the hopes of forestalling failure early enough that interventions can actually make a difference.