Charter school teachers are teachers, too 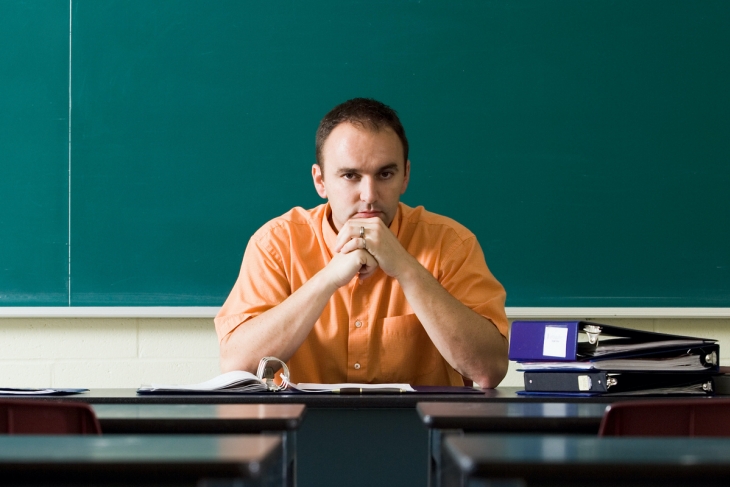 I was excited to meet a fellow high school teacher at a neighborhood potluck, but when she found out I worked at a charter school, she immediately said, “I don’t support charter schools.”

It happened again on my first day of graduate school, during our second round of icebreakers. Efforts were made to create diverse, inclusive circles—including the naming of gender pronouns—yet when it came up that I worked at a charter school, one of my new classmates jumped in to declare that I was part of an evil corporate empire.

And it’s happened to many colleagues, too. An award-winning charter teacher was leading a free workshop about his best practices only to be interrogated about his school’s policies during the Q & A. A Black friend facilitating a supportive affinity space for teachers of color was repeatedly berated with questions like “Who is funding you?”

Does this happen to people in other fields—where within seconds of meeting someone who shares their profession, they are told to their face that they are bad people because of where they work?

Politicians often cast publicly funded alternative schools such as charters as adversaries of traditional districts over issues such as funding and unionization. Many states and cities fund neither type of school adequately, leaving them to compete for scarce resources.

And charters frequently hurt their own cause, sometimes speaking condescendingly of “saving” poor Black and Brown children from “broken” district schools only to end up in the news for problematic behavior themselves.

Yet how have we created a climate in which teachers so quickly assail one another over where they work?

We as teachers bemoan our nation’s political polarization but impulsively reproduce it ourselves. We call for kindness, yet so rapidly resort to the call out. We argue for assuming best intentions, yet don’t trust fellow educators to choose the available job where they think they can be most effective. We celebrate critical thinking, yet so readily accept misleading talking points—e.g., that charters are far-right-funded, for-profit parasites out to bust unions and destroy public education.

As always, the reality is much more complex. I myself worked for a decade in a charter founded by left-leaning educators who had unsuccessfully fought for years for racial equity in the local district.

Over the past year, while some traditional districts adeptly responded to the pandemic, others clearly struggled. How are we so confident each of our nation’s 15,000-plus school districts best serves the needs of each of our 50-plus million K–12 students? Why can’t we instead agree that within any sector of schooling—whether district, charter, parochial, or private—there are stronger and weaker examples of the type?

We do our profession and our pupils a disservice when we impulsively lash out against each other, rather than envisioning ourselves as part of a diverse constellation of educators all doing our best to serve our students’ diverse needs. We all have a role to play—as sociologist Eve Ewing argues—in creating high-quality schools for all children. And the work of groups like Teach Plus reveals how powerful we can be as united teacher-leaders striving towards this mission.

Perhaps the greatest irony is that, when we as teachers lead with attack rather than inquiry, we forego a tremendous learning opportunity. Next time we meet a teacher who works in a different setting, let’s instead ask what it’s like at their school and how they came to work there. Ask what the school does well, what it’s still working on, if they like their job, and if they would send their own children there. When we approach these conversations with genuine curiosity, teachers usually respond with remarkable vulnerability about their own schools.

We can even use these moments to test our own biases: “I’ve heard that X schools often struggle with Y. Is that true in your experience?” For example, teachers unions are frequently villainized in the charter sector, so I might ask district teachers about the role that unions play in their school and about the degree to which they support or hamper larger improvement efforts. The range of responses I receive both reinforces and complicates the typical narrative—giving me more perspective on initiatives in my school, and a more complete picture of how my practice fits into the larger landscape.

And when Covid-19 hopefully recedes, why not go a step further and set up half-day visits to each other’s school? Contracted professional days can often be used for such observations instead of the usual boring workshops. Over the past decade, I have used them to visit dozens of schools. These observations almost always leave me with inspiring ideas to bring back to my school, and they have helped me build a diverse network of teacher-leaders to whom I can reach out when future dilemmas arise.

In this era of intense polarization, let us not fall for those who seek to divide us and instead reach out and learn from the disparate sectors of our profession. Let’s have high school teachers visit pre-kindergarten programs. Let Quaker school teachers visit Catholic schools. Such interactions will only challenge our assumptions and deepen our insights into how we can better serve all of our students.

Henry Seton is a humanities teacher-leader, writer, and presenter.