The casualties of “college for all” 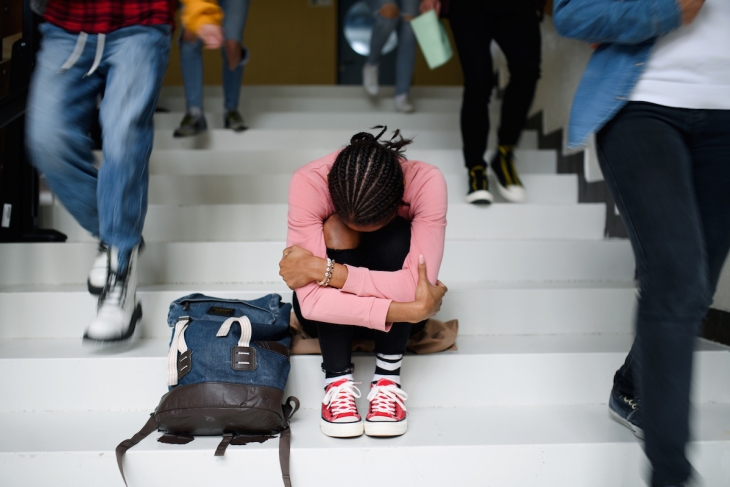 A couple of weeks ago, I shared some ideas about how schools and districts can move away from the well-intentioned but deeply flawed “college for all” mindset that has permeated the education reform world and has, in turn, harmed many of the disadvantaged students whom the approach is meant to benefit. Here I build on that argument with a more granular dive into where a lot of these students actually go when they matriculate, and why those schools end up being bad choices for them.

Accepting that not every child should go to college is a natural evolution for the education reform movement. If the goal of ed reform is to narrow achievement and opportunity gaps, one way to do that is through empowering parents. Charter schools emerged as alternatives to a structurally broken education system that trapped lower-income students in poor-performing schools for generations. (It’s no coincidence that, in many cities, school district lines almost perfectly mirror redlining maps of the 1930s.) More options for families will yield better outcomes for students.

Seen through this lens, helping some students develop career paths that might run through non-college, post-secondary training is in keeping with the goals of education reform. The child and family—not the school—choose the career path, basing it on their own interests and circumstances. But our current college-at-all-costs culture minimizes the circumstances of families. It’s still common to see high schools—traditional and charter—brag that 100 percent of their seniors are accepted to college, even if we know that statistically many of those students will not persist through.

All kids deserve a high-quality education, but we also need to recognize that poor kids don’t have the same wiggle room as rich ones. The affluent have other resources to support children who may not complete college, may take longer, or may emerge with less-marketable degrees. It’s not a big deal for a wealthy family to pay the almost $200,000 cost of Sarah Lawrence College, even though its median graduate will only earn $45,000 annually ten years after enrollment.

Lower-income, first-generation students simply don’t have this safety net. Moreover, many of them wind up in less-selective or open-enrollment colleges, where they are unlikely to graduate. And even if they do graduate, these credentials aren’t as marketable as those from more-selective institutions. The numbers matter for these students, and the numbers are daunting.

This year, slightly more than 8,600 students will enroll at Medgar Evers College, a four-year college with a 90 percent acceptance rate that is part of the City University of New York system. Ninety-eight percent of them are students of color, and 67 percent will qualify for Pell grants. But according to the Equitable Value Explorer tool designed by the University of Texas system, their median annual earnings are $16,000 less annually than the overall median of those with a bachelor’s degree in New York state ten years after enrollment. A similar situation exists across the country at Los Angeles Southwest College, which is open-enrollment and serves 87 percent students of color. Its enrollees will earn $10,500 less than the median holder of an associate degree in California ten years after enrollment.

In the vast majority of cases, students don’t even complete their degree. As Michael Petrilli noted in these pages, “[w]e call it the ‘college wage premium,’ but we should really call it the ‘college completion premium.’” As much as we might wish otherwise, the colleges that low-income kids default to tend to have shockingly high dropout rates. Only 13 percent of students complete Medgar Evers or LA Southwest. Bunker Hill Community College, only a few miles from Harvard and M.I.T., enrolls over 18,000 students but graduates just 14 percent of them.

Financial concerns play a role in college persistence, but even in New York State, where the Excelsior Scholarship covers the cost of tuition at public universities for families making less than $125,000, almost 80 percent of community college enrollees will drop out. In many cases, they’re simply not prepared for the academic rigor. In New York City, even as the previous administration touted increases in college readiness metrics, the education department at the time conceded that most of the growth was tied to the removal of an advanced math requirement, not to student achievement. And this is before one considers the social and emotional challenges of the transition to college, the lack of institutional support, and for some students, the lack of a sense of purpose or motivation in being there.

College may well still be the best post-secondary plan for most kids, and we should take as many steps as we can to ensure that our high school graduates succeed there when they choose to enroll. If we do our job right, even if students enter ninth grade behind grade level, most should graduate academically prepared for the next step. Providing students opportunities to earn college credit while in high school also makes a huge difference, since kids who enter college with credits in the bank are less likely to drop out. And as the CUNY ASAP program shows, intensive support for community college students can have dramatic effects on college persistence (though the program currently serves just a fraction of community college students).

Still, given the challenges that many low-income students face every day, it’s naive to think that there aren’t some for whom there are better choices, at least immediately after graduation. Objectively, it’s hard to make a case for attending a college where more than 85 percent of students fail to graduate, and even those that earn a degree don’t gain much economically from it. But these crucial nuances get lost in the “college for all” narrative.

As ed reformers, we take pride in our focus on outcomes. A cleareyed analysis shows that, for many of our students, the college options they have are simply not good choices. We need to let go of our myths and do what’s right for our students.